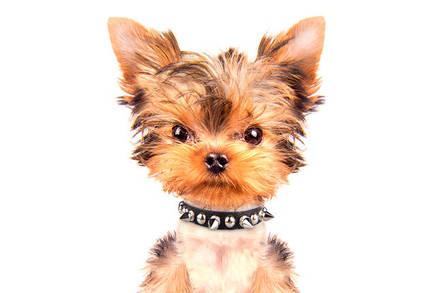 Huge delays at Human Rights Tribunal as cases pile up

A tribunal set up to hear breaches of human rights has become so overworked and underfunded it can’t even schedule a phone conference to plan a hearing, according to an email sent by a staff member.

The amount of work handled by the Human Rights Review Tribunal has doubled over two years even though funding and staffing levels remain the same.

It has meant huge delays for those bringing complaints of discrimination, harassment and privacy breaches.

And for those who have brought cases, the Herald has learned of two that have had a three-year delay in having decisions delivered.

Associate Justice Minister Aupito William Sio told the Herald: “I am very conscious of the increase in workload being faced by the Human Rights Review Tribunal and have been briefed by the Ministry of Justice.”

He said there were two law changes heading for Parliament – both introduced when National was in power – but recognised more needed to be done.

“I am actively considering other ways to address the issues being faced by the tribunal”.

It can’t come soon enough for those who have taken complaints to the tribunal seeking prosecutions of those they claim had breached their rights.

Activist and blogger Martyn Bradbury said he was stunned to receive an email from a tribunal staff member telling him that it had no idea when his case against the police would progress.

He had been seeking a telephone conference with the tribunal and police to schedule the next steps in his case after police were found to have unlawfully accessed his data during the hunt for the Rawshark hacker.

The email sent to Bradbury stated: “The timing of a case management teleconference will depend entirely on the resources which the Government makes available to the tribunal.

“At the present time no accurate estimate can be given as to when a teleconference will be convened.”

Bradbury filed his case with the tribunal midway through last year after finding police had unlawfully accessed his banking information, citing “computer fraud”. The police inquiry appeared to have led to credit applications by Bradbury being handled and then rejected by the bank’s fraud unit.

Bradbury, who said he had nothing to do with the Rawshark hack, said the financial stress caused by the rejected application had huge mental health repercussions.

“The stress of all this, the sense of these ‘invisible hands’ moving against me, culminated in severe depression and self harm with two suicidal episodes at the end of 2016.”

He said the tribunal offered a chance to restore the damage done and the delay “gnaws away at you”.

“It is frustrating. This is the only avenue to hold police to account.”

Barrister Simon Judd, who takes prosecutions on behalf of the Director of Human Rights Proceedings before the tribunal, said the workload had led to delays which were frustrating.

“It can be very frustrating for the clients and they are waiting months or even years for a judgment. That’s pretty unacceptable.”

…the Human Rights Review Tribunal is the only mechanism open to citizens of NZ to hold the Police (and the State) to account for their abuses of power. The Independent Police Conduct Authority only has the power to recommend or suggest resolutions, the HRRT can force the Police to comply.

In my case, the Police have used huge loopholes to trawl the private information of thousands of NZers and put that taken information onto the NZ Police intelligence computer which is open to half a dozen other agencies without one warrant signed.

That we are in a situation where the only Tribunal in the land that can hold the Police and wider State to account is so underfunded that it can’t prosecute cases is an abomination to everything we should believe regardless of whether you are right wing or left wing.

I refuse point blank to allow the Police to get away with this level of mass surveillance abuse against me our my fellow New Zealanders.

UPDATE: The Associate Minister for Courts and Justice has reached out to me personally via Twitter with the following…

…I am meeting with MPs next week and will have an update on the latest after that.