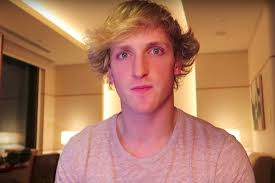 Calling out the ‘maverick’ Logan Paul for his coverage of a Japanese suicide below Mt Fuji is hypocrisy. Yeah he is a self-promoter and he should have edited the jokey stuff off his video. He needed to mea culpa for that. But he wasn’t recording the brutal deaths of thousands of babies in Syria on Youtube, he wasn’t shocking youth raised on war games and the TV coverage of the never-ending war on terror. Or ghoulishly replaying those who fell from the twin towers continuously. He wasn’t recording the epidemic of GIs who suicide because they are abandoned to PTSD.

What he was doing was unintentionally busting the hypocrisy of those who don’t want youth to talk about suicide because they might do it. Fuck off. Logan Paul is no maverick. He allowed himself to be trolled, rounded up and hog tied by the moral sheriffs of the West and tarred and feathered in Main Street while Wall Street couldn’t give a damn.

The Japanese have dealt with this shocking situation with resignation. Many people go to the forest below Mt Fuji to kill themselves. A famous novel “Norwegian Wood” by brilliant author Haruki Murakami features it. Did the family of the suicide make any effort to find him? Are they shocked or insulted? Should we be shocked on their behalf? Suicide is almost a ritual in Japan where alienated youth end their lives in their thousands every year. Just like more GIs kill themselves in the US than in actual wars. And who gives a fuck? Who did Logan Paul offend but the sanctimonious self-appointed moral guardians of US cultural imperialism and its profiteering movie and internet empires?

So instead of groveling before the moral police, let’s talk about suicide, record it, rub the noses in it of those who ignore, personalize it, treat it as an offence against private ownership of bodies, as part of their celebration of or submission to a dying economic system that sacrifices its youth in the millions with impunity. Let’s show youth that capitalism kills in all of its gory detail for its sacred profits. Kill capitalism, save yourself, and save humanity.

If you want to be a maverick Logan Paul, don’t submit to a public trolling and cultural lynching. Don’t treat suicide as just another event we cannot control. Educate yourself about suicide and alienation and do something serious about stopping it.