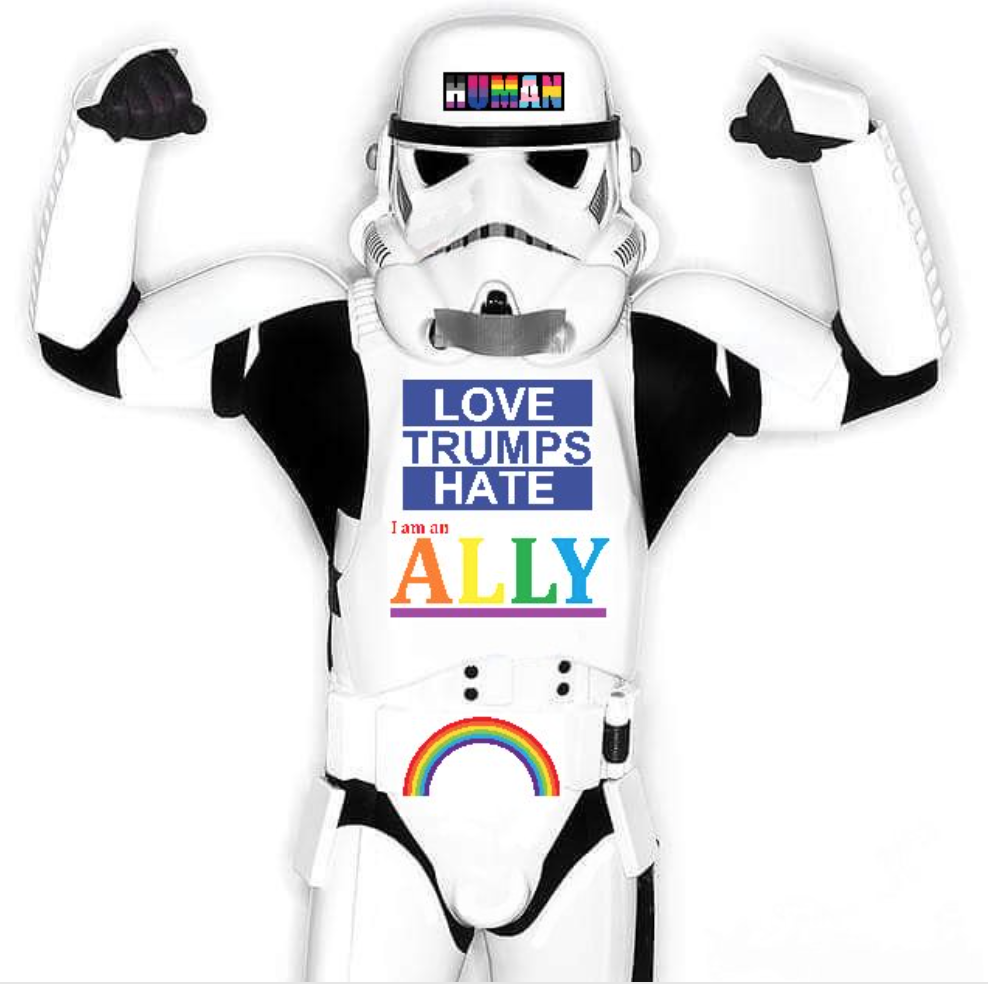 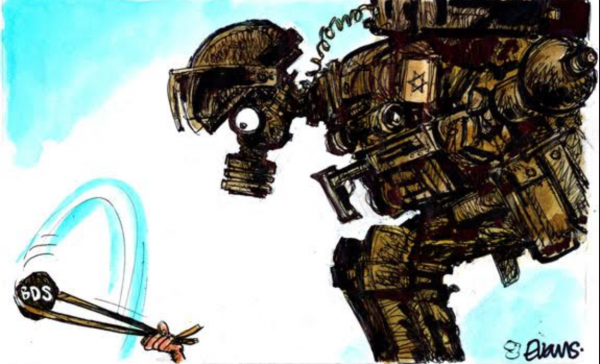 There has been an enormous amount said about Lorde’s decision to not play Apartheid Israel. There have been hypercritical claims from some on the hard left that her stance is empty and self interested and there have been claims from pro-Israel critics she is being hypocritical.

Neither criticisms hold up to much scrutiny and both miss the far bigger picture that Lorde’s ignorance actually highlights for us. 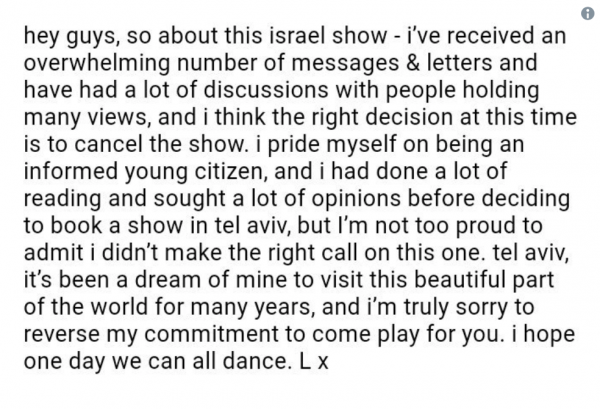 ..in a year where men couldn’t find the vocabulary to apologise, here is a young woman who admits a mistake, publicly acknowledges that she made a mistake and reverses her decision.

Lorde has shown more humility and courage in one apology than almost every male accused of inappropriate behaviour this year.

What is the most important part of Lorde’s apology and decision however is her acknowledged ignorance, but before looking at that, let’s just throw some of the criticisms used against her under a bus.

…as the first Blog to come out and publicly call on Lorde to reverse her stance and publicise that she was actually playing Israel and as the only political Blog in NZ that gives weekly coverage to the brutal and horrific occupation of the Palestinian people, I reject those criticisms.

Lorde’s ignorance highlights a far deeper problem the BDS movement faces. I noted this at Gideon Levy’s brilliant lecture earlier this month that the cultural genocide of the Palestinian people has become a boomer movement without deeper awareness within Millennials. The reason for that is a point I’ll make later, but let’s also combat the pro-Israel criticisms.

Israel’s de facto ambassador in NZ, David Farrar,  has run the Israeli propaganda line that Lorde is a hypocrite for playing in Russia and America because Russia is an authoritarian regime and America is run by Trump.

What this bullshit criticism utterly misses is the context here. Neither Russia or America are currently occupying a people to create a cultural genocide and bitterly punish them. Attempts to paint Russia’s annexation of Crimea and the 50 year illegal seizure and occupation of Palestinian land as the same thing is something only the truly desperate like Farrar and Israeli apologists would attempt.

It’s a bullshit comparison that is nonsense.

There is a hypocrisy, but it’s not the one Israel’s apologists are making.

The real hypocrisy here is that many of Lorde’s feminist activist base who are currently all swooning over her decision to not play Tel Aviv are the same who breathlessly lined up to buy Wonder Woman tickets despite the lead actress being a former member of the IDF and a pro-settler cheerleader because white middle class tertiary feminists wanting a kick arse action hero was more important than Palestinian human rights.

Israel’s brutal 50 year occupation and theft of Palestinian lands is one of the great global  human rights abuses on par with the atrocity of Apartheid South Africa and Israel with their apologists are always keen to paint any criticism of their cultural genocide as anti-semitism.

Which brings us to the real issue that Lorde’s ignorance highlights, the power of Israeli propaganda.

The ongoing violence used against the Palestinian people is hidden from the mainstream media. Too many news editors know the danger of ever discussing the illegal settlements and the injustice of Israel’s occupation because the claims of anti-semitism flow effortlessly from Israel’s rabid defenders.

Israel works hard to paint themselves out as progressive… 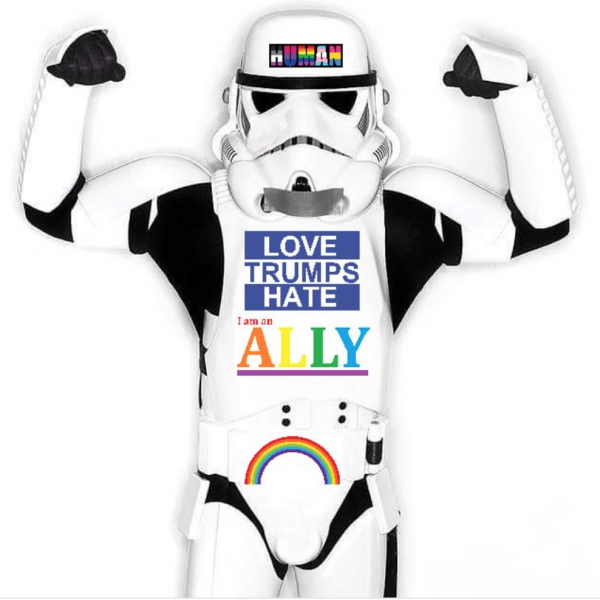 …the truth is the total opposite.

Israeli’s live in a cognitive dissonance when it comes to their occupation and refuse point blank to work for peace. It is only by applying enormous pressure upon Israel to do the right thing that any change can occur.

Gideon Levy himself noted that the only way to force Israelis from their denial was to boycott Israel on every possible level be it art, culture or sports.

Lorde’s decision to not play Israel is brave and legitimate, and her initial ignorance is a reminder of the power of pro-Israel propaganda.

If we were to seize this moment, we would start questioning the huge number of IDF members who are allowed to holiday in NZ and look to start applying travel bans as part of a concerted BDS effort.

Israel must never be allowed to believe that their brutal occupation of Palestine will be accepted or forgotten by people of conscience.

Talking of forgetting, let’s end on this… 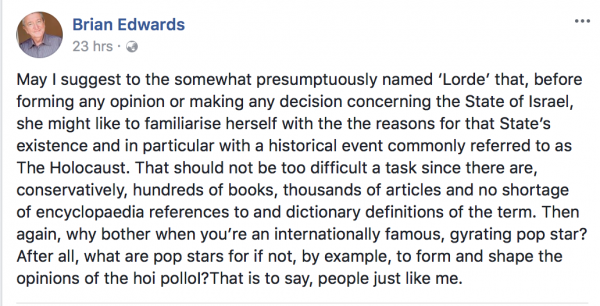 …I think it’s always sad when a former great broadcaster ends up being irrelevant to the present debate. Brian sounds bitter that a young woman has made an ethical stance and all he’s left with are ‘but what about’  styled arguments that sound more like the nakedly self-conscious defensiveness of a man ignored.

Brian is better than this, we should remember him for what he did in broadcasting, not sorry brainfarts like this. 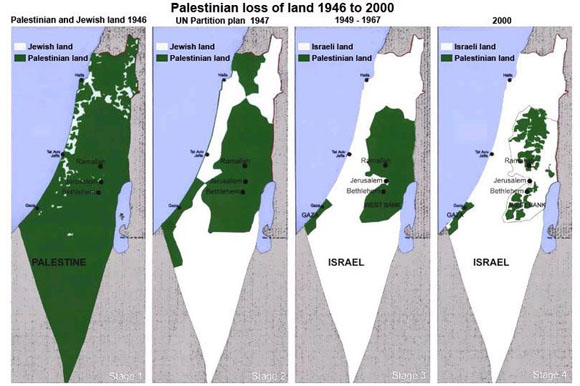 …should always impress upon us that Israel’s true desire is a cultural genocide and expulsion of the Palestinian people. That Israeli’s know first hand the Holocaust horror of the mass punishment they are now inflicting is merely an ironic symptom of how damaged they have become, it is no longer an excuse for their occupation.

Lorde showed real courage by rethinking her decision and refusing to play Apartheid Israel, we should show the same degree of courage, especially after our vote in the UN, to take this much further and apply more pressure like reviewing Israeli Defence Force members holidaying in NZ.