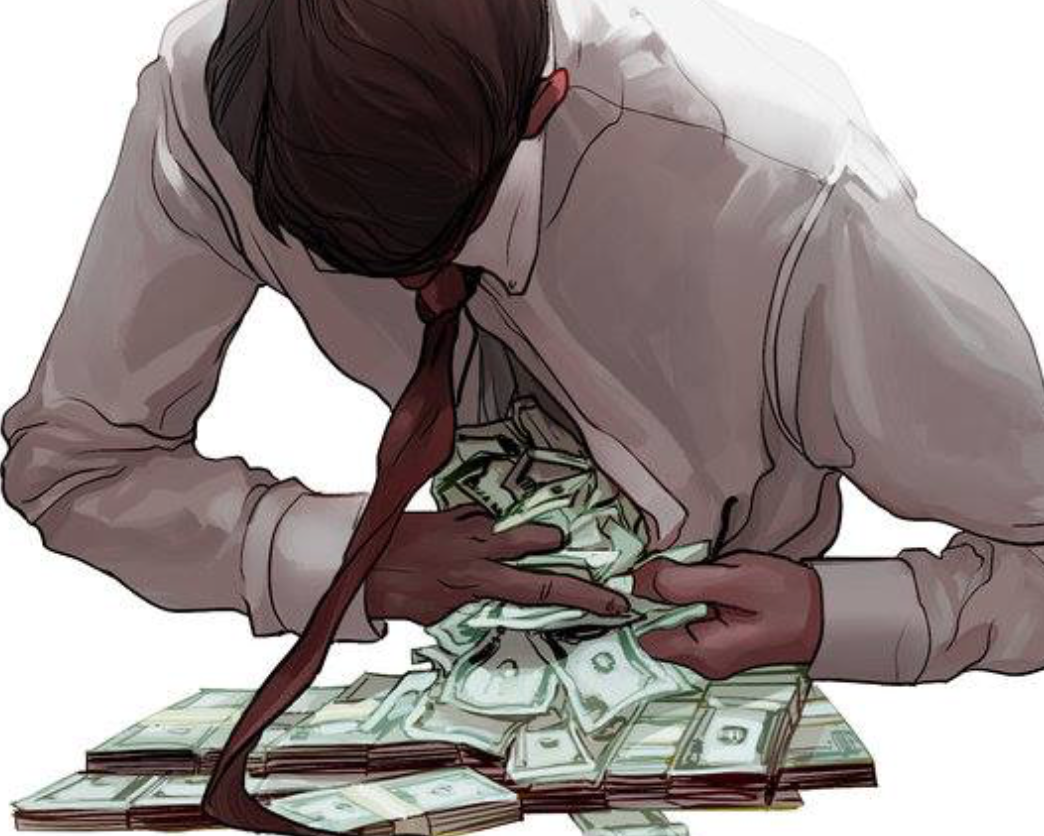 One of the most oft-used, parroted cliches in the right-wing lexicon…

“ The hard bit of that is reorganising Government – the way the Government works with our most complex families – because frankly, Government doesn’t do that good a job with people who have really serious needs.

So you shouldn’t expect waves of cash – that’s what everyone else is promising. We can tell you from years of looking at it hard, throwing money at intractable social problems won’t have an impact.”

And again he said it;

“ I suspect it will be a matter for public debate, because New Zealand First and Labour have a track record of throwing money at every problem and making no difference to those problems.”

“ Yeah well if throwing money was the answer to this problem then quite frankly we would see – you know the numbers are coming down significantly through those Labour years, because they put significantly more money into these organisations, but we haven’t seen fewer children being neglected.”

“ If I thought throwing an extra 30 or 40 dollars a week at beneficiaries would mean that those children were not abused and neglected, I’d be fighting with that with every inch that I’ve got. It is far more complex than that. Far more complex.”

“ The Prime Minister set 10 challenging targets for public services in 2012. That is because we want results from spending, rather than just simply throwing money at problems.”

And again he said it;

“ Unfortunately, my dear friends at the TEU say we should keep throwing money at everything every time.”

“ Unlike the Opposition, which is very keen to throw money at a problem…”

Gerry Brownlee kind of said it;

“ Labour’s first instinct is always to throw money at an advertising campaign, rather than fighting fire with fire.”

And even National backbenchers like Melissa Lee added their ten cents worth and said it;

“ It is less about throwing money around on a problem and more about changing the way we work, so that the services we deliver are more effective.”

One of the most commonly parroted cliches from the rightwing of politics; “throwing money at the problem” – usually with the add-on; ” – doesn’t solve anything“.

Except, of course, when it comes to tax-cuts. Then it’s not so much “throwing money” at middle class and affluent voters – as labelling it a “reward” – as Joyce called it in May 2017;

National ministers were adamant that “throwing money at problems… made no difference to those problems”. But – according to Joyce – throwing money at households through tax-cuts achieved a remarkable outcome;

“ The measures in this budget are expected to lift 20,000 households above the threshold for severe housing stress, and reduce the number of children living in families receiving less than half of the median income by around 50,000.”

Perhaps there are two different forms of money being used; red money for the poor; blue money for the middle class? Perhaps National should have printed less of the red stuff, and more of the blue?

But what colour money was being invested in;

Obviously child poverty exists in this country. Despite former Social Welfare Minister, Paula Bennett, refusing to measure the size of the problem five years ago – by September this year, National’s (then-)new, Bill English was forced to concede that it was a serious crisis confronting our country. In the face of mounting pressure from a resurgent Labour, he finally admitted that at least 100,000 children were living in poverty;

“ The Package is designed to especially assist low and middle income earners, and will reduce the number of children living in families earning less than half of the median income by around 50,000. Labour showed their true colours by voting against it.”

“ If we can get elected within two or three years we can have a crack at the next 50,000 children, getting them out of poverty.”

Suddenly, it seems, National ‘discovered’ child poverty existed in this country. It’s amazing how focused a government can be at election time when opposition parties are nipping at their heels.

Perhaps we should have an election every year?

In 2015, National stole a policy page from the Left by announcing it would raise welfare benefits by $25 a week. (Actually, $23 per week after extra accomodation supplements were taken out. Can’t have “benes” wasting an extra $2 on milk, bread  or something equally silly.) Almost overnight, National went from “not throwing money at welfare” – to “throwing money at welfare”.

The result was a predictable (if slight) success: child poverty fell by 1%.

According to the 2017 Child Poverty Monitor, released by the office of the Children’s Commissioner today, the number of children living in homes considered to be in income poverty has dropped one percent in the last year – from 295,000 (28 percent) in 2016 to 290,000 (27 percent) this year.

Other figures from the annual report, now in its fifth year, also show a dip in the number of children considered to be from New Zealand’s poorest homes – with 70,000 children (six percent) satisfying the threshold for experiencing severe material hardship, down two percent from 85,000 in 2016.

“In 1982, the percentage of children in families experiencing income poverty was 14 percent, compared to 27 percent now”, the report said.

Paula Bennett – who only five years ago stated categorically that “if throwing money was the answer to this problem then quite frankly we would see – you know the numbers are coming down significantly” – crowed about the success of a fall in poverty;

“ Judge Andrew Becroft has today confirmed that since the National Government increased benefits in 2015, there has been a drop in the number of children living in low income households.

This is great news and further consolidates National’s track record as a party that shows it cares, rather than just says it cares.

It’s “throwing money at the problem” only until it works. Then it’s a success story, according to a right-wing minister.

As if to allay any doubt, Children’s Commissioner Judge Andrew Becroft,  confirmed the obvious; that raising benefits helped those at the bottom, of the socio-economic ladder;

We’re probably seeing the first initial signs in terms of what the previous Government did, in terms of increasing benefit levels by $25 a week for families with children.”

“ I think we have seen a real rise in the commitment by charities and NGOs and community groups. I think that is one of the untold stories; New Zealand, I think, understands the situation. There is much more of a humanitarian response. Communities are behind what is going on. Charities are doing good work. I think that is underestimated in all of this in terms of providing shoes, clothing, lunches, breakfast. I think the country as a whole is becoming much more involved, and I am encouraged by that.”

When asked by The Nation’s Lisa Owen;

“ So that is charities. That is philanthropy. In terms of income poverty: barely a change. Charities can only give so much, though, can’t they?”

“ Yeah, that is true. I think the government has got the ultimate responsibility to put in a strong safety net.”

Charities can apply band-aids like buying shoes for children or supplying school breakfasts. But it takes central government to lift incomes. Just as it took the previous National government to legislate to lift the wages (albeit over a five year period) of community support workers, home support, and aged-care staff.

Bennett was quick to claim credit  for  the fall in the number of children living in low income households by increasing welfare benefits.

It is time that National and other right-wing politicians abandoned their deceptive, emotionally-charged rhetoric that raising welfare benefits and other incomes is “throwing money at the problem”. Clearly it is not. Putting our taxes into unnecessary flag referenda, sheep deals for middle east businessmen, aluminium smelters, and cutting taxes for the rich – is “throwing money” away.

Constantly repeating the hoary “throwing money at the problem” cliche reminds us that the right is only too happy to use emotionally-charged rhetoric  to win public support. Even when it is a lie.

Putting money into alleviating  child poverty is not “throwing money at the problem”. The data has conclusively shown this to be a fact; additional money helps lift families out of poverty.

Ironically, by making such dishonest  utterances, they undermine their very real achievement in this area.

Shooting yourself in your own foot has never been so painful. Or stupid.

Fairfax media:  Flag referendum – Where does the $26 million go?

Fairfax media:  Why we shouldn’t celebrate child poverty falling for first time in years just yet

Fairfax media:  Why are you so afraid of tax?

The Standard:  After nine long years National discovers there is child poverty in New Zealand

National dragged kicking and screaming to the breakfast table

Are we being milked? asks Minister

Once were warm hearted

On child poverty, to the Sunday Star Times