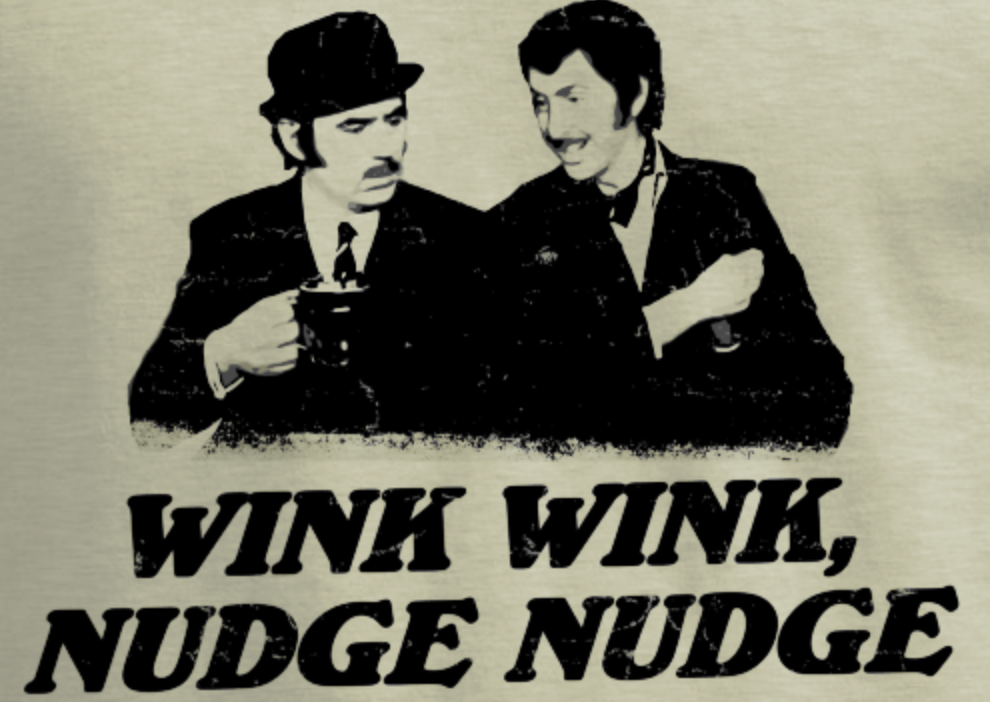 When it comes to a repulsive cocktail of double standards, self-interest, and hypocrisy, National is the party that just keeps on giving…

“Sir Michael is many things but a politically independent voice on taxation policy he is not. Let’s face it, he was Labour’s last Finance Minister and one of the key coalition negotiators for the Labour Party.”

Firstly, it was National that appointed Cullen  as deputy chairman of NZ Post in April 2009. By November 2010, then SOE Minister, Simon Power, had promoted Cullen to Chair of NZ Post, saying;

“I look forward to working with Dr Cullen to develop NZ Post’s strategy to accommodate declining mail volumes and a challenging financial environment.”

One of National’s worst instances of cronyism was the hugely wasteful, so-called “Rules Reduction Taskforce“, which produced it’s “loopy rules report”. Half the “Taskforce”, appointed by Paula Bennett in 2014, consisted of former National MPs such as Tau Henare, John Carter, and former party candidates Mark Thomas and Ian Tulloch. They were each paid $500 a day.

Eventually the “Taskforce” reported that many of the contentious bureaucratic regulations  did not exist in reality. They were urban myths.

Thank you Steven Joyce for reminding us how National excels at cronyism.

Further on the issue of the so-called “Rules Reduction Taskforce”, Green Party MP, Julie-Anne Genter,  said at the time;

“We’re getting to that point where the National government is losing all perspective or sense of touch with reality – when they think it’s okay to pay their former MPs or candidates and donors to undertake what’s ostensibly some sort of taskforce work, it’s really just an exercise in PR and spin.”

Around the same time, the Wanganui Chronicle reported that community NGOs were suffering badly, with several such as Relationships Aotearoa and the YWCA, closing entirely;

But hold on just a moment. I’ve literally lost count of the number of consultative bodies and even straight-up *Inquiries* that the National Party *quite pointedly* staffed the chairing of with their own people, flunkies, and other such questionable appointments.

I mean, as an example of this – their placing of John Shewan at the head of the group convened to look into slash “dispel” the perception of New Zealand as a tax-haven, for instance, was quite directly a case of placing a fox in charge of a hen-house [Shewan’s private sector activities including quite a spate of tax-“consultancy” and linkages to a series of potentially dodgy international firms in this regard].

Or, worse, the series of appointments of [now Dame – guess why she got the gong, eh?] Paula Rebstock to head Inquiries into everything from Peter Dunne’s ‘alleged’ leaking of materials around the GCSB’s illegal conduct through to the ‘Leask’ affair concerning MFAT information being anonymously passed to the Labour Party.

Further, if I recall correctly, the previous National Government’s “2025 Taskforce” on pensions and the like was convened to be *chaired by* none other than arch-neoliberal [and former National Party Leader] Don Brash. I don’t seem to recall the National Party raising any issue with “politically tied” appointments to policy working-group style arrangements THEN…?

What’s different about Cullen on the Tax Working Group, I wonder…?

But when it came to cronyism mixed with  commercial self interest, Judith Collins’ involvement in the Oravida milk company scandal was hard to top, as political commentator, Bryce Edwards put bluntly;

Justice Minister Judith Collins has revealed she had a dinner with the head of Oravida and a senior Chinese government official while in China last year and admits she was wrong not to disclose the dinner last week. Mrs Collins has been under pressure to explain her dealings with the milk company Oravida, where her husband is a director.

Perceptions of corruption, cronyism and conflicts of interest can be incredibly damaging to any government, and National will be very wary of a narrative developing that this administration is infected with political sleaze.

Nothing makes a government look more tired, out-of-touch, and arrogant than scandals that suggest governing politicians are ethically compromised and governing in the interests of the powerful rather than the public.

The scandal over Judith Collins and her allegedly favourable treatment of the milk company that her husband helps run has allowed National’s opponents to make some strong attacks on the character of, not only the Minister of Justice, but the whole National administration

By August 2014, the allegations of sleaze, corruption, conflicts of interest became over-whelmingly and Collins was forced to step down from her ministerial roles.

There were many other instances of cronyism revealed during National’s nine years in office. Several resulted in ministerial resignations.

If the appointment of a former Finance Minister to a working group focused on Finance issues (ie, taxation) is the worst that National can throw at the new Coalition government – then it is lobbing damp squibs.

Considering National’s own recent murky history, the issue of cronyism is one where it might be wiser to keep a very, very, very low profile.

Wanganui Chronicle:  Concern over lack of funding for NGOs

The Fletcher Affair – a warning for Labour