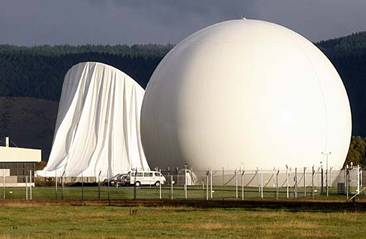 Anti-Bases Campaign (ABC) congratulates the new Government on its electoral victory. Good riddance to the Tory bastards who have ruled the roost for nine long years (and who, on election night, looked set to do so for another three). But, I’m afraid, ABC has not very great expectations of this new Government in the areas of interest to us. Waihopai, Five Eyes, the active military/intelligence alliance with the US, membership of the US Empire, foreign policy or New Zealand’s place in the Trumpian world – none of that was even mentioned in the election campaign by any of the parties (in stark contrast to the 2014 election, where the GCSB, Five Eyes and domestic spying were major issues).

Years after he quit politics, in his quite extraordinary 1996 Foreword to Nicky’s Hager’s “Secret Power” (still the definitive book on Waihopai and Five Eyes), Lange wrote: “But it was not until I read this book that I had any idea that we had been committed to an international integrated electronic network”. Speaking of Nicky, he wrote: “an astonishing number of people have told him things that I, as Prime Minister in charge of the Intelligence services, was never told”.

But Labour in Government has never done anything about Waihopai or Five Eyes. And this new Government looks set to continue the pattern. In a 2017 letter to an ABC member, Labour’s then Leader, Andrew Little, wrote: “Labour supports our remaining in the network” i.e. Five Eyes. Andrew Little is the new Minister in Charge of the Government Communications Security Bureau (GCSB, which runs Waihopai) and the Security Intelligence Service (SIS).

Prime Minister Jacinda Ardern is the Minister for National Security and Intelligence. As I wrote after the 2014 election: “As soon as the election was over, (then National PM John Key) was indecently keen to break with all precedent and get shot of the portfolios of Minister in Charge of the SIS and GCSB, which had always been held by the Prime Minister, regardless of whether National or Labour was in power. He bestowed them onto Chris Finlayson, whilst giving himself the newly created portfolio of Minister for National Security and Intelligence. Why did he dump responsibility for the two spy agencies?”

“Simple – they had been causing him grief during the Government’s 2011-14 term and grief is bad for the image of smile and wave John, selfie John. What Key and his spin doctors desperately needed was plausible deniability, that favourite phrase of political criminals and spymasters going back to the 1970s’ USA of Richard Nixon and the Watergate Scandal. ‘Nothing to do with me, you’ll have to ask the Minister in Charge of the SIS and GCSB’. He needs to be at arms length from the day to day business of the spies, to be insulated from the dirty deeds and grubby details”. So, it is not a good sign that Ardern has automatically followed that very recent National precedent.

Winston Is This Government’s AmBoy
As for Deputy Prime Minister and Minister of Foreign Affairs, Winston Peters – he already held the latter portfolio from 2005-08 under the last Labour government. So, we’ve already seen enough of him in action in that capacity to have absolutely negative expectations. Filipinos have just the word for him – AmBoy (America’s Boy, which they use to describe various of their Presidents and political leaders. There is never any shortage of them in that country).

Upon being appointed by Ardern, he said that he had devoted his previous stint at Foreign Affairs to rebuilding NZ’s relationship with the US. TV news illustrated this with a clip of him shaking hands with Condoleezza Rice, who was Secretary of State under President George W Bush. We tend to forget that, until Trump came along and lowered the bar to a whole new level, Dubya Bush was viewed as the absolute nadir of US Presidential ignorance, idiocy and warmongering (now he’s wheeled out for public appearances as a kindly old elder statesman).
Bush gave the world the ongoing and seemingly never-ending wars in Afghanistan and Iraq, both of which have sucked in New Zealand as one of the minor accomplices in crime. We still have troops in both wars (I’m sorry, “trainers”. I cut my teeth on the Vietnam War – in the early days, the US military presence was described as consisting of “advisers”. Today they would be called “consultants”). Bush gave the world the endless and global “war on terror” that has most recently seen American troops killed in Niger. This was the Administration with which Peters was proudly “rebuilding the relationship”.

Don’t just take our word for it. Here’s a quote from a 2005 US Embassy cable (one of those leaked by Wikileaks and online at the ABC site at http://liberation.typepad.com/files/wellington-us-embassy-cables—bryce-edwards.pdf They’re well worth reading, all 600+ pages of them). “We believe that Peters is genuinely interested in improving bilateral relations with the United States, and during his introductory meeting with Ambassador McCormick last week he made clear this was a priority. (FYI: Peters purposely made sure that Ambassador McCormick was the first Ambassador he met with as Foreign Minister)”.

So, Winston should fit in just fine with Trump’s America. Although it is worth noting that he actually visited North Korea, in 2007, in the days when the West saw wisdom in talking to, and engaging with, that country, rather than simply issuing bloodcurdlingly bellicose threats of total annihilation. Trump could absentmindedly lead the US and its little mates into another Korean War – Australian PM Malcolm Turnbull has already said that Australia is “joined at the hip” with the US over Korea. That crisis will be Peters’ first test. Let’s see how much of an AmBoy he is this time around.

Break Ties With US Empire
ABC has some simple advice to the Ardern/Peters government: Close the Waihopai spy base, get out of Five Eyes, and pull the plug on the ANZUS-in-all-but-name military and intelligence alliance with Trump’s increasingly dangerous and unhinged US. Get out of the American wars that we are already in, such as in Iraq and Afghanistan and definitely stay out of any new wars that Trump may try to drag us into, such as in Korea.

Finish the business started in the 1980s when NZ became nuclear free and break the remaining military and intelligence ties to the US. The Americans are very proud of having won their independence from the British Empire; it’s time for us to do the same from the American Empire. We urge your new Government, one elected by people wanting change for the better, to declare that Aotearoa will become truly non-aligned and independent. To coin a phrase that I have heard a lot recently: Let’s do this!