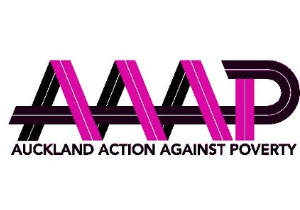 Auckland Action Against poverty is celebrating the success of its campaign to end the sanction on solo-mothers who do not name their children’s father. “Jacinda Ardern’s announcement that this sanction will end is the only solid commitment she has made on welfare”, says AAAP spokesperson, Vanessa Cole.

“Other than that we have a vague commitment to overhaul the welfare system and to remove “excessive sanctions” from the new Prime Minister.”

“Work and Income’s ability to punish people is a major part of its toxic culture.”

“An overhaul of the welfare system is not the same as fundamental change. Both Winston Peters and Jacinda Ardern have acknowledged that capitalism has failed many New Zealanders. The current focus from Work and Income on work as the only way out of poverty has failed.”

“The previous government ignored issues around the quality and nature of work. Low pay and no regular hours are features of the poverty trap.”

“AAAP has developed a policy framework which includes, providing a living wage for all, building a culture at Work & Income based on respect and redistribution, a mass build of state housing, and taxing wealth.”

“A new government provides an opportunity to implement progressive policies to support the people capitalism has failed, to support unemployed and low-waged workers and their children. What is yet to be shown is the political will to do so.”

“Jacinda Ardern speaks frequently of child poverty, but if there is no commitment to massively increasing the income of adults in poverty, then ending child poverty is simply not possible.”

“Challenging capitalism does not just involve tweaking policies to make them more fair. It requires challenging the legitimacy of the market and redistributing wealth.”

“These demands are a first step in addressing blatant failure of capitalism. We challenge Labour to read our demand policy document and make a real commitment to improving the lives of beneficiaireis and the unemployed.”