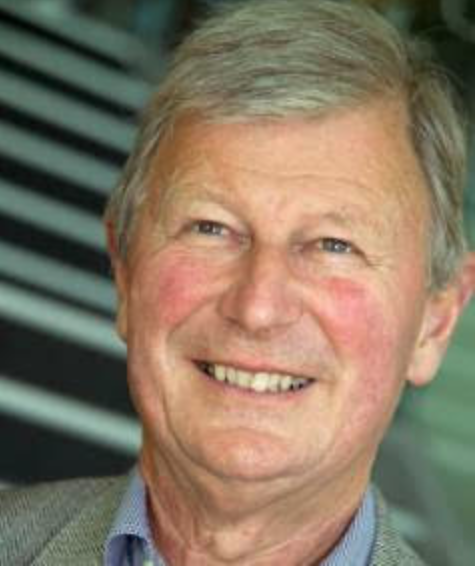 BIG UPS TO BRYAN GOULD. Perhaps anticipating a disappointing choice from NZ First on 12 October, the former Vice-Chancellor of Waikato University has put the rhetorical boot into Labour’s fiscal and monetary caution.

Holding up the example of the First Labour Government’s radical solution to the problem of how to fund its ambitious state housing programme (Mickey Savage’s government hit upon the novel idea of simply borrowing the money from itself!) Gould is demanding an equal display of courage and innovation from Labour’s current crop of leaders. Politically, 2020 looms as a year of new departures. Gould wants the Centre-Left to be ready.

Even if NZ First turns left, Gould’s critique remains timely. Grant Robertson, guided by his patron, Sir Michael Cullen, will attempt to put the kibosh on Winston Peters’ expansive (and expensive!) economic programme. Waving the bright red flag of a NZ First-friendly alternative monetary and fiscal strategy in advance of coalition talks strikes me as a damn good idea. Gould just might convince the “Three-Headed-Beast” to do a little more thinking before binding itself in the chains of Robertson’s reactionary “Budget Responsibility Rules”.

In the simplest terms, Gould’s argument boils down to this. If the private banks are allowed to create money (by crediting us with the money to buy our houses and then charging us interest on our mortgages) then why shouldn’t the state? He then argues that not only isn’t there a good reason why the state shouldn’t do this, but that it already has. “Quantitative Easing”, says Gould, was all about northern hemisphere states crediting their private banks with the money they needed to remain solvent. What, then, stops our own state from funding crucial infrastructure projects: railway and port expansion; new state houses; fully-funded training for thousands of new doctors and teachers; with similar financial instruments?

In his own words:

“Our leaders, however, including luminaries of both right and left, some with experience of senior roles in managing our economy – and in case it is thought impolite to name them I leave it to you to guess who they are – prefer to remain in their fearful self-imposed shackles, ignoring not only the views of experts and the experience of braver leaders in other countries and earlier times, but – surprisingly enough – denying even our own home-grown New Zealand experience.”

Gould’s gentlemanly reticence is all very well, but sometimes a spade should be called a bloody Grant Robertson! Thousands of New Zealanders are pinning their hopes on Winston veering left – as if that’s all that needs to happen. These same people do not appear to have the slightest idea that Labour’s current economic policies would render a Labour-NZ First-Green government next-to-useless. Yes, there might be just enough money to keep health and education stumbling along for the next three years – but there’ll be bugger-all for anything, or anybody, else.

Gould may be too polite to state the matter so bluntly, but I’m not interested in politeness. The awful political truth that we all need to get our heads around, is that “orthodox economics” is how otherwise “decent” politicians deliver pain and suffering to the most vulnerable people in our society; and that, at the moment, just about all of the most senior figures in both the Labour Party and the Labour caucus are irrevocably wedded to orthodox economics.

If Winston is of a mind to veer left, therefore, he will first need to persuade Jacinda to abandon her opposition to any person other than Labour’s finance spokesperson taking on the role of Finance Minister. Labour’s intransigence on this matter is a strong indication of the party’s unwillingness to step away from economic orthodoxy. But the economic orthodoxy of neoliberalism is precisely what Winston has set his own, and his party’s, face against. He cannot possibly enter into a coalition with Labour and the Greens while they remain committed to their ultra-orthodox Budget Responsibility Rules.

Jacinda should interpret Gould’s latest blogpost as a last-minute appeal for her to think outside the conceptual box in which Labour has imprisoned itself. If life is to be made better for those New Zealanders on the receiving end of neoliberalism, then Labour must reach back into its collective memory and summon forth the courage and creativity which made this country the “social laboratory of the world”.

In this regard, Gould deserves the last word:

“Many of today’s generation will have forgotten or be unaware of the brave and successful initiative taken by our Prime Minister in the 1930s – the great Michael Joseph Savage.  He created new money with which he built thousands of state houses, thereby bringing an end to the Great Depression in New Zealand and providing decent houses for young families (my own included) who needed them.

“Who among our current leaders would disown that hugely valuable legacy?”