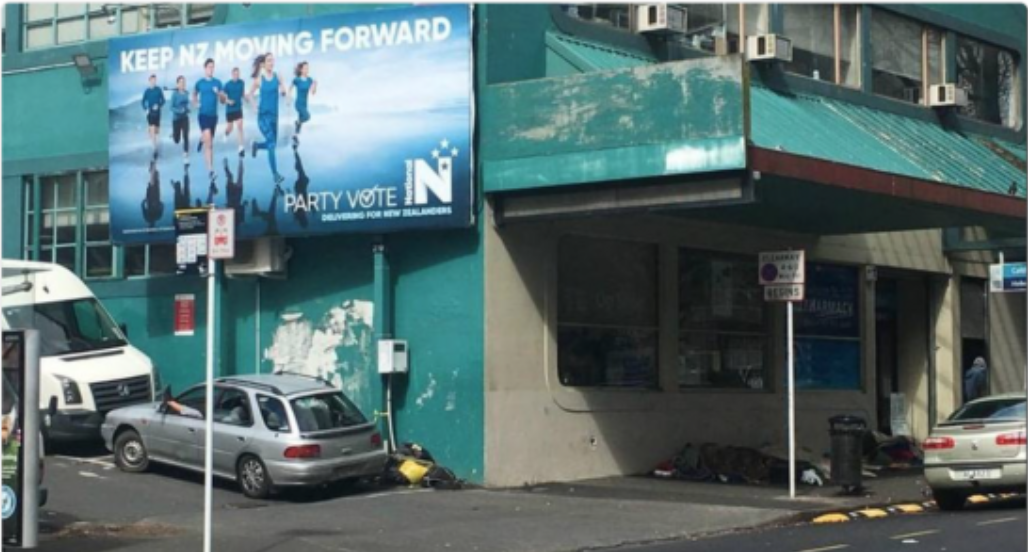 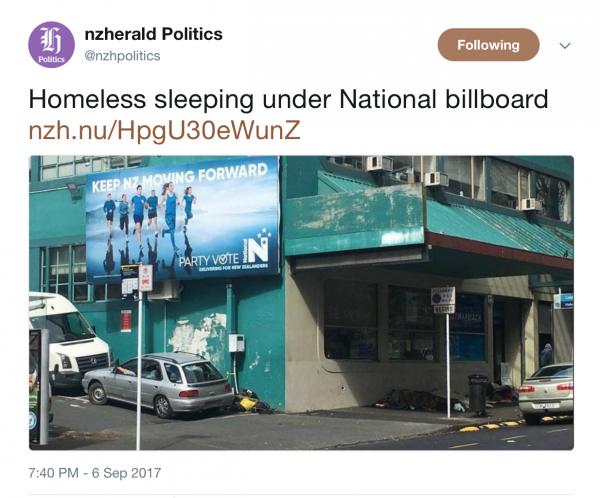 This image is the one that sums up Election 2017.

National’s fake promise of delivering for NZ while the homeless huddle sleeping on the street under it sums up modern NZ. It captures perfectly the  delusional faction of NZ jogging past the poor the sick and the mentally ill scattered on the streets in front of them with all the disdain of dog shit.

That is NZ that National represents, a juvenile culture so self invested in their own sense of success that they are blind to the social injustice that makes it so easy for them and bitterly stunted for others.

The neoliberal cultural mythology that there are no hegemonic structures of power in society that require an active Government pushing back against have created a dangerous cult and fetishisation of the individual. There is no sexism or racism or homophobia or classicism and if you work hard you will succeed and if you fail then that’s your fault.

As a self deception this neoliberal cultural mythology is genius. It allows you to feel false pride in your success while removing any guilt for not caring about your fellow human being. 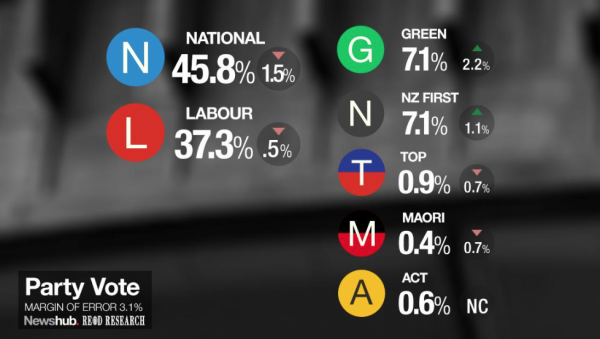 The most terrifying part of the last poll before the election is that 45.8% of NZ’s voters support more homelessness, more poisoned rivers, more property speculation, less mental health funding, more experiments in education, no infrastructure investment, more NZers in prisons and 300000 kids in poverty in return for $20 extra a week and half a dozen more bloody roads!

Even if Jacinda wins on Saturday, New Zealand already lost.

The only hope left for us as a society are the youth voters who are slowly waking to the horror of the neoliberal debt cage that user pays culture are locking them into. This election isn’t about just who wins on Saturday, it’s about the soul of us as a country and it will answer the question – did the 30 year neoliberal experiment brainwash enough of us to deny us any hope?

This country deserves to be led by voters better than this… 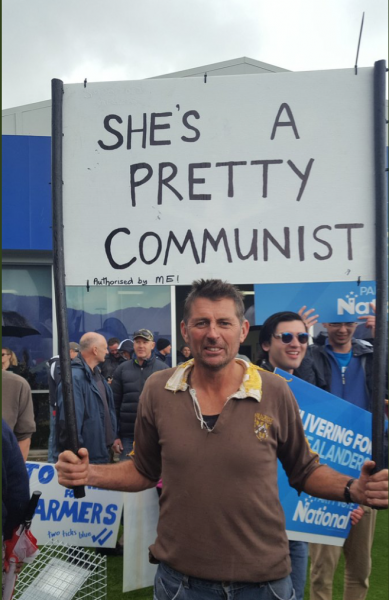