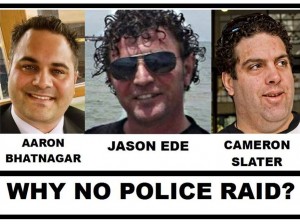 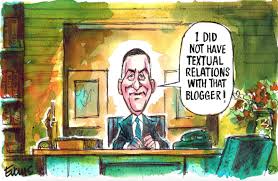 Here is what we know about the Rawshark Investigation:

The NZ Police have lied about the scope of their investigation into who hacked Cameron Slater’s computer. It was originally just Nicky Hager, but it also included myself and possibly several other left wing activists and senior figures within the political left including the Labour Party.

With Jacinda likely to become the next Prime Minister, the NZ Police need to be upfront with the Labour Party over how extensive their Operation Rawshark surveillance really was.

The entire case collapsed once Nicky Hager challenged it in court and all evidence and information had to be destroyed.

Here is what we know about the secret Police mass mass surveillance program against 100 000 NZers:

The loophole which the NZ Police have exploited to gain personal information was part of a far wider secret mass surveillance program that we estimate has impacted anywhere between 100 000 – 200 000 NZers. This information has been taken and saved in the Police Intelligence computer and all that information is open to the SIS, GCSB and half a dozen other security agencies.

No one outed in Nicky’s book ‘Dirty Politics‘ was investigated…

…but the Police  did illegally investigate Nicky and conduct illegal searches against him. They breached my privacy and civil rights and I believe they did the same thing to other leading figures of the NZ Political left.

I believe this case cuts to the very heart of political neutrality within the NZ Police force.

What needs to happen?

The Police must be honest about how far their illegal surveillance into the political Left over Operation Rawshark went and there must be an inquiry into the manner in which the Police sought, took and stored the information of tens of thousands of NZers which they had no right to gain that in the first place.

The Privacy Commission has investigated my complaint and have found the Police breached my privacy and my civil rights. I have taken a formal complaint to the Human Rights Review Tribunal over the Police actions.

I will keep everyone up to date with how that progresses.