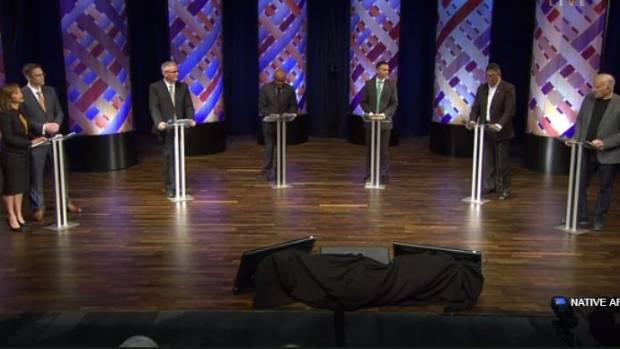 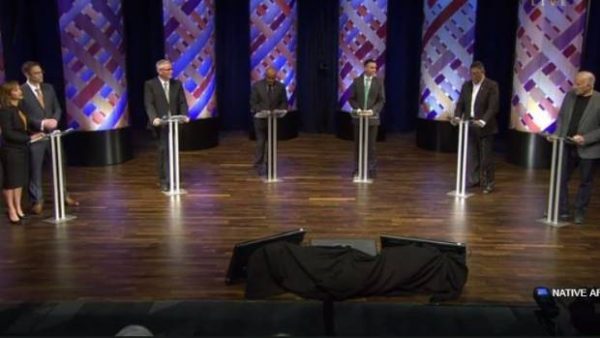 He had the crowd on his side, he reminded you of his passion. He hammered the rich and demanded for the poor.

He is determined to win back Te Tai Tokerau and was on the form of his life.

Gareth Morgan has to be applauded as well, he made a genuine impact on the audience and made the most interesting commentary of the night in terms of genuine economic reform.

James Shaw was respectful and identified with the working poor which was unique.

Flavell is fighting for his political life and you could sense the panic in his performance.

Kelvin sounded like he was a man who was about to gain power and was being very cautious with what he was promising.

They were all strong on the racist prison and police system, and the demand for reform was loud and clear.

NZ First and National didn’t even bother turning up, and I think that is going to really hurt NZ First and the reason Winston is stalling in the Polls is because the 19 000 Maori voters who gave NZ First a Party vote on the Maori Roll are walking away in droves.

Based on that debate, Maori could be convinced that voting for Hone while gaining Kelvin off the list would be the smartest way forward. NZ First will lose even more Maori vote share and Jacinda effect could sweep Tamati Coffey to a win over Flavell.

The Poll by Maori TV showed a huge jump for Jacinda. 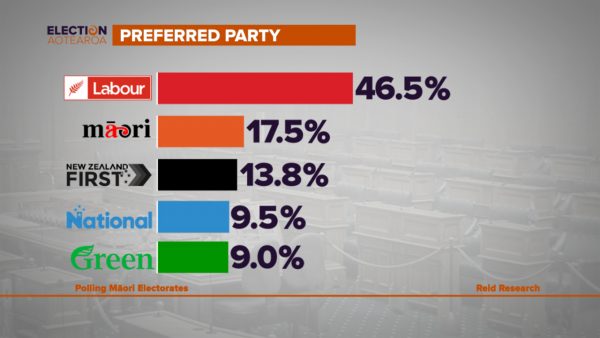 So gaining 46% shows that the ‘Jacinda effect’ is just as real within Maoridom.

If this level of support occurs on election day, Maori will make up the largest faction within the Labour Party with a huge number of next generation incredibly talented Maori women leaders making up the next Government.

If there is a desire for change within the Maori electorate as strong as it is forming within the General electorate we need to start thinking about a Labour + Green Government because if this Maori support joins middle class support joins workers, women, beneficiaries and most importantly young voters, Labour will have a shot at a 40+ result now.