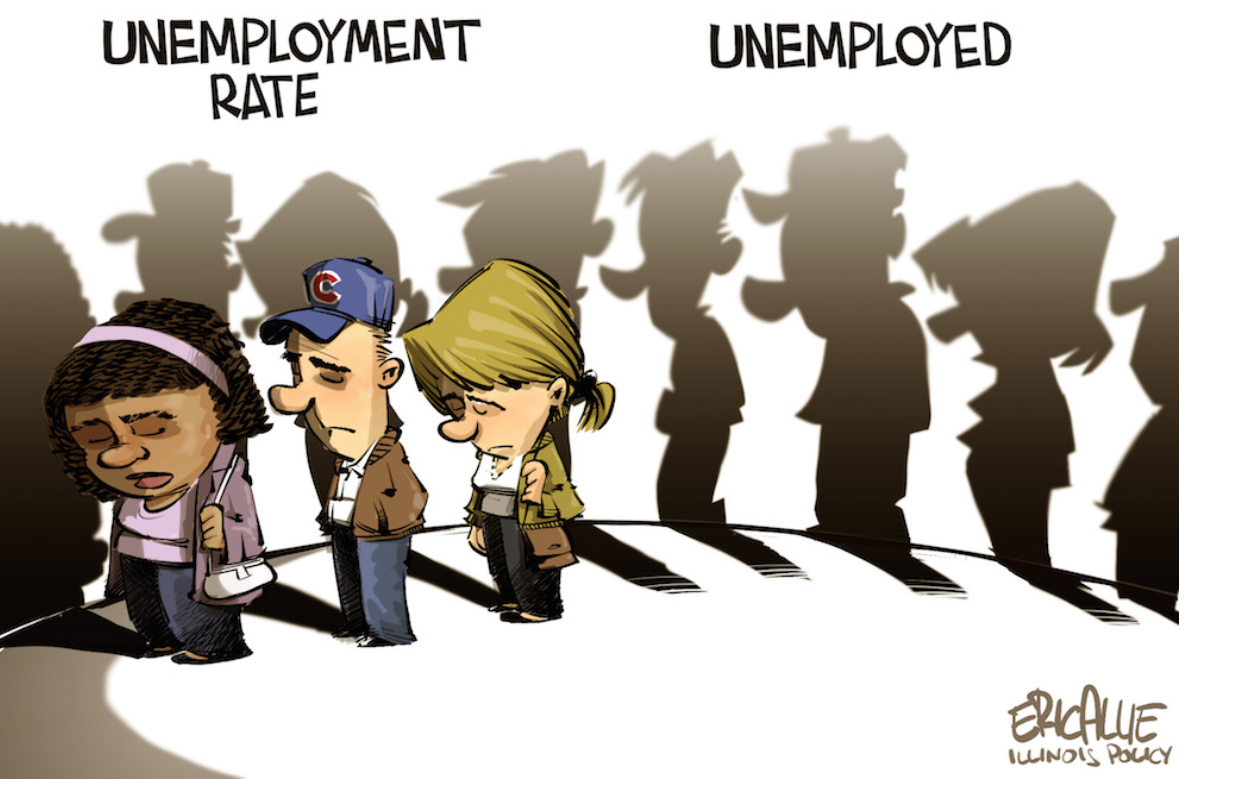 The mainstream media – or at least one clever journalist working for Mediaworks/Newshub – has finally caught up with a story broken by this blogger last year that unemployment data from Statistics NZ was no longer reliable;

Last year, I revealed how Statistics NZ had revised it’s definition of what constituted being unemployed;

On 29 June 2016, Statistics NZ announced that it would be changing the manner in which it defined a jobseeker;

Simply because if a person was job-searching using the internet they were “not actively seeking work”.

Which beggars belief as the majority of jobseekers will be using the internet. It is the 21st century – what else would they be using?

I pointed out that jobseekers in the 21st Century would be using internet websites – as government departments WINZ and  Careersnz  were at pain to point out on their own websites;

“Most jobs in NZ are advertised online” – WINZ

Evidently Statistics NZ  did not get the memo.

The ‘revision’ of definitions follows from another dubious Statistics NZ criteria for how they measure unemployment;

* worked without pay for one hour or more in work which contributed directly to the operation of a farm, business, or professional practice owned or operated by a relative

As I questioned last year; if working one hour, without pay, is the minimum criteria to be considered “employed”, then what must our true rate of unemployment actually be?

The msm seemed oblivious to what was been perpetrated.

National, however,  were quick to capitalise on  the ‘revised’ September statistics, as this Twitter-meme showed on 2 November 2016;

Writing for Mediaworks/Newshub, Anna Bracewell-Worrall realised that  Statistic NZ unemployment data is not as reliable as New Zealanders have been led to believe;

The official unemployment rate in New Zealand has hit an eight-year low of 4.8 percent.

Sounds impressive, right? Sounds like the kind of employment environment where the worker rules – where there is little competition for jobs, and bosses are so desperate for workers they are offering great salaries and benefits.

But the 4.8 percent unemployment statistic is not telling the full story.

There are 1 million New Zealanders not in jobs and not counted in either the unemployment or employment rate. Many of the 1 million people ‘not in the labour force’ are doing things like studying or caring for a family member.

She didn’t quite get it right when she asserted;

You might be trawling Seek for a forestry job in Kaikohe, but if you don’t apply for anything in the month before the employment survey takes place, you count as ‘outside the workforce’.

So, are we being misled by statistics boasting low unemployment rates?

The answer was provided by Bill Rosenberg, economist at the Council of Trade Unions;

[Rosenberg] says when people read headlines saying New Zealand has a 4.8 percent unemployment rate, they are not getting the full picture.

“When [people] look at that figure, they get a false sense of wellbeing. Actually, there’s a lot more people out there who are still wanting work.”

He said he’s never been particularly happy with the exclusion of people who have stopped looking for work.

“It’s a fairly brutal definition, really. It’s what’s used internationally, but it really doesn’t take into account the nature of the jobs that are out there and the difficulties people can have in finding those jobs.”

“There are a lot of people who are not getting what they need from employment,” he said, be it enough hours or enough pay.

Statistics NZ has accepted that their measurement of “official unemployment” is flawed and presents a distorted picture;

To counter criticism that the Household LabourForce Survey was presenting dubious data and under-reporting real unemployment and under-employment, Statistics NZ has offered a new(ish)  category of “under-utilisation” (see Addendum below for full details);

The underutilised population are people who were either unemployed, underemployed, or in the potential labour force.

…available potential jobseekers – people who are not actively seeking work but were available in the reference week and want a job (the ‘discouraged’ are included in this group).

This is a marked improvement from Statistics NZ’s earlier arbitrary decision not to include unemployed job-seekers who were using on-line methods to find paid work;

The July 2017 Quarter of  Labour Market Statistics presented good news.  The unemployment rate had fallen to  4.8%.

National were quick to seize on the data;

“The unemployment rate has fallen to 4.8 per cent in the June 2017 quarter, the lowest rate since December 2008. Our strong economy continues to deliver for New Zealanders,” Mr Goldsmith says.

“The number of people unemployed has dropped by 3,000 this quarter, reflecting a robust labour market and increasing employment opportunities.

It was bogus of course. Stats NZ were using their dodgy definitions to conjure up that figure of 4.8%.

However, the Under-utilisation rate offers a more sober picture;

In the June 2017 quarter, the seasonally adjusted underutilisation rate fell by 0.5 percentage points to 11.8 percent. This represents 13,000 fewer underutilised people, down to 327,000.

New Zealand’s real unemployed/under-employed stands at 11.8% – over double the “official unemployment rate”. That figure is not what the msm will be showing the country any time soon.

Which begins to answer the question why – when we supposedly have low unemployment – are wages continuing to stagnate?

Capitalist  Supply & Demand dogma states that in times of shortage of labour, wages must rise. This has not been happening.

Current high migration has been offered as one reason.

A more credible reason is that the country’s “low unemployment”  has been an illusion. Unemployment/under-employment is much higher than the public and msm  have been led to believe.

New Zealand is experiencing hidden unemployment/under-employment and the truth is only now slowly starting to emerge.  The question remaining to be asked is; will the msm cease focusing on trivia and begin to do some meaningful investigative work?

Newshub has started the ball rolling. Let’s hope they continue and others pick up on this.

Because this is the REAL news:

The full sub-categories and definitions of Under-utilised labour is:

There are several types of underemployment. The measure used here is time-related underemployment, which exists when an employed individual wants to work more hours than they usually do and is available to do so.

The ILO guideline (ILO, 2013) defines the underemployed as employed individuals who:

According to the international standard definition of unemployment (ILO, 2013), the unemployed comprises all individuals who in the reference week:

The first group is considered to have slightly closer attachment to the labour market than the second group, but both have much stronger attachment than other groups who are not in the labour force.

Work and Income: Where to look

The REAL level of unemployment