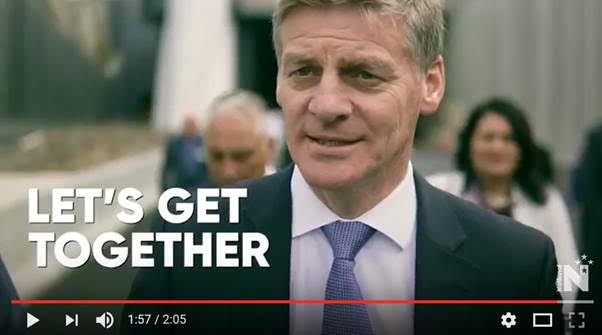 THE NATIONAL PARTY’S first campaign video  of the 2017 election campaign has been released – and it’s brilliant. The American political scientist, Anat Shenker-Osorio, posits three basic rules for creating effective party political propaganda: 1. Engage the Base. 2. Persuade the Middle. 3. Alienate the Opposition. National’s ad’, “Let’s Get Together”, ticks all the boxes – and then some.

I say “and then some” because, when it comes to the Third Rule, I’m not sure that National hasn’t done something truly remarkable.

Certainly, there will be a large number of New Zealanders who will react extremely negatively to “Let’s Get Together”. Progressive voters who hate Country & Western music, for a start, will be particularly repelled. Because, that’s right, the whole thing is held together by a song that would definitely score well at Gore’s Gold Guitar Awards. Metropolitan Millennials, similarly, might struggle with all that country goodness: too many green fields and misty skies. (Although, you never know.) Tribal haters of National will, naturally, dismiss the whole video as appalling.

But there will be others, progressives of long standing, who look at the video and experience a subversive yearning to step into the warm circle of its appeal. Who ask themselves why Labour is no longer able to produce something so evocative of what it means to be a Kiwi. Baby Boomers who recall the Hamilton County Bluegrass Band’s hit single “Your Turn Now” that became Labour’s 1969 anthem.  Remembering, too, the amazing montage of images laid over the soundtrack by a young adman called Bob Harvey.

Making your opponents wish, if only for a second, that they could join you is, surely, the most sophisticated form of alienation!

How have National’s admen done it? How have they made a video that, if all the sequences featuring Bill English were replaced with shots of Andrew Little and Jacinda Ardern, would serve equally well for the Labour Party? The answer is disarmingly simple: they have hidden from the viewer every aspect of the last nine years of National-led government that could possibly be considered cruel, incompetent or corrupt. Presented, instead, is an unrelentingly positive view of National’s New Zealand.

When all of the trigger words and visual cues have done their work, a depressingly large number of viewers will find it difficult to resist the conclusion that, all things considered, National hasn’t done too bad a job of governing New Zealand.

Interestingly, exactly the same propaganda techniques are on display in the sixteen-year-old video produced to accompany conservative American Country & Western star, Alan Jackson’s, single “It’s Alright To Be A Redneck”.

Directed by Steven Goldmann, the video opens with a little girl addressing her classmates on the vexing question of whether a redneck is “a good person or a bad person”. Jackson then delivers Bill Kenner’s and Pat McLaughlin’s song with, in the words of one critic, “a kind of good ole boy charm that works”. As he does so, Goldmann presents the viewer with a series of entrancing social vignettes encompassing the whole of American society – as if to say: “Hey, being a redneck, and being a hard-working, fun-loving and patriotic American, is pretty much the same thing.” If, at some point between the recording’s release in 2001 and his election as President in 2016, Donald Trump hasn’t sung along with Alan Jackson, I’d be very surprised. 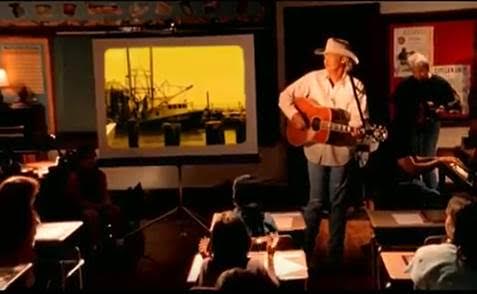 In the hands of another videographer, of course, Jackson’s single might have been illustrated very differently. We could have seen the remains of the African-American dragged to his death behind a pick-up truck in Texas. Or, been shown scene-of-the-crime photographs of the young gay man crucified on a barbed-wire fence in Montana. Or viewed the grainy footage of paramedics comforting a teenage rape victim in Little Rock. Would Jackson’s “good ole boy charm” have had the same disarming effect when accompanied by images of what rednecks are really famous for? Probably not.

George Orwell argued that power is defined by the ability to inflict pain. It is, therefore, vital that those who wield decisive power in our society be insulated from the social pain that secures it. To preserve their dominance we, the vast majority of citizens, must be persuaded that the people in charge are just like us – ordinary, decent Kiwis. And that all will be well in our beloved country so long as enough ordinary, decent Kiwis “get together” – and vote for the National Party.

Oh yeah, in all kinds of weather

Let’s get together now