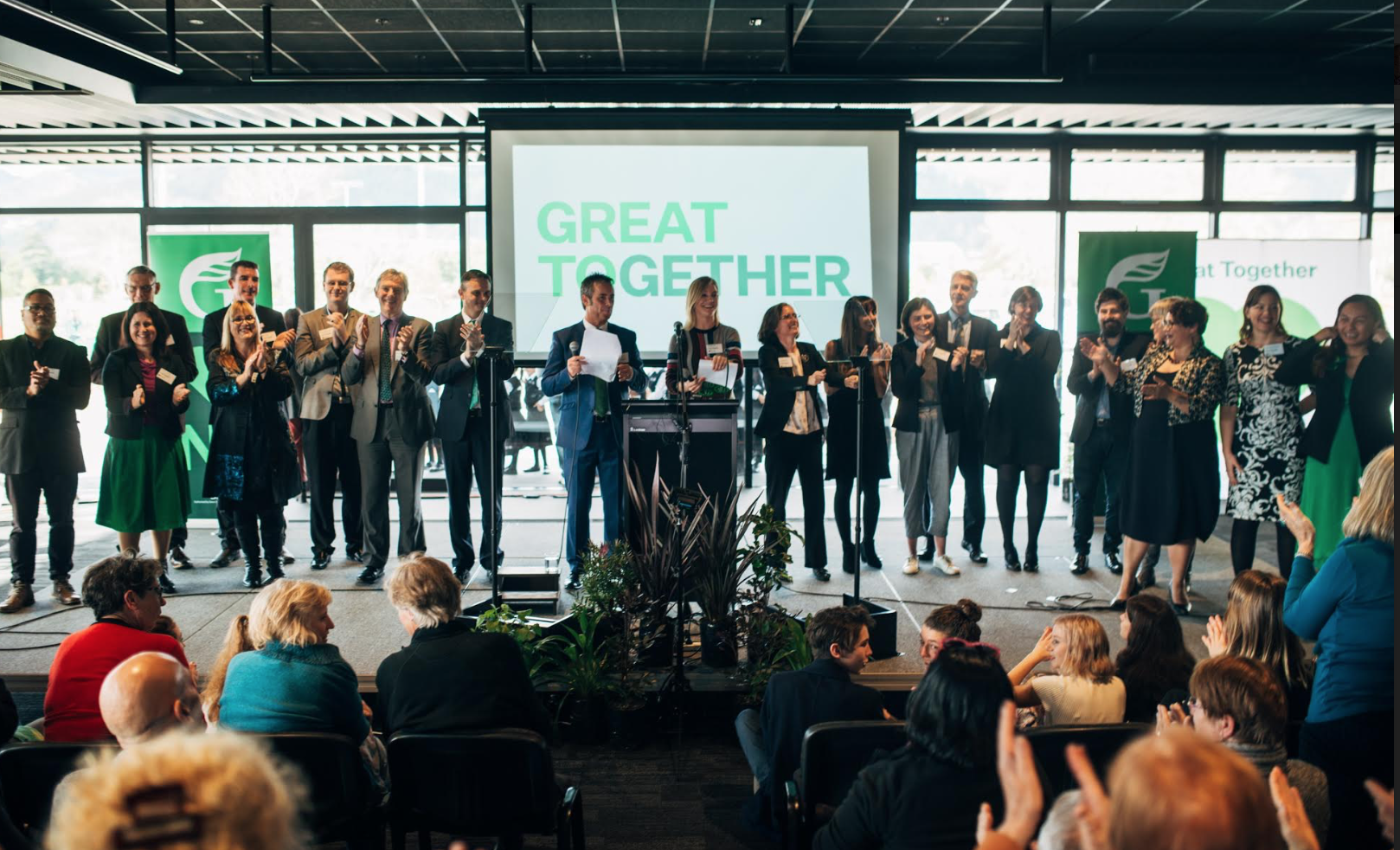 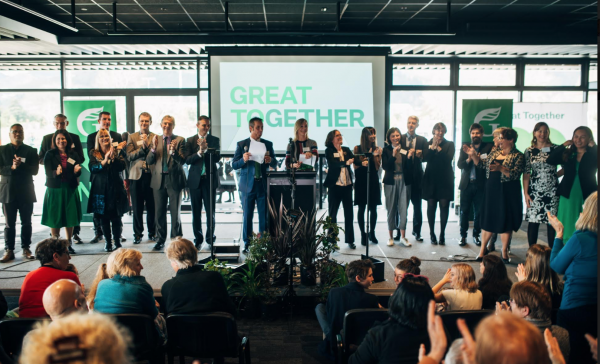 As election fever rises, the Greens are stronger than ever. We have the largest and most diverse line-up of candidates ever. We’re more active and organised in electorates than ever. And we’re more needed than ever.

The Greens have started laying out our election platform. Our vision is a more sustainable, more inclusive and a more equal society – a society in which, as James Shaw said last weekend, we read about poverty in the history books not the newspapers. The Greens campaign launch on Sunday in Nelson set out the three big themes of the campaign – we will protect our rivers and our water, we will support healthy families and ensure a decent income for all, and we will be honest and responsible in government.

These priorities are supported by policies the Greens have already announced on legalising cannabis, achieving 100% renewable power, doing our fair share to support refugees and making te reo part of the core curriculum. Climate change, transport and other policies will follow. The theme is ‘Great Together’, bringing New Zealand together to rise above the politics of distrust, division and apathy, to build a better future.

The launch was held in Nelson. The Greens are aiming for a big increase in the Party vote at this election (up from 11% in 2014) across the country, but are also targeting the Nelson seat. Matt Lawrey, a Nelson Councillor who is #21 on the list for the Greens, is contesting the seat. Nick Smith was elected to Nelson in 1990, the same year the Green Party was founded. It has been 27 years. After a series of disasters on housing, rivers and climate change, and having resigned from Ministerial portfolios over a conflict of interest while at ACC, it is time for him to go. As MC Hayley Holt said, it’s time to give Nick the flick.

The Greens launched our policy on protecting drinking water. Analysis by the Greens shows that 45,000 people are drinking water that contains E-coli. Some smaller communities need to boil their water before they can drink it safely. But beneath their feet is millions of litres of pristine water from aquifers that is given away to corporations for bottling or shipped offshore in tankers. Water bottlers and exporters are making profits from our resources. Our precious taonga should not be given away.

The Greens announced a policy to ensure that all New Zealanders have access to safe clean drinking water. Water sources will be protected and small communities will be supported in securing safe water. There will be a charge of 10 cents per litre on all bottled water sold or exported in NZ. Any new consents for bottling water would be halted until new regulations are put in place.

A working party will help develop a system to charge all commercial water users “a fair amount”. The charge should respect te Tiriti and tangata whenua will play a critical role in deciding on how water levy on commercial use of our water resources would be implemented. This policy is part of the Greens commitment to ensuring our rivers are brought up to a swimmable standard, allowing public use and protecting the natural ecosystems. Our full policy will follow.

Despite the policy announcements, most attention has been on the politics of the launch. Co-leader Metiria Turei made it clear that the Greens were committed to change the government. The memorandum of understanding with Labour is the foundation for building the next government. However, if we were not part of the coalition, we would not accept a Labour-New Zealand First government and certainly not a National-New Zealand First government. Neither will be acceptable to the Greens. We want the Greens to be the beating heart of the next government and the strongest possible party vote for the Greens is the only solution.

It’s time. We cannot allow National to get back into power again. We need a progressive government to tackle the challenges of deepening poverty, the housing crisis, prejudice and exclusion, pollution of our rivers and beaches, mining on our conservation land, endangered species and climate change. The Greens are the only Party who can be trusted to step up to these challenges and build the society that includes us all. Support us during this crucial campaign.