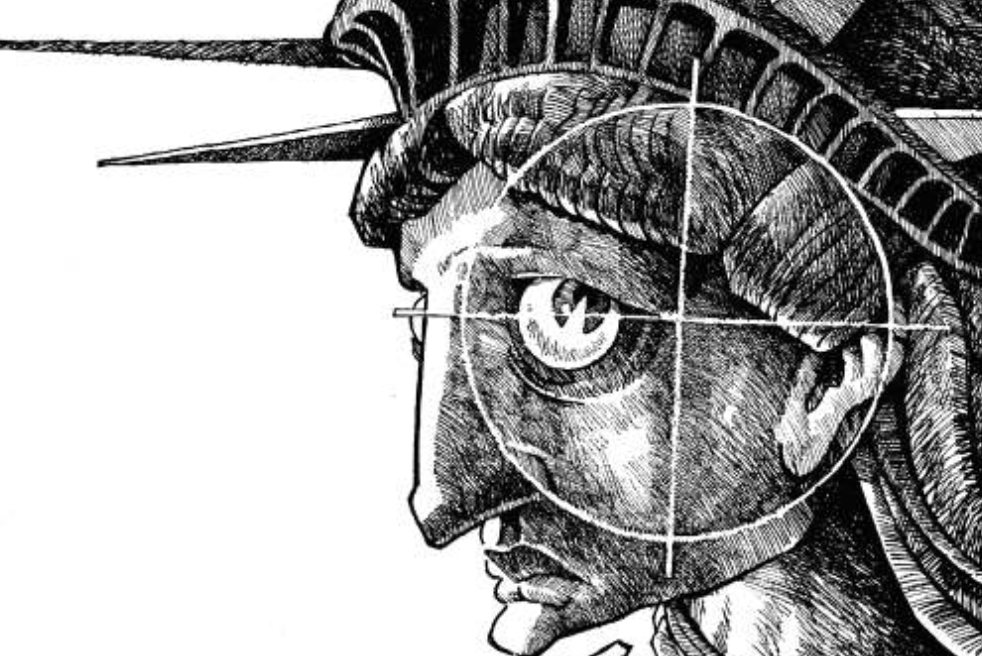 A few days ago;

Congressman Steve Scalise, the No. 3 Republican in the U.S. House of Representatives, was in critical condition on Wednesday night after he and three others were shot as they practiced for a charity baseball game.

Also wounded were a congressional aide and one former aide who now works as a lobbyist, officials said. One Capitol Hill police officer suffered a gunshot wound and another officer twisted an ankle and was released from a hospital, police said.

Reports indicate that the gunman, who was shot and killed, was a Bernie Sanders supporter;

It quickly emerged the [gunman], had posted anti-Trump messages on his social media accounts and campaigned on behalf of Mr Sanders, the Left-wing Senator who ran for the Democratic presidential nomination.

Whatever my  thoughts and feelings toward those on the Right – including this current Trump Administration – the actions of the shooter (who will  not be named here) in Washington D.C. cannot be condoned.

For at least three reasons, political assassination must never be allowed to become a social norm;

As well, the gunman has undermined and damaged his own ideology. Supporters of Bernie Sanders will now share the odium of one disturbed assassin’s crime.

Already, those inclined toward conspiracy theories have jumped on this shooting for their own agenda;

It didn’t take long for some to connect the shooting to Sanders himself. One person in particular, Jack Posobiec — a Trump supporter who has pushed the conspiracy theory surrounding DNC staffer Seth Rich’s death — especially fueled that idea.

“Just 4 days ago Bernie Sanders ordered his followers to ‘take down’ Trump,” he tweeted.

Sanders did not say that. Posobiec seemed to pull it from a CNN headline that describes Sanders’ nearly hourlong speech at Sunday’s People’s Summit.

The headline, “Sanders to faithful: Take down Trump, take over Democratic Party,” refers to Sanders’ message of resistance to the establishment rule, one that he campaigned on and since has reiterated, and his strong criticism of Trump.

Sanders called Trump “perhaps the worst and most dangerous president in the history of our country” in his speech and ended by saying, “I want you to think about the incredibly brave heroes and heroines in our history against unbelievably daunting odds who risked their lives for social justice, for economic justice, for racial justice.”

But he did not at any point say anyone should “take down” the president.

If  this blogger were of a mind to resort to invented fantastical conspiracy theories, one could posit that the Scalise shooting may have been a “false flag” black-ops carried out by Trump supporters to (a) undermine Sanders’ credibility and (b) create sympathy for Trump.

Conspiracy theories are easy to invent; they require a simple idea; a small element of truth (or a mutated variety of it); and a strand of apparent logic.

But there is zero evidence for such a conspiracy.

The plain truth of the matter is that one disturbed, angry, frustrated individual, with typical American-style access to firearms, took it upon himself to decide who lives and who dies based purely on his own prejudices.

It was unacceptable when successive US governments assassinated political enemies in foreign lands, or the Putin government assassinated it’s critics domestically or abroad.

For example, I will criticise Trump because of his apparent selective morality;

Mr Trump later visited the hospital where Mr Scalise was recovering. The president then tweeted: “Rep. Steve Scalise, one of the truly great people, is in very tough shape – but he is a real fighter. Pray for Steve!”

The president, accompanied to the hospital by his wife Melania, sat by Mr Scalise’s bedside and spoke with his family.

It is disconcerting that – as far as this blogger is aware – Trump never visited the sole survivor of three men who stood up to a racist bigot threatening two young women in Portland;

Pressure is mounting on Donald Trump to address the fatal stabbing of several men who tried to protect a Muslim teenager from being subject to a racist rant on a train.

53-year-old Ricky Best and 23-year-old Taliesin Myrddin Namkai-Meche were killed after they tried to stop Jeremy Christian from hurling abuse at two women, one of whom was wearing a hijab.

Ted Wheeler, the Portland mayor, and the FBI have condemned the killings.

The President has not mentioned the attack by Christian, a man who has been described as a white supremacist, yet Mr Trump has continued to actively use social media.

Tweets since the attack include his “big results” from the trip to Europe, “fake news” and health care, and he has even praised the newly-elected Republican representative in Montana who allegedly assaulted a Guardian journalist at a campaign event.

Veteran journalist Dan Rather made an appeal on Facebook for the President to name the “brave Americans” killed in the attack, and his post has been commented on and shared more than 340,000 times.

“I wish we would hear you say these names, or even just tweet them,” Mr Rather said.

When there was a comment from the White House, the supposed tweet from Trump was – irony of ironies – apparently  “fake”. It was most likely written by a White House staffer;

After pressure mounted on Donald Trump to comment on the racist attack in Portland, Oregon that left two men dead on Friday, the president said on Monday the attack was “unacceptable”.

Trump’s words were broadcast on the @POTUS Twitter account, rather than the more commonly used @RealDonaldTrump, on Monday morning, shortly before Trump marked Memorial Day with a speech at Arlington national cemetery in Virginia.

“The violent attacks in Portland on Friday are unacceptable,” the tweet read. “The victims were standing up to hate and intolerance. Our prayers are w/ them.”

Have I ‘attacked’ Trump?

Yes I have. And for damned good reason. But no violence was used.

No one died. No blood was spilled.

This is how a contest of ideas should – must! – take place in a civilised society.

Otherwise we are still cave-swelling barbarians – albeit with high-tech weapons, reality tv, and delusions of civility. To be a gun-wielding maniac, whether from the Right or Left, is to surrender to our worst urges. No intelligent thought, creative imagination, or insights required.

When one of “Our Own” from the Left or Right resorts to violence, we have to own that person. In this case, the Left has to take ownership of the Washington gunman and remind ourselves; this is not the way.

When a  Norwegian neo-fascist terrorist murdered seventyseven people in his own country, we demanded that the Right take responsibility for his actions.

The Left should  do no less.

After this attack on one of their own, Republican lawmakers might re-visit their recent history when it comes to gun-control.

A bullet makes no distinction between Republicans and Democrats. Only the person wielding the gun does that.

Reuters: Scalise in critical condition after attack by gunman at baseball field

The Guardian:  Portland attack – Trump says victims stood up to ‘hate and intolerance’

The Portland Heroes – the indomitable human spirit at its finest