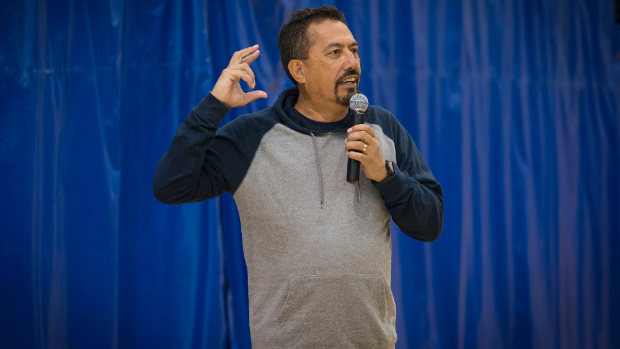 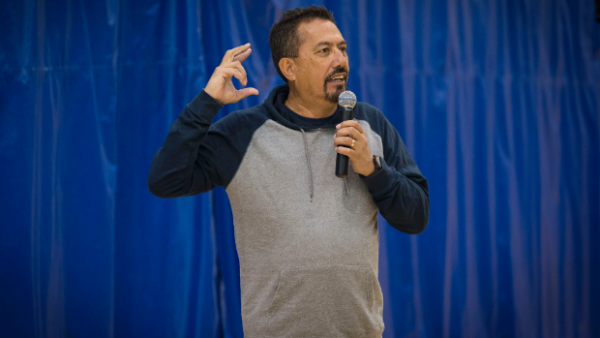 Good on Mike King for attacking the gutless, shamefaced, official line on suicide as part of the problem not the solution. And cheers to The Daily Blog for acting as a forum on suicide with activists like Dave McPherson and Martyn Bradbury exposing the failures of the health system. While I agree that we need to change the official response to suicide, that should be based on what causes suicide.

I will argue that suicide is a desperate act of refusal against a powerless, de-humanising, alienated life under capitalism. But so long as the official line of taking the fight against suicide out of the hands of people and keeping it as a function of the bureaucracy, judiciary and medical profession remains, the epidemic of suicide will continue. Not until suicide is properly debated and its causes fully understood can any real solutions be found. An independent inquiry is a start in that process. Here is a summary of what I would say to an independent inquiry.

To reduce suicide to a personal choice, something wrong with the genes, or neo-liberal social policy, is to mistake the symptoms for the cause. There is a long trail of bankrupt theories strewn along the painful history of this subject. First, there is the history of the Church, especially the Catholic church, of reducing suicide to a sin in the eyes of God. Who would know? Then there is the mainline bourgeois culture of rampant Western individualism that suicides are ‘failures’ who haven’t found ‘success’ in the market. Both of these superstitions form the underbelly of attitudes toward suicide today. Then there are attempts to find measurable causes that can be traced back to impacts on the individuals of social relations who can then be isolated and treated as ‘abnormal’ or ‘deviants’ by medicine or social policy.

Most notably was Emile Durkheim the French sociologist who wrote ‘Suicide: a study in sociology’ in 1897. Durkheim was a ‘positivist’, someone who observed behaviour and looked for correlations and patterns to infer causes. He found 4 types of suicide based on supposed differences in causation. 1) Egoistic, was caused by the excessive individualism of modern (capitalist) society. 2) Anomic, the lack of social norms and institutions that support the individual. 3) Altruistic, a lack of strong individual traits when facing authority. 4) Fatalistic, suicide in the face of overwhelming social pressures. The two examples he uses are slaves and married women.

Durkheim proposed social policies for each type. Egoistic and Anomic suicides could he prevented by creating new social institutions to recreate the mechanical solidarity (eg extended family and village life) of pre-capitalist society to support individuals. Altruistic and Fatalistic were more problematic because they involved critiquing military and family authority which Durkheim endorsed as necessary for capitalism to function. In fact he supported the authority of husbands over wives and opposed divorce. In any event, these tinkerings with social policy have failed to get to the root causes of suicide in the century or more since. The sociology of suicide has fixated on symptoms while the state bureaucracies and the medical profession prescribe “good science” but continue to ignore the fundamental causes.

The most promising 19th century line of attack was that of Marx which began 50 years before Durkheim. It was not the social consequences of capitalism that were the causes but the social relations of capitalism itself. For Marx, the basic cause of all social ills was the alienation of individuals from their labour which also affected those who lived off that labour the bourgeoisie. Marx never studied suicide as such, but in 1845 he commented on the work of French statistician and police chief Peuchet who found an obvious correlation between three young bourgeois females subjected to extreme family abuse (spousal abuse and public humiliation for sexual ‘deviancy’) and their suicides by drowning in the river Seine.

Before looking as more recent attempts to apply “good science” to suicide, it is worth pausing to consider the “theory and practice” of the Bolshevik revolution and its impact on suicide. Marx’s theory predicts that the end of capitalism would bring an end to alienation and the beginning of real humanism. The end of the bourgeois family would empower women and liberate them from domestic slavery. What is the evidence? First, the freedom from oppression was such that human creativity blossomed in all walks of life. Workers control of the state and industry empowered them to make their own lives free of the shackles of capitalist social relations. The place of women became more equal. The bourgeois institutions of marriage and the family underwent massive changes.

The result was that among those who made the revolution and participated democratically in building the new society, suicides were almost nil. Workers were no longer alienated from their labour by capital. They controlled their labour collectively by democratic decisions in the the Soviets which planned production on the basis of need. A new individual began to emerge, the proletarian individual. The proletariat was within reach of creating ‘humanity’.  Such were the expectations of a new order that the reversal of these conditions brought the inevitable downfall and with it, waves of suicides.

The degeneration of the revolution brought about a reversal of these new freedoms. Underlying this reversal was the failure of the revolution in Europe and the isolation of the Soviet Union. The ideals of the revolution came under increasing challenge. In the attempt to negotiate a peace with Germany the vast areas of the South were devastated. The the civil war against imperialist invasion required a war economy where the state took more central powers and reduced those of the soviets. To feed the troops the peasantry had their product requisitioned. This turned many peasants against the workers state, and in particular the Bolsheviks. The Kronstadt rebellion was ruthlessly put down. The New Economic Policy virtually restored capitalism in the countryside to feed the industrial workers.

The growing concentration of power in the state disillusioned many and the state responded by clamping down on dissidents.  Stalin and his apparatus ushered in bureaucratic rule. Workers democracy was usurped. New rights were stripped. At each point in this reversal of the revolution, and the hopes in the revolution were dashed, the rates of suicide went up. Suicide in the Soviet Union therefore was a direct result of the failure to break completely from capitalism, and the degeneration of the revolution as the bureaucracy to state power from the workers. Most important, socialist equality was stillborn as workers control of their labour was taken over by a state bureaucracy. Surplus labour was not allocated to social needs on a democratic basis, but expropriated by the bureaucracy.  Alienation re-appeared in the unequal social relations of the bureaucratic regime.

I have argued above that alienation is the fundamental cause of suicide. It cannot be overcome unless there is an end to the unequal social relations that produce alienation. The capitalist state is based upon alienation and designed to reproduce it by legitimising inequality. The state bureaucracy uses its power to monopolize knowledge and prevent any challenge to capitalist rule. The biggest challenge is young people who may revolt against what they see as the worst features of capitalism. Knowledge is power. One critical form of knowledge is the cause of suicide and the high rate of youth suicides. But to question and challenge capitalism means not only knowledge, but communicating and organizing, that is, talking about and acting on your beliefs.

Back in 2009 two years after the suicide of my youngest son Bruno, I finished a critique of the official state policy on suicide and the way in which is closed down the only successful  attempt to organise in schools to give peers the power to intervene to stop suicide – Yellow Ribbon. I finished the critique by looking at how we can take control over our own lives, out of the hands of bureaucrats and politicians, and empower youth to stop the epidemic of suicide.

“Talking about suicide at school face to face or texting on mobiles as now a manifestation of power many times more potent than the whole official code of silence backed by prohibitive laws and sanctions of state authority. Texting to organise demonstrations and strikes is testimony to instant communication as a means of empowering young people. This is not virtual power or virtual reality; real mobilizations on real streets against real state and corporate authorities are the outcomes of such means of communications.

When mobiles merge with the internet an even more potent force will confront the power trip of the state and the bureaucracy. Every suicide is accompanied by a wave of shock, guilt, sadness and love. These are powerful emotions that must not be straight-jacketed by the official limits to talking about suicide. Moreover, the internet while dependent upon private ownership of hardware and telecoms, is an important source of income for the private sector. There is no way that the owners of the big social sites like Facebook, Myspace or Bebo will cut off or censor free speech without also cutting off their big profits. Indymedia can have its servers seized but they pop up elsewhere. The power of young informed people will simply divert around such bureaucratic barriers and spread into new areas of communication.

We can see that on the many sites where people talk openly about suicide. The majority of responses are painful, confused and fatalistic – symptomatic of alienation. But there is also much expression of love, sympathy and hope for the future. While these sites are helping to talk about suicide they lack direction towards organized systematic prevention. We need not only suicide prevention groups on the internet but the mobilization of young people in schools, the workplaces and in the wider society to actively intervene in the causes of depression and suicidal behavior.

The Yellow Ribbon peer based approach has the potential of providing the missing link and filling the black hole in the official orthodoxy. Young people need young people to talk to and to support one another. It is a terrible indictment on our society that we do not act on the strongest evidence that we have, that young people talk to young people. An estimated 1 in 30 young people attempt suicide before they are 24, and many will try again as young adults. During these critical years most will talk to their peers. We have to seize that time spent in the schools to empower youth to fight for their lives. The silence has to be broken by talking, and to be heard, we all need to shout.”