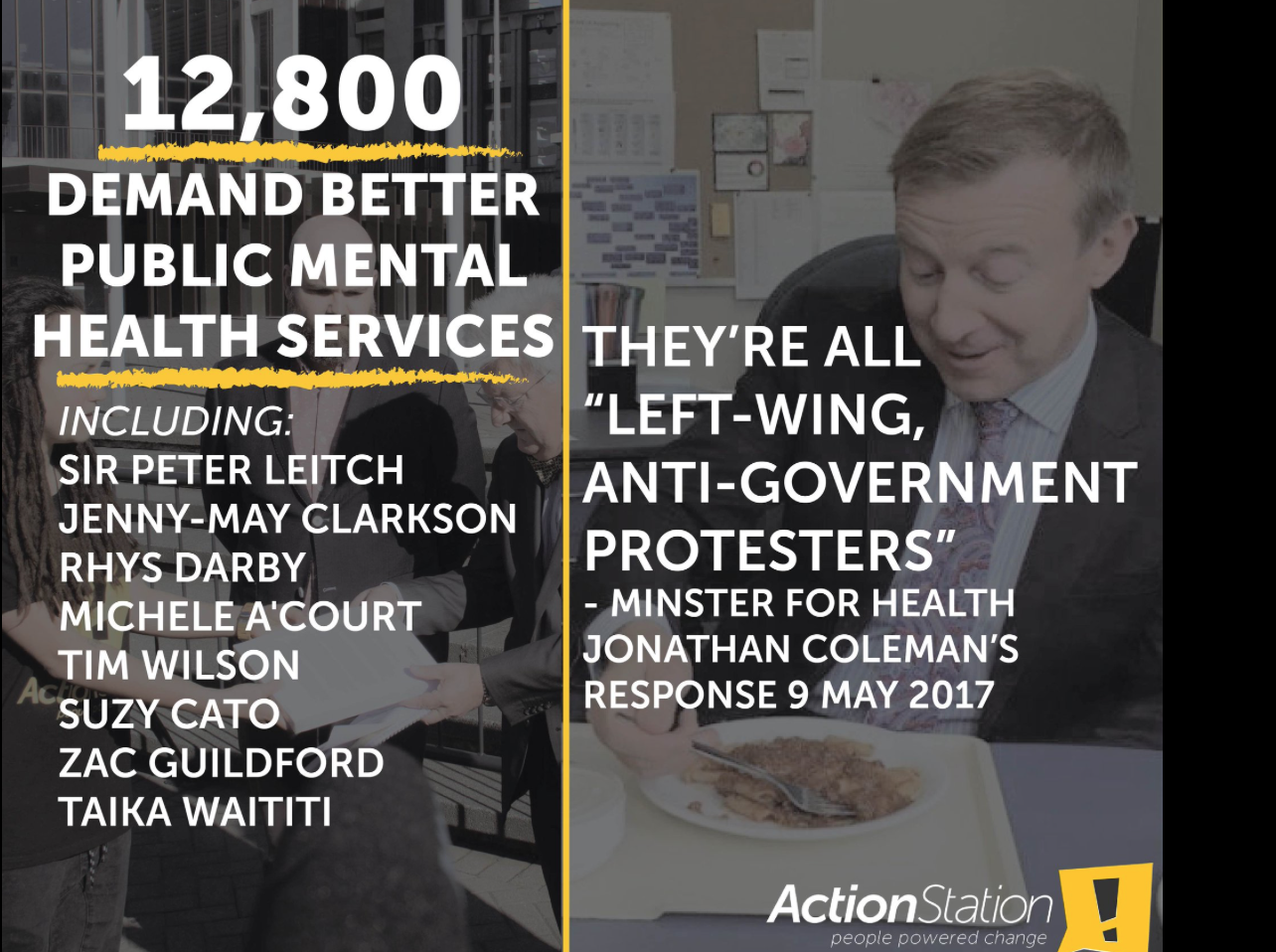 This is a mistake by Action Station… 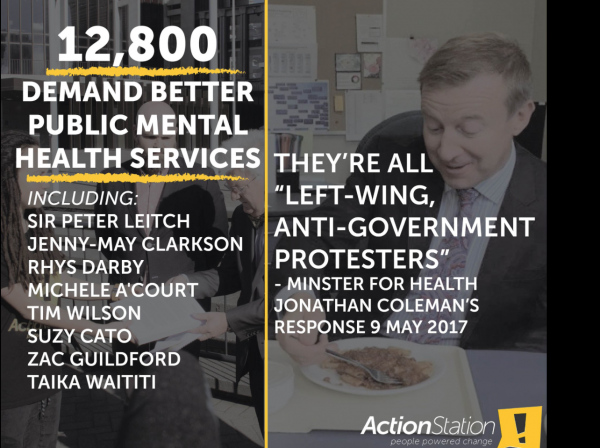 ...there is a very clear rational as to why the Government are labelling this report as pushed by “Left-Wing, ant-Government protestors”, and that is because National discovered through the Epsom Tea Pot Tapes and Nicky Hager that their rump voters hate the messenger far more than they are prepared to hate the message.

It’s a tactic that isn’t going to change the narrative that National are trying to impose and it makes Action Station the story rather than the tens of thousands of NZers who desperately need a platform to voice the horrific experience they have had inside our broken mental health system.

It’s not about you Action Station.

The appropriate response to this shit by the Government is to bring the issue right back to the NZers who are suffering inside our broken mental health system.

To date the response has been to insult those who have brought this to light and a cold indifferent ‘meh’. Buying into the first response is playing into the Government’s hands, refocusing it back on what has been exposed as opposed to who is exposing it will find deeper resonance with the electorate.

Those who have been courageous enough to share their experience deserve nothing less than for them to be the focus.