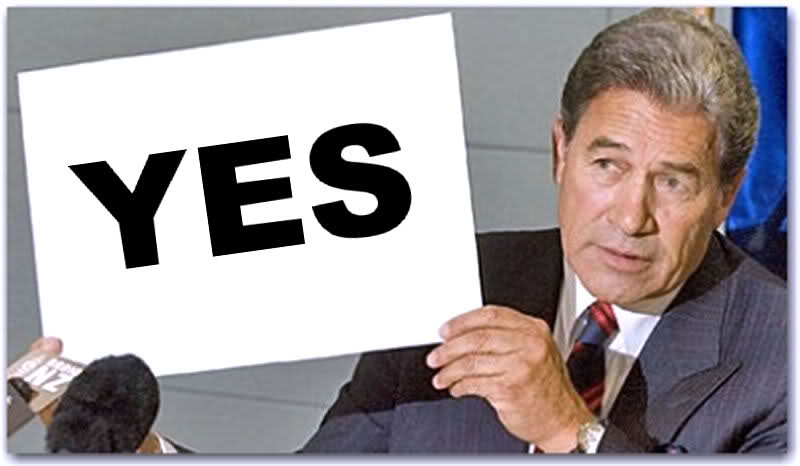 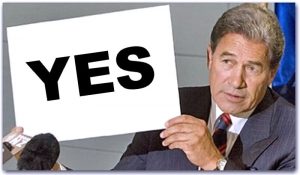 Good to see Tracy Watkins a full 3 weeks behind The Daily Blog in appreciating the role NZ First plays in the 2017 election. Once she catches up on how this impacts the rest of the political spectrum, Stuff will almost start providing the same level of political analysis TDB does a month after TDB does it.

The latest Roy Morgan Poll highlights the powerful position Winston now occupies in the political spectrum and how his rise will impact the other parties will expose the fault lines that run through Parliament.

Winston’s angry message on immigration and the need for economic sovereignty will never have a more fertile or ripe environment and he will unleash an anti-immigration rhetoric to match that new heaving political landscape.

NZ First in the last 3 elections jump up due to a late collapse in the Labour vote, this time however I think the vote collapse will come from National.

Here’s how a rising NZ First impacts the other Political players.

National: Don Brash’s cross burning roadshow has attracted huge numbers in provincial NZ and the Pakeha Pied Piper of Hatesville has been telling these frightened provincial crackers that the Maori bogeyman have magical new powers under the RMA and is telling them to vote for Winston. The provinces feel marginalised and forgotten by National, they haven’t had the promised infrastructure upgrades and their fear of a Brown Planet is all Winston needs to rob National of enough vote for them to dip under 40%

Labour: Andrew Little has inoculated Labour with their cut in immigration plan and there has been real behind the scenes efforts to build strong relationships between the Labour leadership and Winston. The likeliest change of Government sees Labour + NZ First with Greens providing supply and confidence for a few Ministerial positions so the ability for Labour + NZ First to work together is essential for any change of Government. Andrew will still push back on Winston’s more inflammatory rhetoric, (you saw him do that this week with Winston’s insane connecting of Journalists ethnicity with the article they wrote) but not so much that it burns any bridges with NZ First. If Andrew can’t cut a deal with Winston and win the Government benches in September, he’ll see a challenge to his leadership so he’s at a sink or swim moment.

Greens: NZ First poses a real existential threat to the Greens, if they leap frog the Greens, they suddenly become the 4th largest party and they lose the moral authority for Labour to offer them anything more than supply and confidence. The real threat to the Greens will be keeping their own twitter army from ripping them to pieces if those Emerald Stormtroopers don’t see Green MPs denouncing Winston’s looming rhetoric in strong enough terms. The Greens know Winston takes attacks personally and the more they criticise, the less likely they are get a good deal in post election negotiations.

Whether the twitter elite in NZ like it or not, Winston is the key to a change of Government.