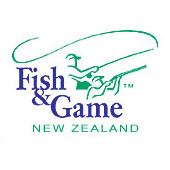 The government is being accused of a ”sneaky backdoor attack” on one of the core principles of New Zealand’s cornerstone environment laws.

Fish & Game says the attack is hidden in the fine detail of the government’s proposed changes to the document governing how freshwater should be managed, the National Policy Statement for Freshwater Management.

“What has been revealed is a sneaky backdoor attack on one of the core principles of the Resource Management Act which will effectively put economic growth ahead of the environment,” Mr Johnson says.

Mr Johnson says the public should be worried about what the government is planning for the environment and the cherished rivers and streams where they swim, fish and gather food.

“When you have two such highly-respected legal experts as Sir Geoffrey and Elana Geddis warning of the environmental dangers hidden in the proposed amendments, then it’s time to sit up and take notice,” Mr Johnson says.

“With the conflicting responsibilities Regional Councils already have for environmental protection and regional development, you don’t have to be a political scientist to see the environment will be the loser if the economy is elevated.

“This is deeply concerning as “economic wellbeing” and “productive economic opportunities” are limitless and lend themselves to political abuse,” he says.

Bryce Johnson says the public needs to be aware of what these changes will mean.

“It is a crafty attempt by the government to firmly place the economy and big business ahead of the environment. It significantly undermines the degree of environmental protection which is currently provided by the existing freshwater policy guidelines.

“The changes will effectively undermine the environmental protection in the existing freshwater policy statement by requiring “economic well-being” and “productive economic opportunities” to be given the same status as the environment.

“The New Zealand public is growing increasingly angry about the state of their rivers, lakes and streams. They have protested, signed petitions and marched on Parliament, yet the government is brazenly trying to ignore them and pretend it has the best interests of the environment at heart.

“The simple fact is we cannot go on abusing the environment in the way we have. The government has to realise it is finite, not limitless,” Mr Johnson says.

The government’s proposed amendments to the National Policy Statement for Freshwater Management have already attracted considerable controversy, with environmentalists saying the government is merely trying to shift the goalposts to allow dirtier water to be classed as “swimmable.”

Expert freshwater scientists say the suggested guidelines are confusing, complicated and difficult to understand. The government has asked for public feedback on its proposed amendments and the deadline for submissions is 5pm this Friday, 28 April.

Bryce Johnson says everyone who cares about the environment must take a stand and tell the government they are fed up.

“Concerned members of the public should put a submission in. Go to the Ministry for the Environment website and have your say. Submissions close at 5pm this Friday, so it’s crucial that we all tell them what we think,” Mr Johnson says.

The link for making a submission is here.