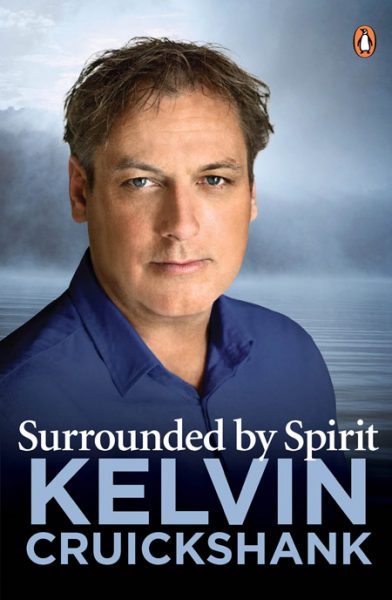 The corporate mainstream media do a lot of complaining about ‘fake news’ and a lot of chest beating about the state of their ‘journalism’ but you can see why attacking the credibility of corporate news media is so easy to do when you see example after example of news that is not in any way shape or form actual news.

Psychic medium ­Kelvin Cruickshank had a packed audience in tears when he believed he was contacted by All Blacks legend Jonah Lomu from beyond the grave.

Sensing Murder star Cruickshank reveals how the bizarre message from the other side came during a live performance in Auckland in the middle of last year, when Lomu’s brother John was in the audience.

“It was an incredible experience because I knew Jonah ­personally, he was quite close to my son,” Cruickshank says. “I had no idea his brother was in the hall and there wasn’t a dry eye in the house when Jonah came through.”

The incident is described in the TV psychic’s upcoming new book, Surrounded by Spirit.

In it, he tells how John Lomu went to the show with wife ­Kristen at the last minute using tickets ­returned by fans who couldn’t make it along.

“They were sitting at the back of the theatre and I could barely see them, but their family members started coming through, so I began by going to Kristen first,” Cruickshank recalls. “After a while a man in spirit, who was clearly there for John, got my attention.

“I was given the name Joe, and John said that it was his brother.”

Cruickshank then told John his brother was telling him he didn’t get the chance to say goodbye.

Some bullshit charlatan who pretends to speak with dead people has a book detailing him talking to dead people and they have the audacity to include Jonah bloody Lomu in this grotesque illusion?

When will the ‘journalist’ of this piece step in and say, ‘shouldn’t you be fucking ashamed of yourself for including a well loved and decent human being like Jonah Lomu in your snake oil charade’?

Cruickshank hopes the Lomu episode will ­encourage people to share his belief they surrounded by loved ones after they have died.

His psychic abilities attract a big audience and have delivered a handsome living for the former chef. He shot to fame on popular TV show Sensing Murder and Surrounded by Spirit will be his seventh book.

The dad of two from Kerikeri regularly plays to sold-out crowds on live tours around the ­country and a new TV show he fronts called Haunted Hollywood is about to screen in the US.

How the Christ isn’t this ‘fake news’ and how on earth can the corporate news media expect to be respected when they publish trash like this?