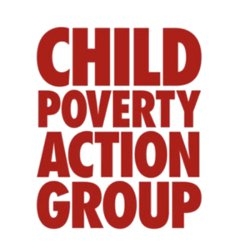 Child Poverty Action Group (CPAG) supports and endorses the Health Charter by the United Communities Action Network New Zealand (UCAN) that says “everyone deserves the right to health”.
UCAN, an organisation formed four years ago, believes that the right to health is, “being denied to many in Aotearoa-New Zealand, through poor access to health services, an unfair economic and education system that strongly favours the wealthy over the poor.”

CPAG agrees that much of the poor health among children in New Zealand is attributable to “inadequate and unhealthy housing, poor living environments that alienate vulnerable sections of the community.”

The link between poverty and poor mental and physical health among children, whose opportunities to thrive are compromised, is very real. Professor Innes Asher, Health Spokesperson for CPAG says that “poverty and unhealthy housing and inadequate basic health care are the drivers behind many of the thousands of children admitted to hospital each year with preventable diseases.

“Comprehensive effective policies are needed to change this grim situation which results in large numbers of children, many of whom are babies, becoming very sick and who often suffer lifelong damage.”

CPAG says that UCAN promoting the right to healthcare that is not met with a cost barrier is a commendable effort, and aligns with the United Nations Convention on the Rights of the Child, which New Zealand ratified 24 years ago.

CPAG notes with great concern that over half a million New Zealanders cannot afford to see their GPs. We are asking that the Government extends the zero fees scheme for free access to General Practice to include all children up to their 18th birthdays.

This would be one of the measures needed toward a goal of halving the number of hospital admissions for preventable illness among children – which is currently around 40,000 annually.

The UCAN Health Charter (2016) also supports everyone having the right to affordable, safe and healthy housing.

CPAG hopes that there will be a greater commitment by the New Zealand Government to ensuring that every family has access to an affordable, healthy home. Instituting a rental Warrant of Fitness to ensure that a minimum standard is met and that homes are made to be safe, dry, and insulated would be a step toward ensuring better health for all children of low-income families.