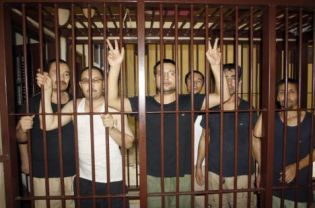 We are calling for the New Zealand Government to bring approximately two dozen people currently held at an immigration detention centre in Kapung, Indonesia, to New Zealand to assess their asylum claims in New Zealand itself.

This is the first case in which the publicly available evidence indicates a group of people both intended to and had the capability to reach New Zealand territory by boat to seek asylum from persecution under the Refugee Convention. Their journey, however, was forcibly and illegally stopped by Australian authorities in international waters. This was done with the knowledge of the New Zealand Government, and possibly with their agreement or even instruction. The New Zealand Government has refused to release details about the incident under the Official Information Act.

We believe processing this group’s asylum claims in New Zealand is the only course of action that could meaningfully demonstrate the New Zealand Government is committed to uphold the spirit of the Refugee Convention, and is not complicit in Australia’s much condemned Operation Sovereign Borders.

In May 2015, a group of asylum-seekers was intercepted by the Australian Navy and Border Force on their journey to New Zealand according to evidence published in an Amnesty International Australia report.[1] This incident – the interception and current detention of these asylum-seekers – most recently received coverage in the New Zealand media in early 2016.[2]

The Amnesty report finds that:

The boat was first intercepted in international waters, on 17 May, near East Nusa Tenggara, Indonesia, by two Australian ships: one Navy and one Border Force. …The crew members, who said they thought from their GPS that they were located in international waters, told the Australian officials that they did not have the right to board. Nevertheless, the Australian officials boarded and spent about half an hour inspecting the boat’s equipment and food supplies… then disembarked… The two Australian ships continued to follow the boat for several days, until – on 22 May – a second interception took place

The passengers were removed from their boat and put on two smaller, less seaworthy boats bound for Indonesia. After one boat ran out of fuel, the passengers had to transfer onto the other boat in the middle of the ocean. This boat then ran aground off the coast of Indonesia and the asylum-seekers were rescued by Indonesian fisherman, and subsequently detained by Indonesian authorities.

According to the Amnesty report, the asylum-seekers suffered abuse in the custody of Australian authorities, and their journey on the two less seaworthy boats seriously endangered their lives. Significantly, the actions of the Australian forces denied the group’s opportunity to claim asylum in New Zealand territory.

“I don’t know why [the Australians] stopped us. We didn’t enter Australian territory, we had enough fuel, food, and everything to reach New Zealand – the boat was in good condition.”

He said he was confident that they could have reached their destination, and none of the asylum-seekers heard the crew members express any doubts about this either. When asked if the interception was a rescue operation, the asylum-seeker was categorical: “No, we were simply caught.” The other asylum-seekers agreed with him.

Given these circumstances, the pertinent question is whether these actions were conducted on behalf of the New Zealand Government. The New Zealand Prime Minister stated he had been informed about the group of asylum seekers and their ability and intention to land in New Zealand, and had engaged in discussions with the Australian and Indonesian authorities about the situation.[3] While Australia’s Operation Sovereign Borders has been rightly condemned[4], New Zealand’s role in this policy has thus far attracted little scrutiny.

In 2010, Radio New Zealand reported that “[the New Zealand] Government is open to talks with Australia about a regional solution” and was in talks with “East Timorese President Jose Ramos Horta and New Zealand Prime Minister John Key” about off-shore processing.[5]

In 2013, the New Zealand Herald reported that “John Key and Australian Prime Minister Julia Gillard announced a deal for New Zealand [which] would also give New Zealand access to Australian intelligence and other resources to disrupt [boat arrivals]” and that “Mr Key said Australia was receptive to processing any mass arrival to New Zealand in its offshore centres in Nauru and Papua New Guinea.” [6] Michael Timmins, a refugee lawyer, writing in New Zealand Herald stated this agreement made New Zealand “clearly complicit in Australia’s … asylum system.” [7]

While this deal was never formally implemented due to a change in the Australian Prime Minister, it showed a willingness on the New Zealand Government’s part to play an active role in Australia’s ‘turnback’ policy.

In 2016, in a news segment regarding the Kapung case, the New Zealand Prime Minister stated in a press briefing that:

[t]here’s no question that their [the Australian authorities] vigilance there and the work that they’ve done is essentially discouraged people coming to New Zealand as well because some of those boats if they couldn’t have got to Australia would have tried to come to New Zealand. That’s certainly the indications that we’ve had. [8]

Considering this group of asylum seekers for resettlement in New Zealand as part of New Zealand’s refugee quota system, as suggested by Labour leader Andrew Little, would be a preferable outcome to letting these asylum-seekers languish in Indonesia in detention.[9] However, not processing their claims in New Zealand would suggest tacit approval by the New Zealand Government of Australia’s Operation Sovereign Borders which hopes to achieve just this type of outcome: forcibly turning away boats to countries that have not signed the Refugee Convention for offshore processing of asylum-seekers.

[3] On 3 June 2015, the NZ Herald reported: “Prime Minister John Key said New Zealand was alerted to the boat ‘some time ago’ and was working with Australia and Indonesia. He would not be more specific about what preparations were being made here. “We didn’t get to the point where we had to make some of those tougher calls” (see Nicholas Jones, “Key warning on boat people”, NZ Herald, 3 June 2015). Four days later, the paper reported that “Prime Minister John Key has previously said he had been advised that the boat heading for New Zealand had a credible chance of making it”

[4] See, for example, the open letter signed by 53 legal scholars from Australia in which they state: “Australia’s reported conduct under Operation Sovereign Borders clearly violates international law, is inconsistent with Australia’s position as a non-permanent member of the UN Security Council and adherence to the United Nations Charter, and Australia’s frequent calls for East and Southeast Asian countries to respect international law in the resolution of territorial and maritime disputes” (see

“Statement By Legal Scholars Regarding The Situation Concerning Sri Lankan Asylum Seekers ”, Scribd, 7 July 2014). Similarly, the New York Times Editorial Board has written that “Australia is pursuing draconian measures to deter people without visas from entering the country by boat. In doing so, it is failing in its obligation under international accords to protect refugees fleeing persecution” (see “Australia’s Refugee Problem”, NYT, 4 July 2014).