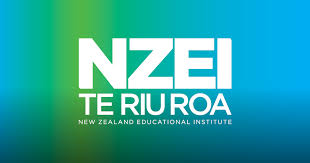 Progress on pay equity today is a huge credit to the hundreds of women who support the learning of the most vulnerable people in New Zealand, while earning some of the lowest rates of pay, NZEI Te Riu Roa says.

The Government has announced it has agreed to use new pay equity principles for the first time in pay claims from education support workers who are members of the NZEI.

“This progress is a long time coming,” NZEI President Lynda Stuart said. “The challenge now is for the Government to put its money where its mouth is, and work as quickly as possible to ensure women are paid properly for their hard work.

“Teacher aides and other education support workers help some of the most disadvantaged children learn, yet are given some of the lowest rates of pay simply because most of them are women.

“Our members welcome the Government’s commitment to pay equity, but they’re growing impatient. In 2017, women are tired of waiting to be paid fairly.

“It’a time to pay the sisters the same as the misters,” Mrs Stuart said.