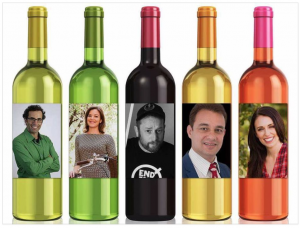 It has been a remarkable and historic landslide for Labour.

At a mere 39% of the electorate it is one of the lowest by-election turn outs on record and with a 77% win of the vote, it’s one of the highest wins for a Politician.

Such warping of the stats was due to National not showing. The threat at the beginning of this campaign that Genter could split votes once TOP entered seemed to have scared the bejesus out of the Greens (why they chose to stand is still not clear at all) and they tempered down their campaigning and have limped home with a % barely better than what they achieved nationally at the ballot box in 2014.

Some have suggested that gaining just over 10% of the vote was evidence of a win.

If you need to define success as getting a tiny bit above where you were 3 years ago, I’d hate to see failure.

This result has huge ramifications for the election.

Let’s look at the last 3 by-elections and consider this win by Labour in comparison:

Compare those three with the Mt Albert by-election

Labour Party: This victory is even larger than their one in Mt Roskill, Labour gain a real sense of momentum towards the election and most importantly it gives Labour real muscle in their relationship with the poor old Greens who have had a dreadful night. It also allowed Labour to test out their new electorate machines with robocalling telephone programmes aimed at specific voters they think they can win over.

Jacinda: Finally her star rises. She has real pulling power as a retail politician and people recognise her as the next generation, a voting bloc Labour are desperate to attract. This win in Helen Clark’s historic seat has all the symbolism of the next Leader of the Labour Party about it.

TOP: A very small win to them tonight, they have managed to get just under the 5% threshold in this by-election, so their reason for existence remains. But they have to up their profile to be competitive come September.

National: By stepping back and allowing the opposition to squabble, Bill English showed he is a far more shrewd tactician than Key was.

Green Party:They should never have stood. The fear that they would split the vote didn’t eventuate, but something far worse for the party has occurred, they look a hell of a lot weaker than anyone suspected they would.

Perhaps it was getting spooked by the entrance of the TOP candidate, but the Greens went from feeling like they had a shot in this electorate back in December of last year to hiding in the corner least their performance rob Jacinda of her coronation.

Genter has limped home and the result suggests that the Greens have stalled, not knowing what to do or how to do it. They should be looking at a reorganisation of their list to bring new blood and candidates into the party (as I suggested here in their top 20 candidate party list rankings) so that they can appeal to the under 30 electorate who aren’t voting.

God knows what they were thinking by running in Mt Albert. It hasn’t won any converts and the Greens look  a lot less organised than they did before going into it.

Auckland Central: Jacinda’s extraordinary leap over to Mt Albert and just dumping Central Auckland because she couldn’t bear losing to Nikki Kaye for a third time in a  row means no one of any real profile will stand for Labour in Central Auckland. Labour could have stood a moderately priced bottle of Chardonnay in Mt Albert and it would’ve won, but having Jacinda take her star power away from Auckland Central has cost Labour winning Auckland Central altogether. Money is on Nikki Kaye romping home there for National in September.

Annette King: The fiercely territorial old guard of Labour will not like seeing the rise of this Auckland based whipper snapper. Kids these days, bah humbug. Why isn’t Coro Street on every night anymore? Etc etc etc. King holds the Deputy as part of the internal peace deals to the right wing of the Party, so Little would only look at promoting Ardern after the election and only if they succeed in forming a Government.

The weakness of the Greens for one of their star candidates will mean they will have real problems with Labour come the election.

National historically drops 4 points 7 months before the last 2 elections, so they are looking at around 40%-42% on Election Day while NZ First always poll 4% or 5% higher, putting them in a position to actually replace the Greens as third largest party.

This very weak showing in the Mt Albert by-election will firmly place the Greens as the 3rd wheel in a NZ First Labour Government.