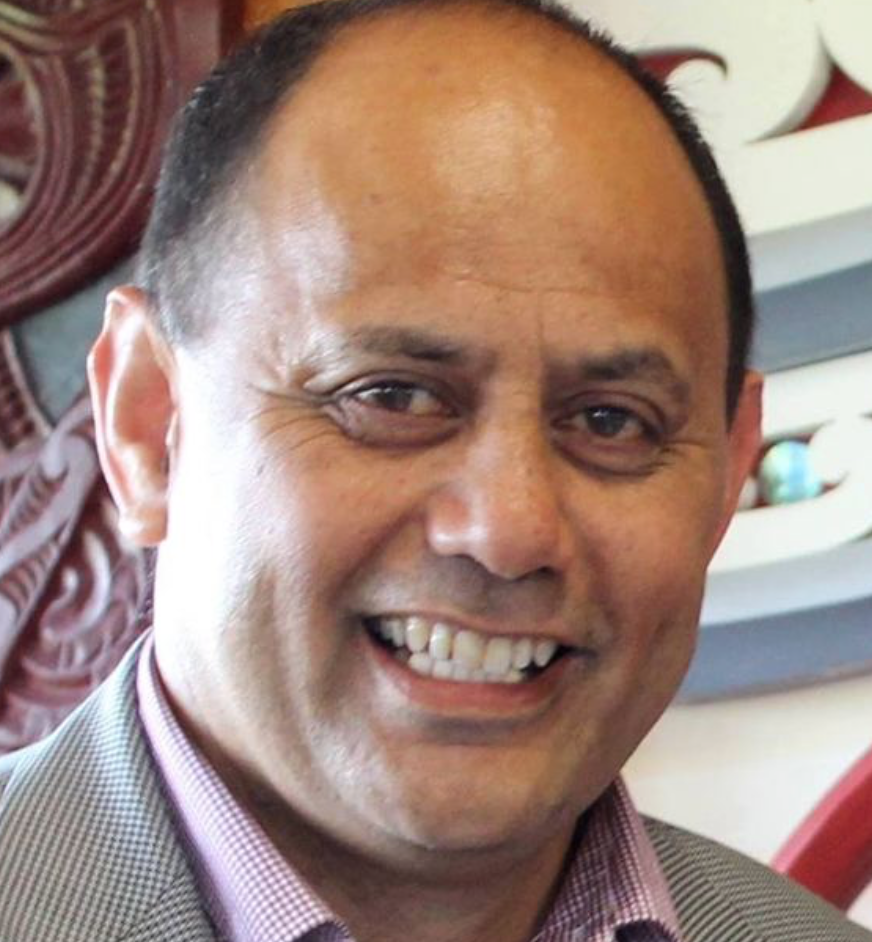 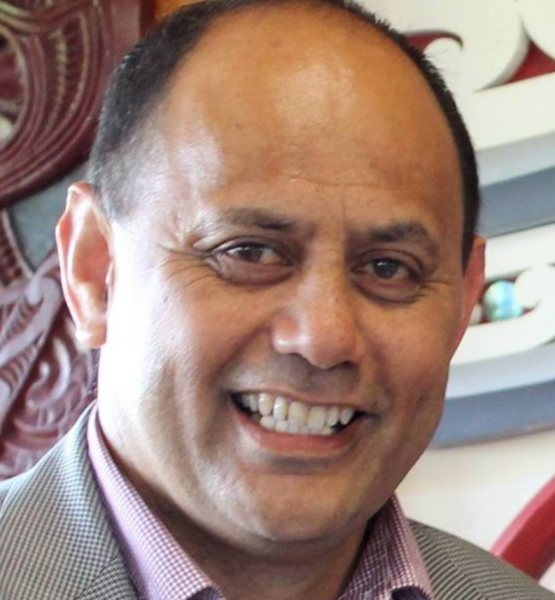 Willie Jackson can be really annoying. In fact, that was one of the reasons we divorced about 16 years ago. Another reason, no doubt, was that he got fed up with me. But that’s the way things can pan out in a marriage. In New Zealand, according to the stats, one in three married couples split up.

Back then, Willie had a short attention span. No idea about the Treaty either. I tried to break it down for him once, as we drove from Rotorua to Auckland.

“Repeat back to me what I just said.” He’d give me a blank look, shrug, then laugh. Hopeless.

On the plus side, he forgave me for writing off two of his cars, and he was a fantastic manager.

Once, our band was playing in Sydney and, unknown to me, some of them ended up in a big fight at a local hotel. The following morning, Willie called everyone into the motel carpark.

“How dare you come here and get into a fight,” he yelled, taking in the bruises and scratches. “And what’s even worse, you fucking lost?! What sort of a bloody look is that for warriors?”

“This isn’t a holiday,” he spluttered. “You’re ambassadors for our people. No more drinking, you hear me? Anyone got a problem with that, you can just fuck off now!”

No one moved a muscle. Point made. One thing about Willie is he always walked the talk, and expected others to.

When I first met him in the early ‘80s, he was rough around the edges. Actually, he was always on the edge. Maybe it was a South Auckland thing. In Willie’s circles, you could earn a punch in the head just for looking at someone “funny”.

Willie was the youngest freezing worker union president in the country. He got involved in the union side only because the chain, with its repetitive work, was his idea of living hell. Only a couple of people challenged Frank Barnard in his 26 years as district president of the Auckland Freezing Workers Union — and Willie was one of them. Didn’t win. But it showed that he backed himself and wasn’t afraid of taking on the big boys when he thought he could do better.

He worked as a union organiser under his uncle Syd Jackson (who he saw as a brilliant negotiator), alongside Tau Henare and Atareta Poananga — a team of fierce Māori activists going into bat for their mainly Pākehā female office workforce. He’d get so angry when he saw the lack of respect for honest, hardworking people, whether they were clerical workers or school janitors.

By night, Willie was moonlighting as a bouncer. His mum, June Batley-Jackson (Ngāti Maniapoto), began life as a cleaner and was made a dame in 2010. In between, June managed a security company on behalf of a former SAS soldier, placing bouncers into the worst pubs and clubs in South Auckland. Willie was the only Māori among a bunch of huge Tongans, none of whom were hired for their communications skills.

His dad was Bob Jackson (Ngāti Porou), a proud wharfie and hot-shot chess player — skills he passed on to Willie and our son. Bob went to university between shifts, graduating with a degree in politics and Māori.

“There are only two kinds of people in this world,” Bob would tease. “Ngāti Porou — and those who wish they were.”

However, Bob was no iwi fundamentalist. He was on the fiery Auckland Māori Council with the likes of Ranginui Walker, Hone Kaa and Titewhai Harawira, and was greatly respected for his community work and deep knowledge of tikanga. Bob and June backed a vision by Anzac (Zac) Wallace to create a welcoming space for Māori, particularly those with weak ties to their iwi. Bob named that complex in the middle of Mangere, Ngā Whare Waatea.

When we were married, I hosted talkback on Aotearoa Radio (a forerunner of Radio Waatea) and Willie was in sports talkback. Alongside our mates Wyn Osborne and Neil Cruickshank, Willie was plotting my music career and we were taking on the New Zealand music industry.

A number of friends from back then and some of Willie’s old mates from Mangere College work with him now. His brother Vaughan (“Huk”) is a longtime producer at Radio Waatea, and Claudette Hauiti, a former National MP, is presenting and producing too. But some at Waatea haven’t had it easy — it’s a huge win if they can hold down a regular job or not smash people over at the drop of a hat. Zac and his wife Deirdre Nehua are now back at Waatea, helping reintegrate former inmates into the community.

Willie might have all the flash titles, but he’s always been answerable to boards dominated by very stroppy, on-to-it wahine. Most of his managers are female too.

The kura creates an in-point for whānau ora programme managers to wrap their services around those families that need them. Not all do, but some who have nothing drop their kids off and pick up kai from the Waatea foodbank.

Newsflash. All the teachers are registered, they follow the New Zealand curriculum, and no one makes a profit — unless you factor the positive gains for society down the track.

For the last 10 years though, many people have only known Willie as a broadcaster. Love ‘em or hate ‘em, in their time as RadioLive talkback hosts, Willie and his bestie JT (John Tamihere) were the only staunchly Māori voices on commercial radio. They got stuck into racist policies and politicians, challenged police and journalistic practice, and basically had a go at anyone (Māori included) they thought was out of line.

Like many overpaid talkback hosts, they often crossed the line themselves. When their mouths ran away from them during the “Roast Busters” saga, genuine offence was exacerbated by everyone else with a historical beef piling in. You need a whiteboard to work out the various agendas.

Similar comments that week by Sean Plunket and Andrew Fagan barely rated a mention, but I guess there’s only one thing more offensive than “a cheeky darkie” (to quote Paul Holmes): it’s two. Instead of creating a golden opportunity in a follow-up show to explore sexist attitudes among all blokes, an unforgiving and highly vocal lynch mob demanded Willie and JT be fired.

I thought the comments in their interview were unacceptable, and I told Willie that. He took all the criticism on board, apologised then, and is still apologising three years later. There are still those who frame him now as less a devil’s advocate and more the devil incarnate. But given the failure of Willie’s most vocal critics to deal to star Pākehā broadcasters with a history of consistently spouting crap stuff about women, and Māori in particular — I’m putting racism near the top of my whiteboard, next to power plays.

Andrew Little rightly believes Willie shouldn’t be defined by his Roast Busters interview — that everything he’s done off air and the people he represents, count for something.

Andrew would be aware that Willie already knows the main players, has enough mongrel in him to thrive in parliament, and isn’t afraid of being unpopular.

After all, Willie and JT have battled iwi leaders, taken the Independent Māori Statutory Board to court, positioned themselves on to various boards, influenced iwi radio and Māori TV, and snaffled some of the biggest government contracts around. Willie has obviously honed his powers of concentration. And he gets the Treaty now.

Backstage at a recent concert, I ran into Rangi McClean (Māori Party), James Papali’i (Mana), and Willie. They’re all very active in their communities and longtime mates. I realised how things have changed in the last 20 years. Plenty of Māori will stand in this next election across all parties. It’s a huge decision for those who are key influencers already. Willie says his reason for standing is to “make a difference”.

It begs the question that all potential MPs must ask themselves: Can I really be more effective inside parliament than out?