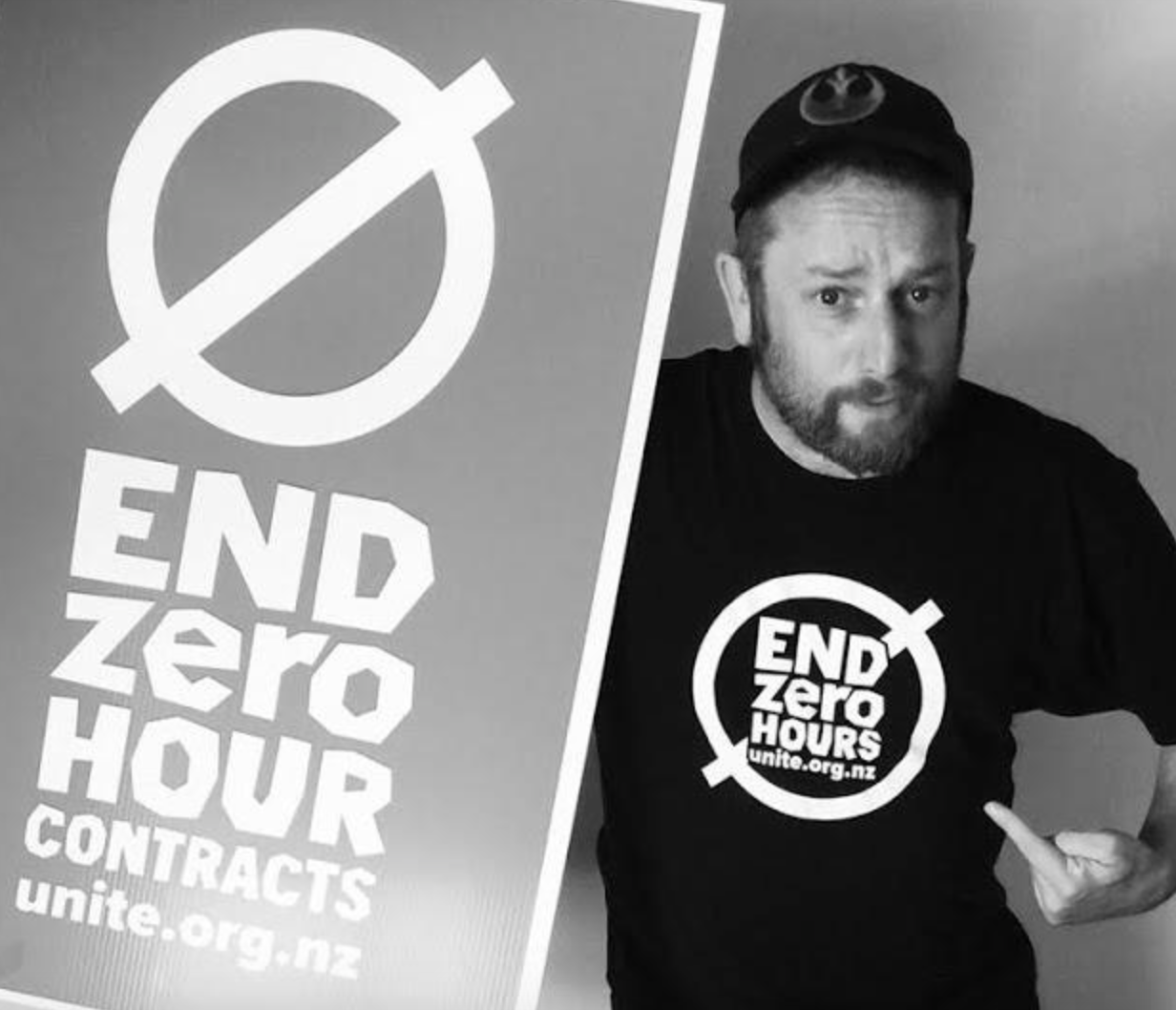 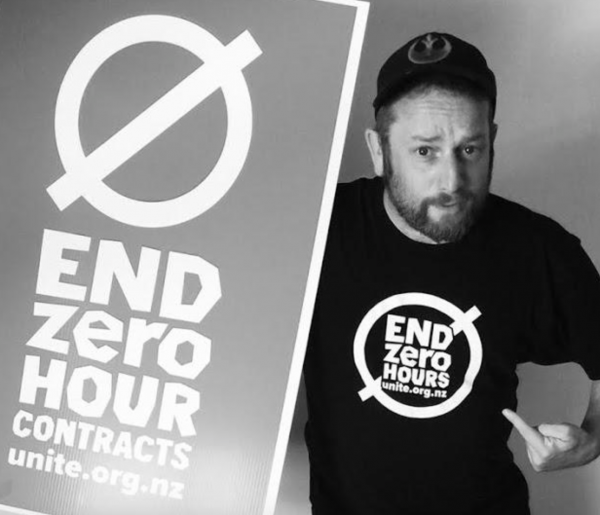 Disclaimer: I can’t actually vote for Joe on Saturday, because I don’t live in the relevant electorate.

But if I did, I’d have pretty much no hesitation in casting my ballot in his direction, rather than for one of the more ‘major’ parties presently showboating for your attention in that there seat.

The reasoning is simple.

I want Labour to run ‘to the left’ of where they were in 2014 – both because I’m sick of quasi-center-right warmed-over neoliberalism masquerading as progressive economic policy … but also because I genuinely believe that moving to the left will help Labour’s prospects later this year in September.

This might seem somewhat counterintuitive. After all, a pretty strong swathe of New Zealanders – and, for that matter, much of Labour’s own support-base – self-identify as being “centrist”. The ‘received wisdom’ thus suggests that in order to win elections, parties must basically push themselves as “National-lite”, and eschew anything which might possibly look like a proper progressive economic agenda.

Except this doesn’t work. Partially because it’s really surprisingly difficult to ‘out-National’ National (not least because National is literally the most popular party the MMP era has ever seen), but also because attempts to hedge in on ‘their’ territory almost inevitably seem to wind up alienating those same crucial ‘swing’ voters in the self-described political ‘center’.

We saw this at the last Election. For some inexplicable reason, Labour’s headline policies were things like raising the retirement age in the name of fiscal sustainability, and slapping on the Capital Gains Tax which Bill English earlier wanted to do. All in some sort of quixotic pursuit of surplus – an enthusiasm so overweaning that the party wound up ditching other policies like its eminently sensible (because it was NZF-inspired) free doctor’s visits for over-65s in order to bring said Surplus forward by a few months.

The Young Nats were cheering! And not just because they had front-row seats to Labour’s electoral collapse. Instead, it was at least partially because they were FINALLY getting to see a major party advance the more extreme elements of their neoliberal agenda.

What was the net effect of all of this?

Worst Labour electoral result in a century, thanks to working class voters deserting the party for the far more overtly left-wing (economically) New Zealand First, and activists and middle-class voters heading away in the direction of the Greens.

So having identified the problem … how do we get them to change course?

Simple. Convince them there’s actual votes in it.

One way by which we can do this is by putting our support behind more left-wing candidates, causes and political parties.

Jacinda Ardern or Julie-Anne Genter winning strong shares of the Mt Albert vote won’t send a message. The electorate’s been regarded as a ‘safe’ Labour seat for something like 70 years (i.e. since its inception in 1946), so Labour doing well there in this by-election doesn’t change a thing. The Greens, meanwhile, came only a little more than two thousand votes behind Labour for Party Vote at the last Election – so as I said, a Greens result of strongness would also be expected – and thus not make much impact upon Labour’s strategic decision-making.

But one thing that WOULD dent their confidence on the ‘centrist’ course, would be if an appreciable percentage of turnout in this week’s by-election were for a demonstrably ‘left of center’ candidate.

The further left, the better.

Now, it’s no secret that in some of his previous incarnations, Joe’s been about as far left as it’s possible to be within our political spectrum before you start building barricades and re-enacting select scenes from Les Miserables. (And, in fact, that’s pretty much where I first met him about a decade ago when we were both vaguely connected to the ill-fated NZ iteration of the Socialist Worker Party)

But many of the core policies he’s running on in Mt Albert aren’t particularly extreme. Instead, they’re “we can see it from here” extensions of directions that parties like NZ First and The Greens – and yes, even Labour – have already begun moving down. More importantly, they’ve got core kernels of a vital political commodity I like to call “Common Sense”.

There is nothing controversial about advocating for a Living Wage; or a substantial State Housing building program. Who could argue against ending the ongoing rort of so-called “Council Controlled Organizations”, opposing the TPPA – or making rents, public transport and tertiary education more affordable. I’m also fairly certain that just about everyone agrees that our present unemployment regime isn’t working, and that far more could be productively done to make use of – and give a leg up to – workers presently out of a job. [As it happens, this was flagship NZF policy announced two years ago]

Indeed, the only thing remarkable about some of these policies (apart from the extent to which Joe’s willing to push both them and the [Overton] envelope) is the way in which some parties still steadfastly refuse to see the light and do something about them.

A strong showing for Carolan in Mt Albert would certainly help to encourage Labour to become more strident about serious solutions to these – and other – issues that might help to connect them with the winnable voters they so desperately need if they are to form Government after the next Election.

So that’s pretty much the ‘strategic’ case for voting for Joe.

But there are also some pretty good, strong and entirely free-standing reasons to consider giving him your support.

If you’ve been following the reprehensible saga of the suffering Indian students whom New Zealand so cruelly wants to deport … well … you might have noted the bearded chap who’s been at pretty much every one of that campaign’s events. Indeed, who’s done a helluvalot of organizing to try and help out these people in need. Because that’s what Joe does. He isn’t some sort of “online armchair revolutionaries” we’ve heard so much about of late. In both his day-job as a committed Union organizer, and his personal and political lives outside of that, he puts his principles into practice and does his best to help others.

You could certainly do far worse than entrusting Joe with your vote if you wanted to take the ‘principled’ rather than merely ‘strategic’ route of reasoning.

Yet in this by-election, given the near-certainty of Labour sleepwalking to victory anyway … there doesn’t have to be a dissonance between “principle” and “pragmatism”. You’re free to both vote how you want, and in a way that will hopefully have a positive effect on the overarching strategy and positioning of the later General Election.

Now obviously, I don’t necessarily agree with everything which Joe’s advocating. But I’ve seen enough of both him and what he’s advocating to know that his candidacy is an ideal place to make a stand on principle.

And perhaps, just maybe, forcibly reinject some actual POLITICS (and, for that matter, proper principle) into this otherwise boring (and arguably technocratic) “by-election” process.