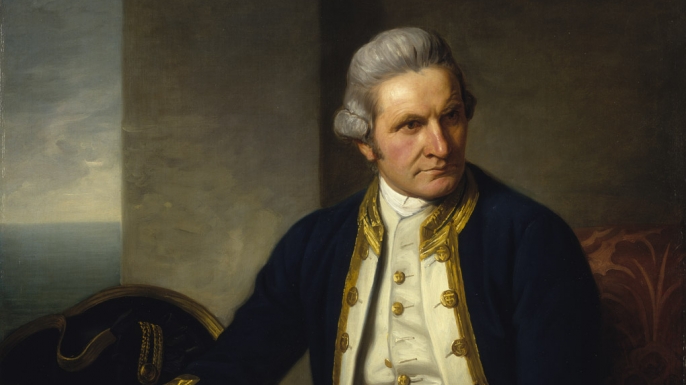 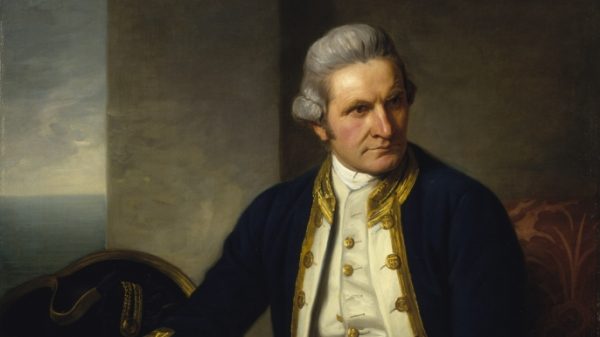 Well there goes another February 14th. Evenings of whimsical sighs, chinking champagne glasses, and adoring compliments across the Pacific as indigenous folks send their thanks out to the Hawaiian cousins that took care of business, and finally put an end to the diseased, kidnapping, murderous, thieving invader called Captain James Cook.

In case your needle just scratched reading that last line – February 14th is indeed the date that Captain Cook met his untimely demise, in Kealakekua Bay, Hawai’i, at the hands of the locals, who, to this day, don’t regret it one bit, and in fact are pretty dang proud of it. They like to remind us cousins here in Aotearoa that it was them who took care of business, and us who failed to halt the man who would travel from island to island, kidnapping people to get what he wanted, killing them if they resisted, stealing whatever he liked, and knowingly spreading devastating STDs. Increasingly, indigenous peoples across the Pacific and further afield are preferring to celebrate his death rather than the consumerist, manipulative, shallow interpretation of love day that is commonly called Valentines Day. Of course within the Pacific we have very immediate reasons for celebrating an indigenous victory over imperialism, but even further afield, indigenous peoples living under colonial rule understand what it is to have an invader be hailed as a hero. In general, we understand how it hurts to remain, under an imposed system that places their reality at the centre and ours at the fringe – determining the flow of privilege. Many of us know how it feels to work overtime, on top of our jobs, to heal ourselves and our families and communities from the impacts of that system – striving for opportunities to hold on to who we are and celebrate it – while our colonial counterparts are generously funded to celebrate who they are.

It’s not uncommon, in the indigenous community, for our colonisers to insist on celebrating their arrival – it validates their presence and helps them to feel more comfortable about historical events that create the privilege they benefit from today. In the USA, Columbus Day is still being clung to in some 30 states, in spite of the fact that it is now well known that he massacred over 250,000 indigenous people, spread devastating diseases, fed natives to dogs and sold native women and children into sex slavery. Did it shape them as a people? Undoubtedly – genocide will do that. Does that make them want to re-enact it or celebrate the man himself? Never.

So when we see the NZ government committing millions of dollars to hire the Endeavour to sail around Aotearoa, re-enacting Cook’s arrival – well, for many of us, it hurts. Not in a shocking way, more of a “here we go again can you please stop bashing us with your colonial privilege” kinda way.

Before anyone starts pulling up the reins in belief that Cook was a hero, a scientific astronomer that wanted to follow the Transit of Venus, had the very best of intentions, held indigenous people in high regard, and held his men in check – following some kind of 18th century prime directive to “only do good” and certainly not engage in sexual relations… consider the following few facts:

For all of these reasons and more, indigenous communities across the Pacific (and certainly here in Aotearoa) are not in a hurry to revere him or his exploits.

Not that you’d know this from those involved in the organising of 2019. Te Hā Sestercentennial Trust – charged with co-ordinating the Cook Commemorations – has bent over backwards to present themselves as the very epitome of “dual heritage” and biculturalism. Yet it’s clear that the idea to hold these commemorations did not originate from Maori, and not one iwi have, to date, officially come out to endorse or support the event.

Te Ha’s position is that the event holds “the potential to redress some of the still poignantly-felt hurt of the past in regions where the indigenous voice has struggled to be heard, and to create a place of integrity from which we could truly honour our dual heritage and create our shared future”. Yet that potential does not seem to extend to acknowledging the historical position of Rongowhakaata – the iwi who were primarily impacted upon by this event, whose men were murdered on the beach, and whose youths were kidnapped. Rongowhakaata who have always refused, as an iwi, to take part in such events. Surely that alone deserves consideration – the iwi who inhabit “ground zero” of the landing views this as a painful, traumatic, and uninvited exercise. Who is anyone to place their interests before them?

Well, Te Ha Sestercentennial Trust, apparently. Trust Chair Richard Brooking maintains that “We remain steadfast in our belief that this anniversary deserves to be commemorated — respect shown to those whose lives were lost, and honesty and maturity shown in openly discussing the consequences, good and bad, of the arrival of the Endeavour.” Evidently that respect doesn’t extend to acknowledging the dissent of the primary victims. Nor does the honesty extend to Te Ha providing a transparent account of iwi/hapu endorsement.

There is something particularly arrogant about forcing people to relive a traumatic event, and telling them it will heal them. Something truly offensive in assuming to provide an opportunity for the indigenous voice all the while ignoring their very clear expressions. We have been telling our truths, politically, artistically, and educationally, for a long time, and labelled haters and wreckers for it – yet now we are told that THIS magnanimous gesture will provoke a conversation. Waitangi Day remains a day that is characterised as brown folks ruining the national pride day – and pakeha entitlement extends to the sacred marae atea of Te Tī. Our most prestigious arts festival Te Matatini receives less than a third of what the Cook Commemorations will receive, a quarter of what the Royal Ballet receives, and less than a tenth of what the Royal Orchestra receives. Yet we are told that this is our opportunity to address inequity. There is also something damned confusing about being told by our treaty partner to “move on” when we want to talk about land theft and the social, physical, spiritual and emotional legacy of colonisation, but then being forced to live in the past not for a day, or a month, but for a year.

We don’t need your event to have this discussion. We’ve been driving it already for a long time, waiting for you to come to the table. We’ve had enough of tokenistic gestures and talk about working together, when such huge socio-economic gaps persist between Maori and Non-Maori. Give US the millions to build our houses, grow our economy, repopulate our tribal lands and continue to tell our truths, in the way that we know how. How about we just take the shortcut, and you show us how much you value us by funding our culture equitably.

In short, get out of our way and let us get about the business of healing. Believe me, we’ve much more practice in it than you.

BIO: Tina Ngata (Ngati Porou) works for indigenous university Te Wananga o Aotearoa as a diploma and degree-level educator in indigenous environmental leadership. She lives in Te Tairawhiti and blogs underneath the name “The Non-Plastic Maori” about issues relating to indigenous rights and environmental issues.