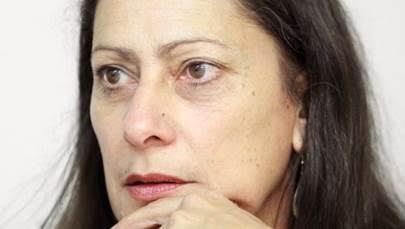 POTO WILLIAMS’ very public criticism of Willie Jackson’s return to Labour has done huge damage to her party’s re-election chances. At a stroke, her ill-disciplined and (presumably) unsanctioned outburst has undermined the positive perceptions created by the joint Labour/Green state-of-the-nation event of 29 January. All of those “good vibrations” (to quote TV3’s Patrick Gower) have been drowned out by the high-pitched screeching of identity politics. Too wrapped up in their quest for a gender-balanced caucus to recognise the strategic importance of Andrew Little’s eleventh-hour recruitment of Jackson, Williams and her supporters have cost Labour tens-of-thousands of urban Maori (and Pakeha!) votes.

Little’s own quest: to reconstitute Labour’s “broad church”; is clearly considered secondary to the Labour Women’s Council’s determination to achieve a gender-balanced caucus in 2017 – as mandated by the Party’s recently revised constitution.

The recent recruitment of Greg O’Connor to contest the critically important Ohariu electorate has ruffled more than a few progressive feathers. (The Left deems the former policeman to be a rock-ribbed social conservative.) With the surprise return of Jackson to Labour (on the promise of a favourable position on the Party List) these already fragile feathers have started flying in all directions.

Predictably, it is Jackson’s on-air grilling of “Amy” during the so-called “Roast Busters” scandal of 2013 that is being used to discredit his candidacy. That Jackson, along with his co-host John Tamihere, were merely giving voice to the doubts and reservations of a great many of their listeners (as talkback hosts are wont to do) has never been accepted by their critics. In the binary world of Identity Politics there is only space for rape-culture Devils and victimised Angels. “Devil’s Advocates” need not apply.

That there were many people living in South and West Auckland (and across New Zealand) who considered “Willie & JT” to also be victims of the Roast Busters scandal does not appear to have crossed the minds of their detractors. That these same people may have interpreted the fate of their talkback champions as proof of how little the Left has to offer voters like themselves either did not occur to the avenging angels of Identity Politics, or, if it did, was considered a price worth paying.

For Identity Politicians the psephological consequences of such moral crusading are matters of supreme unimportance. According to one recent analysis: “The correlation between voting National in 2014 and being male was 0.35, which was significant. This was mirrored on the centre-left: the correlation between voting Labour in 2014 and being female was 0.31.” Never mind. That National is well on the way to becoming the blokes’ party matters much less than ensuring a fifty/fifty split between men and women in Labour’s caucus. The question of whether or not guaranteeing gender parity should be accorded a higher priority than winning the election itself is studiously avoided.

As Labour’s leader, Little does not have the luxury of remaining indifferent to the demographic composition of his party’s voter base. In the simplest terms, his mission is to move voters from National’s column to Labour’s. Or, failing that, to lure out of the Non-Vote a large enough body of voters to nudge the election in Labour’s favour. Attracting votes to Labour is, however, unlikely if the party is perceived as subscribing to ideas and values radically at odds with the ideas and values of the voters to whom it is appealing.

Hence Greg O’Connor and Willie Jackson. For the working-class people who are, overwhelmingly, the principal victims of criminal offending, the idea of having the former boss of the Police Association in Parliament is likely to sound pretty good. To urban Maori, having the head of the Manukau Urban Maori Authority, Willie Jackson, representing them in Parliament may be similarly appealing – especially since so many voters already feel they know him from his afternoon talkback show on Radio Live.

Little’s announcement of O’Connor and Jackson was another important step in his carefully calibrated plan to reposition Labour in the minds of the voters. The intention is to change people’s perceptions of the party. From being seen as the political vehicle for highly-educated, politically-correct professionals living in metropolitan New Zealand, Labour’s election strategists are hoping to reclaim its original identity as the party for ordinary working people and their families.

Yes, O’Connor and Jackson may jar the sensibilities of inner-city Wellington and Grey Lynn, but they may also reassure less well-heeled Labour supporters that they represent something more than dull-witted but reliable voting-fodder. By providing such reassurance, Little hopes to avoid the fate of Hillary Clinton’s Democratic Party, which came to be seen by too many working-class Americans as a machine with only one function. To turn out enough people like themselves to elect candidates not even remotely like themselves to Congress and the White House.

Poto Williams’ reckless intervention has done enormous damage to Little’s plan. Memories of the “Man Ban” and of David Cunliffe’s tragic “I’m sorry I’m a man” comment have been revived. Even worse, socially conservative New Zealanders have been reminded of the remorseless pillorying of two working-class Maori men by a swarm of (mostly) Pakeha liberals.

Poto Williams’ unsanctioned attack on Willie Jackson has conveyed to conservative working-class New Zealanders the following, fatal, message. In neon-lit letters ten metres high she has proclaimed: “Labour’s priorities are not your priorities.”