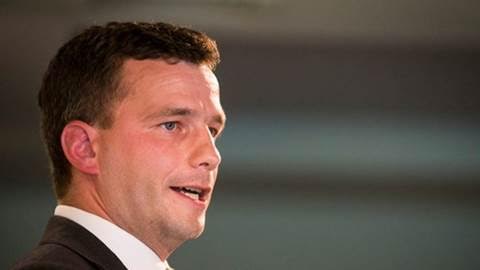 THAT DAVID SEYMOUR’S latest effusion of political bile is being hosted by The Spinoff is entirely fitting. The ACT leader and his hipster enablers cannot wait to get into the political engine-room, and their chosen path to the centre of power is via fomenting an intergenerational war. The headline attached to Seymour’s piece says it all: “NZ Baby Boomers are Building a Banana Republic, and No One Gives a Shit.”

Except that “banana republics” are characterised by obscene extremes of wealth and poverty, authoritarian modes of governance, ruinous levels of corruption, and the irretrievable loss of national sovereignty. In other words, states that have dispensed altogether with democratic politics. That this continues to be Act’s and Seymour’s endgame should surprise no one. But for those who still regard The Spinoff as a platform for serious journalism, its tacit support for Seymour’s plans to incite young citizens to use their votes as weapons against the old may come as a bit of a shock.

Seymour’s latest excuse for fanning the flames of Millennial discontent is the Treasury’s most recent Long-Term Fiscal Outlook (LTFO). And, when the Treasury boffins say “long-term” they’re not kidding. Their latest LTFO purports to describe the fiscal position of the New Zealand government in 2056!

To put their heroic prognostications into some sort of perspective, ask yourself how much luck someone living in 1916 would have had describing the world of 1956. As Peter Drucker quipped: “Trying to predict the future is like trying to drive down a country road at night with no lights while looking out the back window.” Which is why the only way to produce a half-way credible LTFO is to proceed on the assumption that current government policy settings remain unchanged for 40 years. If you’re thinking that this reduces the LTFO to a simple exercise in linear extrapolation, then take a bow. That’s pretty much all it is.

So, what are the fiscal implications of the current policy settings remaining unchanged for 40 years? Well, not surprisingly, they’re pretty dire. As Seymour, hyperbolically, puts it:

“If no policy changes are made, by 2060, when current students reach retirement age, government debt will be 206 per cent of GDP. In other words national debt will equal two years’ income, worse than the current debt of countries world famous for being fiscally screwed such as Zimbabwe (203 per cent) Greece (179 per cent), Italy (133 per cent) and Portugal (121 per cent). No matter how well you prepare for retirement, you’ll be living in a banana republic.”

Unless, of course, we, the voters of New Zealand, taking serious and principled thought for our nation’s future, decide to change the current policy settings.

The most obvious way pay for the dramatic increase in human longevity would be to restore a much larger degree of progressivity to New Zealand’s taxation system. Additional measures to improve our future fiscal position might include re-starting government contributions to the Superannuation Fund and making Kiwisaver compulsory. Getting rid of the commercial imperatives currently driving New Zealand’s universities and research institutes into the ground would also help. Neoliberalism is deadening our national imagination.

That’s why a thorough-going “deliberalisation” of the whole of New Zealand society would be so helpful. Modelled on the “denazification” of post-war Germany, such an exercise would unleash precisely the sort of pent-up social energy and creativity that the LTFO itself identifies as a the best way of avoiding the long-term fiscal difficulties it is projecting.

Not that David Seymour wants a bar of anything even remotely resembling these solutions. He dismisses the option of raising taxes with characteristic venom by presenting it as yet another dastardly imposition by the Baby Boom Generation:

“The first way of absorbing [the projected demographic changes] is to raise taxes by about a quarter, so GST becomes nearly 20 per cent and the top tax rate goes over 40 per cent, along with every other rate being increased by the same proportion. People embarking on their careers now would pay a 25 per cent extra “boomer tax” for being born at the wrong time.”

As if all the young people of today will not themselves grow old and be succeeded by a new generation of New Zealanders. As if the whole experience of human existence is not a constant process of paying forward and paying back.

Utterly dependent when we are born; utterly dependent as we drift inexorably toward death. Isn’t this the universal fate of humanity? As applicable to the richest people in the world as it is to the poorest – and just as inescapable? The true measure of our equality.

And isn’t this the dreadful reality that all the pathologically ambitious are running from: that not all the power in the world, nor all the money, can save them from the grave? And isn’t it the true measure of wisdom that, in the end, we come to recognise that we are defined by what makes our fellow human beings’ similar to ourselves – not by what makes them different?

As President John F. Kennedy told the students of Washington’s American University in his celebrated commencement address of June 1963 – delivered just six months before his assassination in Dallas:

“For in the final analysis, our most basic common link is that we all inhabit this small planet. We all breathe the same air. We all cherish our children’s futures. And we are all mortal.”