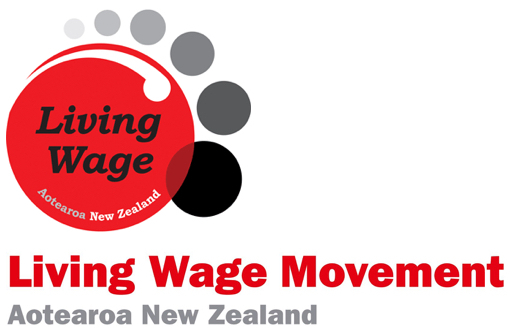 After four years of campaigning, the words “Living Wage” will echo through the chambers of at least six councils across Aotearoa and at least one council is poised to become an accredited Living Wage Employer: Wellington City Council. That advance is a victory for community organising and for the power of the unexpected – the uniting of diverse communities in common purpose: a Living Wage that enables workers and their families to live basic yet decent lives.

When an Auckland mayoral candidate asked the packed People’s Assembly at St Matthews-in-the-City to “put your hands up if you own a house” and only a handful did, the candidates knew that this was not the usual political meeting. This meeting was filled with workers earning less than a Living Wage. When the mayoral office cleaner, Malia Lagi, told that crowd about working 70 hours a week and struggling to hire a musical instrument, which was a life line for her son who had a head injury, there was barely a dry eye in the room.

The focus of the Assembly was on low paid workers and not the candidates.  The candidates were there to listen and commit to what the citizens were demanding, rather than the candidates occupying the meeting with their platforms while the citizens asked polite questions.  So, that was not the usual political meeting either.  Our citizens put their demands up front and secured commitments to a Living Wage – and we now have a council majority.

Three years post the first Living Wage victory in the 2013 Wellington City Council elections, we know the hard work in Auckland has just begun.  It is a good sign that Mayor Phil Goff has already met with the Living Wage Movement and a date is set down before Christmas to begin the conversation about an advisory group that will oversee implementation of a Living Wage for the Auckland Council and its CCOs.

It took a Herculean effort to get the first appointment with the previous mayor, Len Brown, and he never took his promises on the Living Wage seriously.  As mayoral candidate, Phil Goff told the People’s Assembly he liked to under promise and over deliver: we hope so.  Now successfully ensconced as Mayor of Auckland, Phil Goff has reiterated that directly employed workers come first in receiving a minimum of the Living Wage and after that consideration will be given to the contracted staff.  He has costed the promise to deliver for council employees at about $9million – a drop in the bucket of a multi-billion dollar business and probably an over-estimate.

It is our job to ensure the discussion about the contracted workers, like Malia, is not relegated to another election campaign.  Failure to begin the procurement conversation sends a message that these workers are not valued and it is okay to incentivise further contracting out.  Paying directly employed workers, like library assistants, a Living Wage should not result in further privatization to reduce costs.  The campaign for the Living Wage fuses together the destiny of directly employed and contracted workers to ensure solving one problem does not generate another.

An early vote by the new Auckland Council Governing Body, by 14 to 7, to oppose the Government’s offshore oil drilling agenda may also be a good sign for us.  It was described as “historic and decisive” by Steve Abel of Greenpeace, who also said it would be an “insult to democracy” if the Government didn’t pay attention to the vote.  We now expect the same vote of councillors to implement a Living Wage.  After all it is our current free market that wages war on both the environment and people and many have argued that environmental degradation is a side effect of inequality.  If councillors don’t like the argument that they should support the Living Wage to raise council workers out of poverty, they could vote for the Living Wage to reduce inequality as part of a commitment to a more sustainable future for the city and the planet.

Evidence suggests inequality has a negative impact on the environment because, for example, the rich consume more, skew public policy in their favour and often invest their surplus in ways that degrade the environment.  Further, the breakdown of trust and common purpose that accompanies inequality hinders the collective effort required to protect what we share in common, such as the environment.

The Living Wage Movement knows we need strong institutions of civil society if we are to successfully challenge poor decisions, rectify failures of governance, reduce inequality and improve environmental sustainability.  Our Movement has united faith, union and community groups at local government elections and delivered majority support on the Auckland Council for the Living Wage. But far from being a simple majority, the next vote should be 14/7 in favour because, if those councillors that voted against drilling are serious about supporting the environment, they need to address the inequality within their own organisation, cultivate a moral responsibility for the residents of the city over which they govern, and pay a Living Wage to employees and contracted workers.

To do otherwise would be “an insult to democracy.”