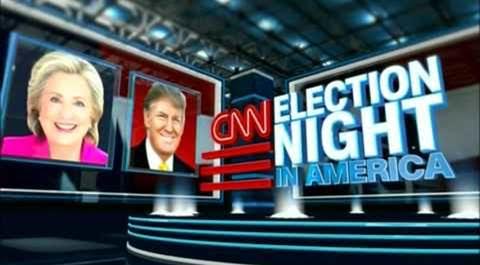 DAMN AND BLAST HILLARY CLINTON! Not just because she lost – exposing in the process the appalling political judgement of the Democratic Party. And not just because her failure has saddled the world with President Trump for at least four years. Those sins, on their own, more than merit political damnation. But there is another sin for which I would like to see Clinton blasted. The sin of exposing the vacuity of contemporary journalism and the powerlessness of the mainstream media. Because, to be perfectly honest, Clinton’s failure is my failure too.

The story has its beginnings in the Watergate Scandal. I was just 18 when Nixon was driven from the White House by what everybody said was the investigative journalism of, among others, Bob Woodward, Carl Bernstein, and The Washington Post. For one brief shining moment journalists were hailed as heroes and journalism was portrayed as a force so powerful that not even the office of the President of the United States could prevail against it.

Forty years on, however, it is clear that Nixon’s fall owed as much to the deliberate and secretive manipulation of the news media as it did to the efforts of the courageous journalists, Woodward and Bernstein. After all, the latter’s’ key informant, the infamous “Deep Throat”, turned out to be no less a buttress of the American “Deep State” than Mark Felt, the Associate Director of the FBI.

In the movie, All the President’s Men, Deep Throat is portrayed as a reluctant but principled whistleblower from the dark heart of the Washington bureaucracy. A more probable explanation, however, is that Felt represented a Deep State faction determined to drive the mentally unstable Nixon out of the Oval Office. In 2016, it is equally probable that a highly-motivated Deep State faction, this time based in the FBI’s New York Field Office, used the news media to prevent Hillary Clinton from re-entering the White House as President.

That the news media can be so easily manipulated by forces it only vaguely perceives and understands is a bitter pill to swallow. But it is far from being the most unpalatable of the home truths which Trump’s election served up.

Since Watergate, the journalistic profession has gradually taken upon itself the role of pontificator-in-chief. Rather than allow the facts to speak for themselves, journalists have felt it necessary to explain to their readers, in great detail, what the facts mean and how they should respond to them. Never was this journalistic pontification and “guidance” more in evidence than in the run-up to the 2016 US Presidential Election. In the eyes of America’s leading journalists, the Republican Party candidate, Donald Trump, represented nothing less than an existential threat to the core values of America. A vote for Trump was, therefore, a vote against the United States.

Did the American people listen? Nope. Nearly half of them were so moved by the journalists’ apocalyptic warnings about the republic that they stayed at home. And in just enough of the “battleground” states, more Americans voted for Trump than against him. The serried ranks of media pontificators notwithstanding, the people made up their own minds.

What the news media was able to do (and, arguably, all it should ever attempt to do) was display both Clinton and Trump to the American electorate. Reports of their speeches, coverage of their rallies, the live broadcast of three independently organised candidates’ debates: the American people read, listened and watched; and, interpreting the information according to their own needs and beliefs, reached their own decisions.

In doing so – and in a way utterly at odds with the instructions imparted to them by the pontificators-in-chief – the American people delivered an important lesson about both the purposes and the limits of journalism.

When the eighteenth century parliamentarian, Edmund Burke, gestured towards the journalists observing the House of Commons from the reporters gallery and described them as “ a fourth estate, more important far than they all”, he was not being complimentary. He was merely recognising in the printing press – and in those who fed it – a power to make visible to multitudes what had hitherto been witnessed by only a tiny minority of the population. It is in making the whole nation witnesses to the actions of their rulers that confers heroism upon journalism.

It is not the business of journalists to tell their readers, listeners and viewers what to think; but to place before them any and every matter that a free people might reasonably be expected to have an interest in thinking about.