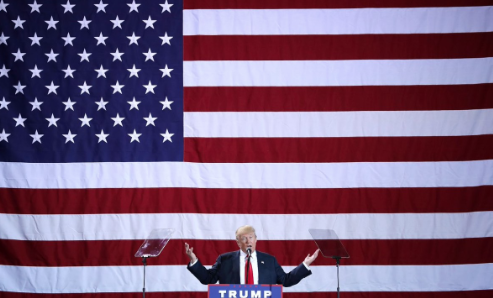 Brexit and now Truxit – everyone has underestimated the deep sexism, anger at elites and fury of lost privilege.

I said Trump won debate 1 and 2. I was heavily criticised.

I believed that Trump had connected to a white rage within America, fed by a perceived loss of privilege and powered by a toxic masculinity as fragile as Trump’s ego was being utterly missed by the mainstream media elites, just as Brexit had been missed.

The horror is that it has happened.

I remember the shock I felt when NZers rushed to the polls to re-elect Key. It never occurred to me that NZers would re-elect Key after the abuse of political power, the dirty politics and mass surveillance lies.

NZers didn’t care about that corruption – they were driven by inflated house prices and a negative egalitarianism that sneers at Nicky Hager and anyone with the temerity of an education..

Trump has done just that in America. Why does Trump’s election not surprise me? Because I remember the bloody 2014 election and the bitter shock that NZers re-elected Key despite his corruption – I promised myself then I’d never again be surprised by voters ignorance and bigotry.

So I’m not surprised now.

A racist, sexual assault bragging billionaire arsehole with no previous public service has pulled off the greatest upset since the Holy Spirit told Joseph that Mary was going to have a virgin birth.

Media elites and social media echo chambers have completely missed what is really happening in America and everyone has underestimated how much American males hate women and have underestimated that those who lose from globalisation refuse to simply die.

Who would have thunk Jay-Z, Beyonce and Lady GAGA sneering smugly at the pain of those globalisation has left behind would blowback so horribly?

Trump’s vengeance now he’s won will be a terrible thing to see – a man fuelled by toxic masculinity as fragile as his ego is not magnanimous. This is a culture war and gender war that the elites ignored and we will all be impacted by this revolution.

If you weren’t going to protest the American Ship visit before – Trump’s win gives you plenty of reasons now. America’s got 99 problems and Donald Trump is 98 of them.

There are 30million uneducated white voters in America who never bother to vote, but being left behind by globalisation  made them incandescent with rage. Bernie Sanders could have won them over with understanding, Trump won them over with hate.

The lesson is very clear – progressives need to win white males over if they want change. Isolate them, and this is what happens.

We are all now dancing madly on the lip of the volcano while juggling chainsaws – Trump is the new black. Now Donald has won the election, we all want him to build that bloody wall to keep America away from the rest of us.

Trump winning is like Joffrey Baratheon returning from the grave in Game of Thrones and killing all the dragons and if you’re angry right now, spare a thought for Obama who’s about to have his legacy trashed by a man who questioned his birth.

The Dow Jones Future market has crashed 800 points. The beginning has ended. The meltdown begins.

We tell our children not to be bullies, not to be racist and not to be sexist. Tonight a man who has breached every standard of civility will win the Presidency of the United States. We are a lesser civilisation today.

EVERYTHING changes with President Trump.