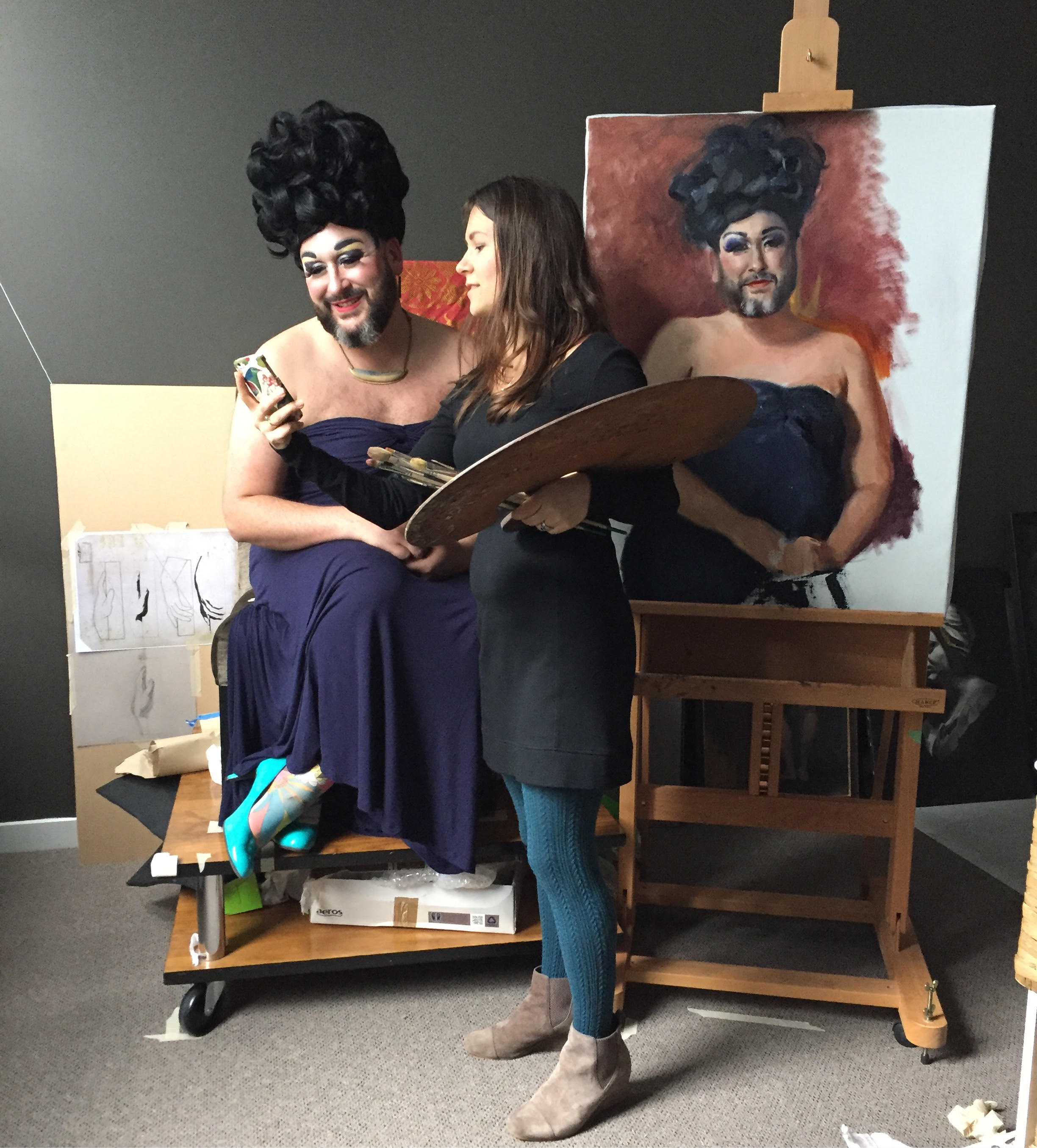 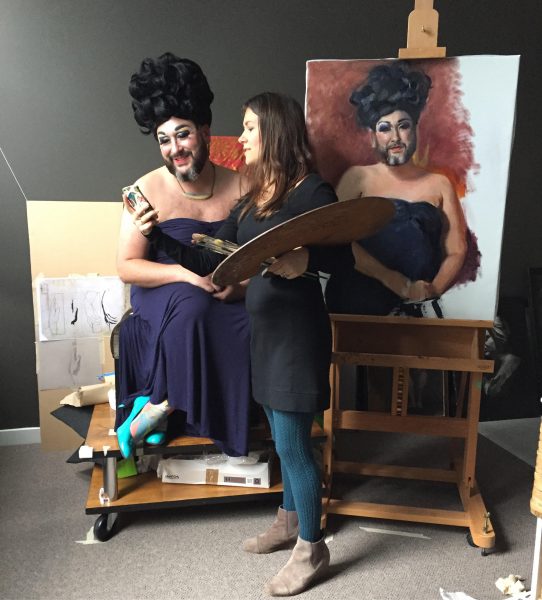 I met Tatyana Kulida at the New Zealand Art Show, where I was interviewing artists for my YouTube series “A Taste of LaQuisha”. Her art was unlike the other art on display. It was from another era. An era, I later discovered, before photography, where a portrait painter would train as long as a doctor. Studying not only light and colour, but detailed human anatomy.

Sometime later I received a message from Tatyana asking if I would sit for her. It will come as no surprise to anyone that my answer was a resounding “yes”.

What does one wear for a portrait sitting? To be rendered for posterity. I selected a floor length, deep purple strapless gown, that shows off my broad masculine shoulders and my hirsute décolletage. A purchase from SOUP Fashion Recovery. Where I visit and ask the ever delightful Marie: “Do you have any big girls clothes?”

My most elaborate wig, recently acquired one hot Californian afternoon from Outfiggers Wigs (est. 1969) on Hollywood Boulevard. This store was suggested to me by former Wellington, now Melbourne based, Drag Queen Polyfilla.

And then to jewelry; Grandma Johnston’s garnet ring, a gift from my mother during a low point in my life. Pounamu drop earrings, a jade ring and around my neck a deer antler carved by Gareth McGhie, incorporating Te Arawa and Tainui motifs and coloured with Pākehā tattoo ink used in the late 19th century. These last three were gifts from a former lover. I used to feel that I would be consumed by grief if I wore them. And then I remembered the sage advice of Zsa Zsa Gabor: always keep the jewelry.

Finally makeup, and I take special care, because I know that I’ll have to do the same “paint job” (as the new generation of Drag Queens call it) again and again during the process of portraiture.

Thus it came to be, one Sunday afternoon, that I tottered into Tatyana’s studio on Willis St and began the first of many sittings. Where it occurred to me that in many ways, Tatyana would be painting a painting. Tatyana and I did discuss the many tricks of Drag Makeup I’ve learned to create the illusion of a more feminine bone structure that is coded for in my DNA.

I’ve now had three sittings with Tatyana . The time passes slowly, and pleasantly, portraiture is the polar opposite of a selfie. We’ve discussed many things, and lucky for this forgetful writer, Tatyana has kept her on notes on her Instagram.

And so I present the list of conversational topics between a European portrait artist trained at the The Florence Academy of Art, and a Pākehā Drag Queen raised in Ngāruawāhia:

Gender identity, stereotypes, growing up, falling in love and make up.

‘Sex and the City’ , eyebrows, intolerance, the state of culture in New Zealand and the meaning of drag.

You can see the progress of the portrait on Tatyana’s Instagram here  and like the portrait itself, the story of this experience will take more that a single post to complete.