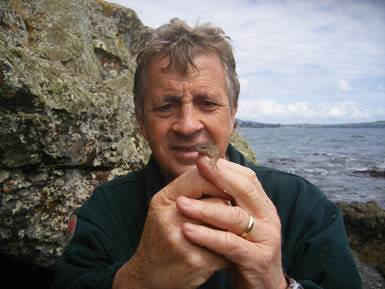 UP UNTIL TUESDAY of last week I’d always thought of The Spinoff and Generation Zero as the good guys. A wee bit hipsterish perhaps, in the case of the former; a little hard to distinguish from the Green Party in the latter – but these were minor quibbles. Overall, both organisations came across as fresh, creative, and definitely on the side of the progressive angels.

On Tuesday morning The Spinoff, in collaboration with Generation Zero, released their list of endorsed candidates for the Auckland Council elections. Following the embedded links, I read, with a mixture of disbelief and outrage, the following sentences:

“At first glance [Mike] Lee seems like a pretty good councillor. He’s in favour of the CRL, [Central Rail Loop] and his bio says he’s a campaigner for good public transport. Dig a little deeper, and you’ll see he’s an ancient Waiheke sea goblin intent on imprisoning Auckland in a 1950s time prison.”

It goes without saying that this assessment is as wrong as it is vicious. Mike Lee’s record of service to the people of Auckland is extraordinary. From the protection of municipal assets (especially the Ports of Auckland) to the creation of regional parks, his contributions to the city are large and tangible. Even the author of the above-quoted outpouring of bile, Hayden Donnell, couldn’t avoid acknowledging Mike as a “campaigner” for “good public transport”. It’s one way of describing the guy who secured the electrification of the Auckland rail network – I can think of better ones.

None of this matters, however. Not in the “post-truth politics” of our times. Virtually none of the young readers of The Spinoff will have the slightest knowledge of Mike Lee’s life-long dedication to progressive politics. They won’t remember his time as Chair of the Auckland Regional Council, nor his contribution to restoring Tiritiri Matangi. They’ll never have read his doctoral thesis on the islands of the Hauraki Gulf, nor his articles in the New Zealand Political Review. All they’ve been given to work with is Hayden Donnell’s gratuitously insulting and outrageously unjustified censure.

That the editorial team at The Spinoff were happy to allow such a journalistic abomination to go out under their name says a great deal – not only about their ethics, but also (and more importantly) about their politics.

Because the flip-side of The Spinoff’s trashing of Mike Lee’s reputation is their endorsement of the “charismatic former media boss renowned for his long lunches”, Bill Ralston. There’s no examination of Ralston’s record (apart from his heroic wielding of the company credit-card) no warning that he has never represented his fellow citizens on any elected body, and certainly no heads-up about his being very, very, very good friends with John Key’s National Government.

No, the only reason Ralston gets The Spinoff’s appropriately coloured blue circle is because he has pledged his allegiance to the Auckland Council’s Unitary Plan. For Generation Zero this is all that matters. The slightest expression of doubt; the merest suggestion that this property developers’ charter, unmitigated by the democratic intervention of councillors like Mike Lee, will disfigure beyond repair one of the world’s most beautiful cities is enough to get you accused of wanting to lock Auckland up in “a 1950s time prison”.

What the whole distasteful incident reveals is that although The Spinoff affects a hipsterish cynicism about all things political, the precise opposite is true.

A real hipster would look at Bill Ralston and see a former mainstream media boss impatient to help out his right-wing mates by moving up to the top table. The same hipster would look at Mike Lee and venture a wry smile that although the left-wing tide has been going out for three long decades this ageing baby-boomer has never lost his faith in a better tomorrow – and has solid achievements to prove it. That sort of hipster would know exactly who to endorse.

But the boys and girls at The Spinoff are not cynical hipsters, they’re true believers. Members of a generation which, knowing nothing else, have absorbed the ideological assumptions of neoliberalism without conspicuous protest. Now they want their reward. They’re hungry for economic and political power and bitterly resentful that it has not yet been given to them in anything like the quantities they deserve. What Lightbox and The Spinoff’s other sponsors have given them, however, is cultural power – and they are deploying it with ruthless strategic skill.

On the “About” page of Generation Zero’s website, the group describes its mission as: “providing solutions for New Zealand to cut carbon pollution through smarter transport, liveable cities & independence from fossil fuels”. It’s failure to endorse a candidate with Mike Lee’s record of protecting the environment, promoting public transport, and standing up for an Auckland built to a human scale, makes a mockery of the organisation’s stated aims and objectives.

Mayoral candidate, Penny Bright, said it best when she described Generation Zero as “the youth wing of the Property Council”. That the not-so-hipsters at The Spinoff have provided these fake defenders of the planet with such a powerful amplifier is something genuine progressives should bear in mind as they fill out their voting papers.