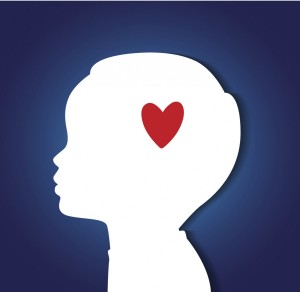 As the various lawyers and other legal types have jostled over the preliminaries ahead of the inquest into our son’s death while in the care of Waikato DHB 18 months ago, I’ve reflected on what a lucrative business mental health can be – for some.

We’re months away from any Coroner’s hearing, but already we are seeing the lawyers for the DHB, the Police, the Coroner, and the medical professional staff sucking heavily on the public teat as they fire submission after submission into the Coroner’s office seeking to limit the scope of the enquiry.

At the same time, our family is reduced to negotiating with our lawyer over how much preparation work my partner and I will do (and have already done), to reduce her already discounted bill.

It surprises many who have not gone through the sort of fight that we are in the middle of, that 100% of the fees of the very highly paid lawyers (including a QC) that the Government agencies responsible for Nicky’s death and the lack of a search for him – the DHB and Police – are funded by you the taxpayer, while we do not get one cent of support from anyone but ourselves, and a few small voluntary private donations kindly given to us.

Our son was in the legal care of the DHB when he died – a compulsory in-patient care order signed by a DHB Psychiatrist with no input from either Nicky or ourselves – so naively we thought, when we were told there would be a Coroner’s hearing, that the DHB would meet the costs of that.

Foolish us – when we asked the DHB for legal support for the Coroners’ hearing, we were turned down flat, with instructions from the top brass of the Government’s Ministry of Health to the DHB to give us nothing, for fear of ‘creating a precedent.’ When we complained to the Government, we didn’t even get a response.

As well as the cops and DHB, the Psychiatrist responsible to Nicky’s treatment, and other staff involved, have been offered lawyers at no cost by the DHB, and the Coroner himself has contracted a senior lawyer – to ‘assist’ him.

Nicky has no lawyer – he’s dead, and the nominal lawyer he did have scarpered within days of his death. Lawyers employed by the Government as ‘independent’ watchdogs of the mental health facilities ran a mile from previously agreed meetings with our family when they realised the seriousness of the allegations against the health authorities.

The family engaged a lawyer and, to minimise costs, agreed to do a lot of the preparation work ourselves, including some communications with the Coroner – to the extent he got uptight with hearing directly from the great unwashed, and issued a statement stating that only lawyers were to contact him about the case.

Our conservative estimate is that the forces of the state will spend at least $150,000 on legal fees to do with the Coroner’s hearing – we will scrape together $20-$30k to represent our dead son and the family, not a cent from the public purse.

Grossly unfair? Yes. A surprise? No. It does, after all, require some legal expertise to cover the number of backsides that have been exposed in Nicky’s case.

And don’t think this is an isolated incidence – during the last year, we have heard from dozens of other families that have experienced similar grossly unequal treatment during Coroners’ and other official processes. Clearly just more examples of how bureaucracies work hard to hide their failures from people and communities they affect.