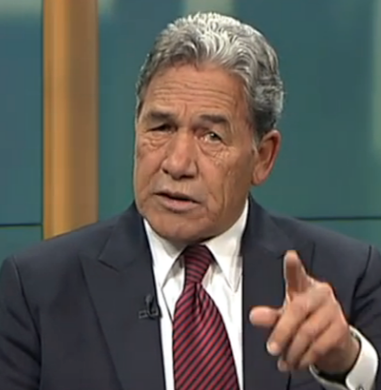 Earlier this year, New Zealand First laid down our first Bottom Line demand for the 2017 electoral season: 1800+ extra front-line police to seriously get on top of spiraling crime-rates. We also pushed various other law-and-order related initiatives in connection with the ongoing situation of shopkeeper standovers and robberies occurring in South and West Auckland.

It should come as no surprise that good ideas such as these are frequently met with imitation – and even less surprise that the National Party is, as per usual, late to the party when it comes to dealing with these issues.

Yesterday’s announcement that the NZ Police will start taking burglaries more seriously is a good start; but short of directing them to do something radical like broadly ceasing the enforcement of cannabis laws or something, it is difficult to see how our already overstretched police force will have sufficient manpower to attend to each and every one of the dozens of burglaries which reportedly occur in New Zealand every day.

That is why New Zealand First’s proposal to increase police numbers in line with the twin growths in both population and crime-rate makes so much sense – and why forcing the Government to ‘put its money where its mouth is’ when it comes to funding increases in service delivery is so important. Because it’s very easy for the Minister of Police to merely issue a press-release stating that our boys in blue will be paying more attention to a particular category of crime. A statement to the media, after all, costs nothing except the time of a PR-officer. But it takes far more commitment, energy and effort to ensure that such a promise to the electorate – as National has made on burglaries – is actually delivered upon come Budget-time.

I have no doubt that the average policeman out there wants to do his or her best to attempt to keep our communities safe. I do not necessarily blame them for the present woeful stats on burglary resolution or any of the rest of it. As Winston has pointed out – they are but a blue-line being stretched ever-thinner by under-funding and per-capita proportionate reductions in manpower.

But considering the present Minister of Police also presided over a previous scandal in which police in her own electorate were found to be scurrilously misrepresenting and massaging data in order to make their National Party bosses look good … it does not take a political Copernicus to be able to observe and adduce that the Government’s previous habitual response to rising crime figures and a deterioration in community safety over the previous eight years has largely been to spin, lie and distort rather than actually seriously and sensibly address the issue.

John Key informing media that there will be an increase in police numbers at some point presumably prior to the next Election is thus something of a volte-face.

Attempting to work out what’s behind the sudden (and welcome) change in attitude, therefore, leads us inexorably to two likely motivators:

First, there’s an Election next year. Crime is a hot-button issue – and, unlike with Housing, one which even National’s well-off core constituents definitely feel concerned about. It thus makes a certain sort of sense for the Government to start attempting to address the issue now, while signalling future substantive improvements in the number of police which they can unveil for added media attention closer to the Election.

But second, and arguably more importantly, New Zealand First has already started staking out seriously strong territory on Law And Order. National knows this. National are scared. They are therefore seeking to ‘head us off at the pass’, and take the wind out of our sails on this issue by attempting to ‘claim’ it for themselves.

That’s why I have penned this piece. In order to highlight what I feel to be a reasonably clear chain of causation between Winston announcing a policy bottom-line earlier this month, and National stating they’re going to do broadly the same thing less than three weeks later.

In any case, when it comes to the choice between New Zealand First and National over whom you trust with law and order and policing issues … it’s not too terribly hard to make a selection between a Party which delivered you 1000 extra front-line police plus three hundred support staff the last time we were in power – versus a government which has basically spent eight years pretending the problem doesn’t exist, except when they’re scared of a rival.

Accept no imitations. The only time National’s generally serious about bolstering the number of ‘boys in blue’ is when they’re out electioneering to increase their Caucus.