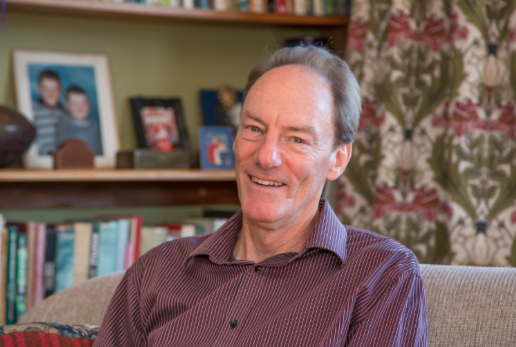 The rude and frivolous online comments that followed the Stuff’s article on John Minto’s mayoral candidacy do not surprise me.

There are some people who regard Minto as a shouting lunatic, but how many of them have actually met him or even know what he does for living?

I first met Minto in a pro-Palestinian meeting in Christchurch just over a year and a half ago.

I had read much about Minto’s activism and his important place in New Zealand’s political history.

When we met, the over-excited Iranian in me started showering him in well-deserved praises that appeared to land on him like sharp needles.

How could a man who became the face of New Zealand’s anti-apartheid movement be so shy and reserved?

The answer is that, it is not Minto’s search for the limelight that propels him to take a lead, it is the power of his convictions that drives him to act.

Anyone who knows Minto will tell you that he is mild-mannered and gentle.

The beautiful garden that his wife Bronwen, a constant knitter, keeps in their lovely house in Waltham is a good reflection of the couple’s joyful personalities.

I am pleased to see Minto running for Christchurch mayoralty.

The next three years will be crucial in determining the future direction of the city.

Will the city become a corporate moneymaking playground for the rich, or a thriving city that nurtures its communities and harnesses the creative energy and innovation of its residents?

There are many important debates that the city needs to have.

For the post-capitalist era to eventuate and flourish, cities need to take a lead in shaping governmental policies.

In the U.S, in 2014, a number of cities, including San Francisco, Seattle and Los Angeles, approved a policy of gradual raise in minimum wages.

I salute Minto for his bold policies.  Living wage, by definition, is a fair wage and it is right that Christchurch City Council should lead in this area by example.

Minto’s other policies such as an immediate halt to asset sales, free public transport, extra council houses and swimmable rivers are also commendable.

Christchurch is home to amazing grassroots communities who respect the environment and are passionate about the health and wellbeing of the people they represent.

These communities are hurting because they feel largely ignored and left behind by the rebuild process.

And the Government’s blatant disregard for the legitimate expectation of Cantabrians to return Environment Canterbury to full democracy is adding insult to injury.

A people’s mayor will strengthen the city’s communities and look at alternative solutions to support a post-capitalist shift in the city’s economy.

British writer and broadcaster, Paul Mason, in an article for the Guardian writes: ” whole swaths of economic life are beginning to move to a different rhythm. Parallel currencies, time banks, cooperatives and self-managed spaces have proliferated, barely noticed by the economics profession, and often as a direct result of the shattering of the old structures in the post-2008 crisis”.

A lot of what Paul Mason is talking about is already happening under the surface in Christchurch.  We need to abandon the failed methods of the past (think asset sales) and move towards embracing a post-capitalist era by being bold and unafraid.

Now is the time for Christchurch to elect a leader with courage and convictions to stand up for the people, an intelligent and energetic person with an unwavering belief in justice and democracy.

There is a maths and physics teacher in Hornby High School who just fits the bill. His name is John Minto and he has my vote.