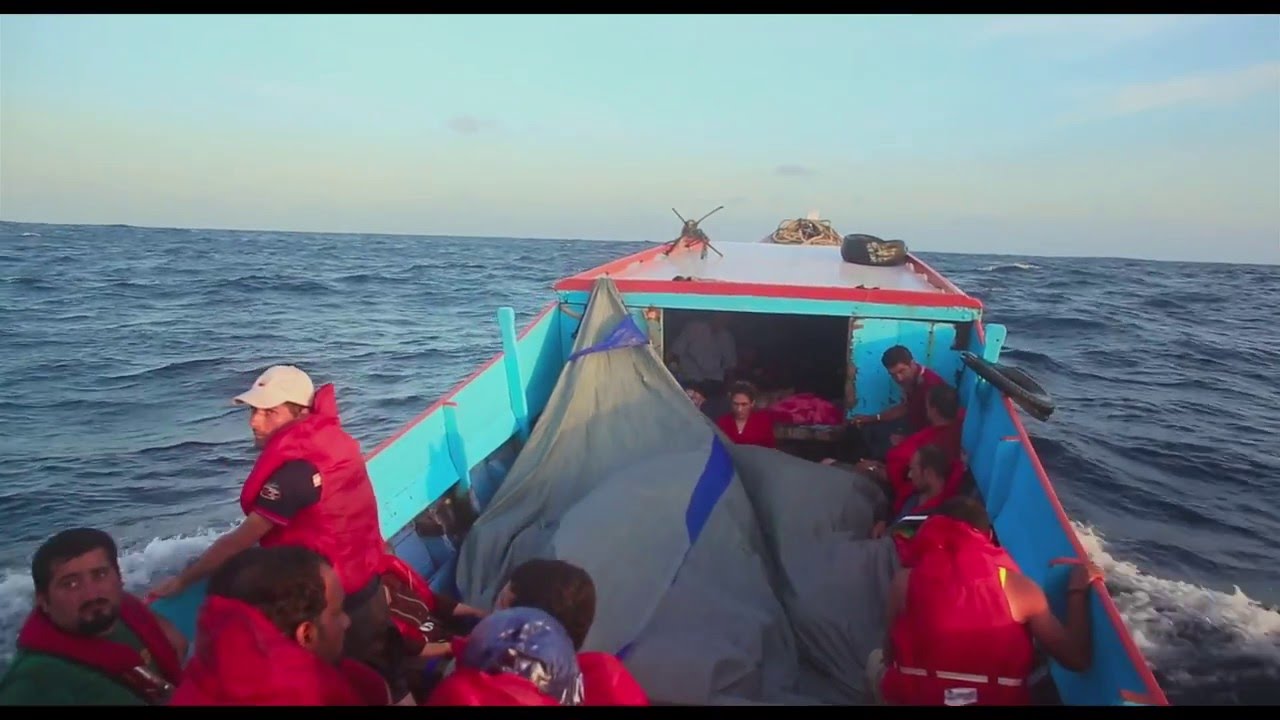 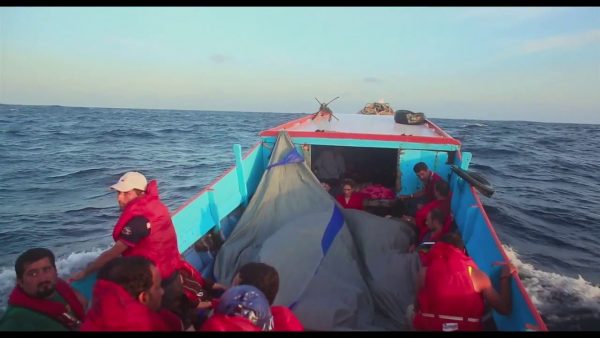 This review is full of spoilers because I want to talk about the issues frankly, so if you’re concerned about this, read it after you see the film!

Director Eva Orner gave an enlightening Q&A after the New Zealand premier of Chasing Asylum in Auckland on July 16th. She will also be at Monday’s session at Skycity (last chance to see it in Auckland, but it’ll be screening in other cities).

After media coverage of rioting at the Christmas Island detention centre late last year, the New Zealand public were made somewhat aware of the appalling treatment of people seeking asylum in Australia. Due to limitations on what they could cover in 96 minutes, the filmmakers chose to focus on the detention centres at Nauru and Manus Islands, because Christmas Island is “one of the more humane ones”. Nauru and Manus Islands are on a par with Guantanamo.

I was prepared for a gut-wrenching ride, but my overwhelming reaction to this film was anger – no, rage – at the disgustingly self-serving, punitive rhetoric of the Australian government and the xenophobia that’s nurtured by its deceitful policies.

Although none of the last five prime ministers of Australia agreed to be interviewed for the film, it contains ample footage of their jingoistic speeches proclaiming the need to stop the “people-smuggling”. Abott’s government spent over $1.2 billion in one year on these detention centres. That’s around $500,000 per detainee. They say it’s the only way to stop the boats and discourage future asylum seekers from trying it on. That is also their justification, when pressed, for the inhumane conditions.

The refugee convention signed by Australia includes, among other things, the right not to be arbitrarily detained. This is one of many articles of the convention the Australian government is blatantly violating.

On Nauru the detainees live in tents. On Manus they sleep in a sweltering tin shed with a concrete floor, crammed full of bunk beds. There’s not enough drinking water, what there is is dirty, there’s often nowhere to shit, so it litters the ground. One of the most common health problems, after psychological ones, is foot infections. A young Irani detainee died from septicaemia. People, already traumatised, arrive on the islands to have their trauma magnified. They’re not even told where they are or why they’re there. Self-harming and suicide attempts are very common. Boredom and hopelessness are the biggest culprits. We are talking indefinite detention, with no end in sight and no idea what will happen to them when they do leave.

The film features brave testimonies of two inexperienced Salvation Army volunteers, who had no clue what they were getting themselves into, as well as an employee of G4S who oversaw the detention centre on Manus and resigned to turn whistle blower, despite death threats if he opened his mouth. Many of the other interviews are filmed from the mouth down, or focus on the anxious hand movements of the interviewees, so that their identities are protected from the Australian government’s vicious treatment of journalists and others who speak out. Whistle blowers face two years in prison.

Torture, including beating detainees unconscious, rape and cigarette burning are documented. This happens at the hands of guards and local police. The dozens of reports of sexual assault have gone unpunished. Children suffer severe trauma caused by the complete lack of a normal life and their parents’ inability to look after them due to their own trauma. They forget how to play and call each other by their boat ID numbers. One volunteer worker described a small girl’s screams of hysteria at being given a single soft toy after a year on the island with nothing to play with.

All the footage of the detention centres themselves had to be shot in secret, as there is a complete ban on recording of any kind. Orner calls Nauru “Alcatraz”, as it’s almost impossible to get on or off the island. It has the most expensive visa applications in the world – at $9000 the majority are rejected without a refund.

Australia paid Cambodia a total of $55 million for an agreement to resettle asylum seekers from these detention centres. At the time the film was made, a total of five asylum seekers had accepted the offer. Australia is willing to wear this huge expense, as long as it gets to keep its racist policies in place.

New Zealand is just as quick to pucker up to the USA when it decides to bomb these people’s countries and create the conditions that force them into flight. Britain and ANZUS are largely responsible for the refugee crisis. As Orner put it, “we make messes all around the world.” Nor do we take anything like the number of refugees we could manage, recently increased in New Zealand to a paltry 1000 per year. Given that there are currently over 60 million people displaced by conflict and persecution, this is embarrassing. Germany took a million refugees last year, the majority of them Syrian. Tiny, impoverished Lebanon has taken in similar numbers.

The argument that we have poverty here and we need to look after our own first is always trotted out by the very people who have been unwilling to spend a cent on our own hungry children. There is plenty to go around. Orner is of the opinion that Australia “could take 50,000 and you in New Zealand could easily take 5 to 10,000 a year.”

An interview with former Australian prime minister Malcolm Fraser, who died last year, reflects on his government taking 70,000 Vietnamese refugees in 1976, and the positive impact this had on Australian society. His contemporary namesake and cronies have the opposite attitude. None of the current reasoning for the heinous detention centres, or indeed for the need to deter people from seeking asylum, is actually logical. It’s driven purely by xenophobia.

“I wanted to make a film that would shame Australia,” Orner told The Guardian in an interview. The film sought no government funding, as this may have resulted in censorship. The director said that because of the whistle blower law, at first she was wary of being indicted, but in the end that would just give the film more publicity and “they [the Australian government] are stupid, but not that stupid”.

Director of the festival, Bill Gosden, introduced the film saying that “everyone of voting age, everywhere in the world, needs to see this film.”