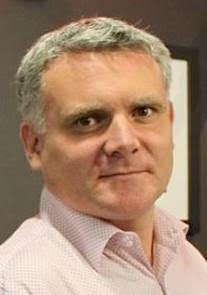 On Monday 11 July, right-wing commentator Matthew Hooton was making his regular appearance on Radio NZ’s Nine To Noon Political Panel programme. The host was Kathryn Ryan, the commentator from the Left was Stephen Mills.

During the debate on Labour’s recently-released housing policy, Matthew Hooton made this startling revelation;

Kathryn Ryan: “And where is National at, in that poll?”

Using a search engine I could find no reference to any poll carried out in June having been released.

Through Twitter, I asked if Matthew could clarify his comment regarding such a UMR poll. He promptly replied, confirming his statements on Radio NZ;

When I asked for a source, Matthew replied;

I have no way of confirming the validity of Matthew’s assertion of the existence of a secret poll by UMR. He could be mischief-making, for which he occasionally has some inclination.

In the Roy Morgan poll above, 5.5% were Undecideds.

According to Hooton’s “secret poll”, a combined Labour-Green rating of 44%  has over-taken National on 42%.

If the so-called “secret poll” is legitimate, then that explains the recent flurry of panicked activity from National to counter Labour’s recently released housing policy.

The next few polls will be  Crunch Time for National and if they bear out Roy Morgan and the “secret UMR Poll” – then we are indeed witnessing the decaying administration of John Key’s third term government.

The rich irony of such a crisis for an incumbent government is that attempting to avert the down-ward spiral becomes a hopeless exercise. The more policies they “throw” at a problem, the greater the public’s perception that they are panicking.

“Policy-making on the hoof” reached new levels of comic-absurdity when the “Fixit Minister”, Steven Joyce, announced by Twitter that Housing NZ would forego dividend-payments to the National government for the next two years;

Our esteemed Dear Leader may be about to discover the same fate.

Roy Morgan Poll: National and Labour down in June but New Zealand First still holds the balance of power if Election was held now