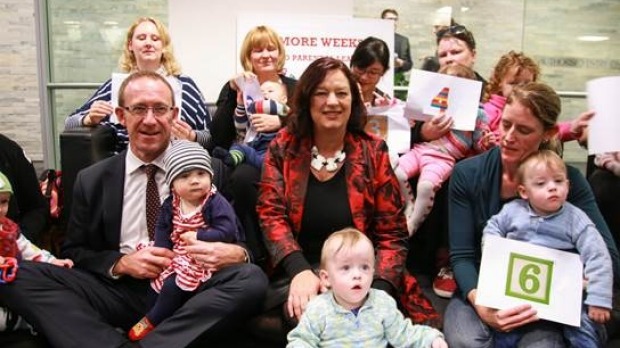 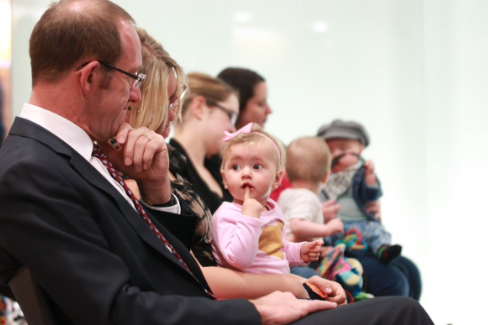 This week Labour’s bid to get an extension to Paid Parental Leave (PPL) is likely to be stopped in its tracks by a veto from Bill English.  For all the wrong reasons.

The debate has been side-tracked by the government into an affordability issue, and by the Opposition into a motherhood and apple pie issue, making any questioning look churlish.

But what is paid parental leave? Is it really a payment that is needed to allow all babies to bond with their mothers and be breastfed for the best start in life as the rhetoric suggests?

That is the way it is sold. For example Dunne said in this week’s debate that six months was the “minimum” amount of time parents should have at home with their children and it was “important parents have the opportunity and choice to spend time with their newborns”.  Of course. Who could disagree?

But until 2016, only under half of all newborns got paid parental leave because of the stringent and unsuitable rules around the kind of paid work experience prior to the birth that’s needed. Recent changes have liberalised the rules so more qualify. This just means that the boundary has been shifted and the stakes are very high for those who just miss out.

Those who hit the lucky jackpot of full PPL currently get a massive $8326 net extra, paid for by the state. Under Labour’s extension this would rise to just over $12,000 net, regardless of a partner’s income.

To qualify for PPL, at least ten hours of work per week on average for each of 26 weeks out of 52 prior to the birth is required.   This means that not all mothers get the full PPL. Once the hours of work requirement is met, Paid Parental Leave replaces gross income up to $516.85 a week with a minimum of $147.50.

What this means is that a high income earner needs fewer hours to qualify for the maximum. This makes a mockery of a fixed 10 hours of work requirement and suggests that PPL is a fundamentally a compensation for lost income. It elevates the contribution to the paid workforce above all other considerations. Ironically, however, it is not an employer payment and does not oblige the mother to go back to work and despite being state paid, it is not income tested. Obviously PPL is not a state payment to support all newborns get the best start in life.

There are huge and growing gaps in how newborns are treated in NZ. About 15,000 or 25% of mothers of newborns who do not get any PPL may get the Parental Tax Credit of just $2200 under Working for Families tax credits. This is income-tested and denied to any family on a benefit or student allowance.

Getting PPL can also qualify a mother for the In Work Tax Credit of another $72.50 a week even though she is not in paid work and may have no intention of going back. She can’t have the IWTC if she has a partner on a student allowance.  If she doesn’t get PPL she can’t have the Parental Tax Credit either. The needs of the precious newborn are lost by the application of this  stupid set of rules.

That leaves around 15,000 mothers who qualify for nothing extra at all.  Theirs are often the most needy of all babies.

To continue down the path of expansion of PPL perpetuates the growing inequality between mothers who have been in substantial paid work and those who receive income-tested benefits, child support, or who have been working at home to raise their families supported by a partner’s income or have been involved in unpaid work.  It is likely to create perverse incentives for a mother to leave her first child at daycare at a very young age and go back to work for sufficient time to qualify for full PPL for the next child.  The costs of not doing so are getting too high.

If Labour got its bill through and then failed to win the next election, the high cost of PPL would be used as an argument for National to ignore the huge gaps that are created.

In fact what is needed is a complete overhaul of the mishmash of support for new babies. More money needs to be spent but it needs to be spent more equitably and inclusively based on the needs of the baby rather than simply extending the existing PPL to 26 weeks.