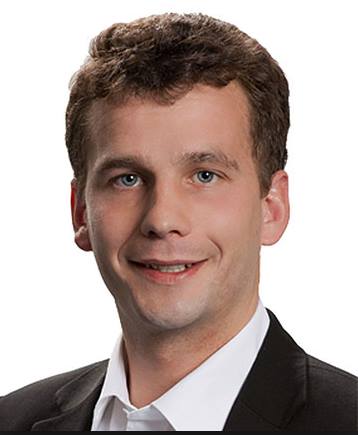 At his Party Convention yesterday – newly rehoused from the phone-box customarily used in previous years – David Seymour took aim at the Greens.

There’s nothing especially new about this … except for the angle of the attack.

For you see, in Seymour’s world, being part of a Yellow party that’s frequently overlain by Blue, makes one apparently a rather deep shade of green. That was certainly how I felt reading some of his speech.

The substance of Seymour’s claim to be “more Green than the Green Party” appears to be based around the fact he spent $550 less in air-fares than the average Green MP in the last quarter of 2015.

That’s um … not a lot of air-travel, to be frank. Particularly if the fares in question are business-class.

There’s also a reasonably obvious reason why a Green MP might rack up more in air-fares than the Member for Epsom.

Epsom, with its twenty square kilometer geographic footprint, is New Zealand’s smallest electorate. You can quite literally walk from one side of it to the other in under two hours. To get back in at the next Election, all David Seymour has to do is continue to keep a majority of the fifty thousand or so voters in his own back yard happy. There may be some air-travel involved in his portfolio responsibilities, or as part of flagging efforts at attempting to get ACT electorate branches in other centers off the ground … but fundamentally, his constituency is strongly geographically concentrated. And that means that his connection and outreach efforts – as well as his speeches and thinking – are pedestrian.

The Greens, by contrast, are quite different. They don’t really “do” electorate-outreach in the traditional sense. In fact, I’m given to understand that the way they ran things during their last Party term, was by pouring their Parliamentary Services resourcing into ‘campaign offices’ rather than the shadow-electorate outreach more common for Opposition parties. Even to the point of reportedly suggesting that people with local issues approach local MPs from other parties instead for help.

Instead, they have a nation-wide constituency covering an area more than ten thousand times larger.

It ought not take more than a moment’s consideration to realize why Green MPs might use at least slightly more air travel than ACT’s lone gunman.

They have to. It’s just simply part and parcel of how they run as a party with a country-spanning support-base that they must connect with. (Interestingly, my own New Zealand First MPs averaged just a hair under $6,000 apiece over the same period. I’d be tempted to put that down to the fact they all seem to drive everywhere – covering occasionally quite incredible distances in so doing)

So by that rubric alone, it’s fairly difficult to countenance – let alone take seriously – ACT’s claim to being more green than the Green Party.

But it gets worse. (A common refrain with ACT, to be sure)

Other elements in Seymour’s quixotic drive to be seen as “environmentally friendly” include the complete privatization of LandCorp, and using the funds thus raised to dole out grants to private operators to run wildlife charities.

The alleged logic here was that it made sense for the Crown to get rid of an “asset that is environmentally damaging“. But this doesn’t make sense. Privatizing LandCorp’s farm holdings doesn’t suddenly and magically make them no longer farms. Instead, it puts these farms in private (and most likely foreign) hands. Who’s to say that intensification – leading to a consequent increase in pollution – is less likely to take place under private rather than state ownership.

All in all, I fail utterly to see how selling off and parceling off NZ’s state-owned farm assets is supposed to represent the more environmentally friendly option. Indeed, the likely outcome will be exactly the opposite.

Further, when it comes to the proposed usages for the funds raised … what ACT’s proposing is quite literally corporate welfare on an epically massive scale.

Their idea is to take a revenue-generating asset, sell it, then hand the proceeds on to private operators in order to fund what will assumedly be ring-fenced privately owned and jealously guarded if not outright for-profit wildlife sanctuaries.

Because when have commercial conservation efforts ever gone awry…

It’s also rather telling that ACT is branding this explicitly as the ‘charter school’ model coming to the conservation estate.

Of course, what it tells us, exactly, is that ACT has very little ability to learn from previous mistakes, and that the whole thing is likely to be an utter shambles – with the taxpayer forced to pick up the ultimate bill.

About the only nice thing I can say about this is that it quite clearly and eloquently illustrates the core component of neoliberal economic thought: that it’s not about creating new wealth so much as it is taking public wealth and handing it directly over to their mates in the private sector.

If ACT were genuinely interested in embracing the principles of conservation and environmental stewardship, this would be something to be welcomed with open arms.

Unfortunately, that is not what they’re doing here. For them, a veneer of environmentalism is merely a cover for vigorously renewed petty point-scoring and internecine party partisan politics. Meanwhile, the closest they get to an interest in conservation is their desperate quest to protect that most endangered of species – the unreconstructed hard-neoliberal voter.

This weekend’s political barbs and policy announcements have resolutely revealed that the only thing “Green” about the ACT Party is the state of envy Seymour evidently has for the real Greens’ ability to convert their own – authentic – environmental principles into a genuine future existence as a party with a thriving nation-wide constituency.