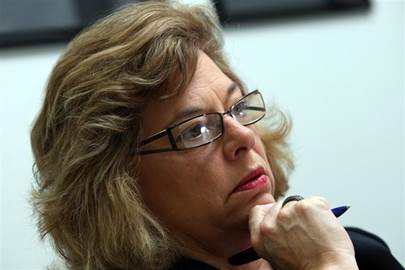 If you choked on your muesli at the news Paula Rebstock has been made a Dame in the government’s New Year’s Honours list then join the club.

Rebstock’s award is confirmation of the highly political nature of our national honours system. Rebstock is the Maggie Thatcher of our public life – brought in to slash and burn public services and prepare the ground for privatisation. Currently Rebstock is paid $2000 a day (yes – $2000 a day) to chair an overhaul of our Child, Youth and Family service. She has already released a report attacking failings at CYFS to prepare the ground for private sector contracts to run its services.

It’s true CYFS has struggled to meet the needs of our most vulnerable children and their families but what else should we expect when they are understaffed, underfunded and government policies create extra tens of thousands of vulnerable children every year? There is a familiar pattern here: underfund, point out failures, create a crisis of confidence, privatise.

In giving an award to Rebstock John Key is giving the finger to us all.

A look through the main awards shows a vastly disproportionate list of addresses from Remuera and Parnell and other well-to-do suburbs. National is hard at work rewarding its biggest supporters.

Many citations cite “philanthropy” as a reason for an award. For example one recipient (Joyce Simpson) is cited as making donations in excess of $10,000 to an elite private school in Christchurch (St Andrews) as a sign she deserves the award of Companion of the New Zealand Order of Merit.

Similarly Peter Masfen received his award in part because “He has made significant donations to many charities and sporting bodies, including the foundation gift to the current Auckland Cathedral Completion Project.”

Down the road from us lives a pensioner who every week give $20 to the City Mission to help feed desperate families. She spends a much higher proportion of her income on charitable donations than any of the wealthy “philanthropists” who parade the giving of money they didn’t earn and receive honours, in part at least, because of their generosity.

These donors to charities are rewarded while those who fight for every family to be lifted out of poverty – because having families live in poverty is a political decision – are derided.

When people like Child Poverty Action Campaigner Susan St John are awarded our highest honours while wealthy socialites are ignored will be a day to celebrate.

The other major problem is the awarding of Knighthoods and Dames.

It’s supremely ironic that John Key is spending $26 million to change the New Zealand flag because it represents our colonial ties to Mother England but his government reinstated Knights and Dames which have as much colonial cringe as the union jack.