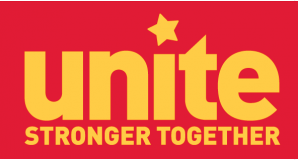 Unite union condemns the exclusion of ‘just transition’ measures in the
Draft Paris Outcome and stands with world’s most vulnerable and against the
corrupted COP process.
Unite union climate justice spokesperson Gary Cranston joined a sit-in of
disaffected civil society representatives at COP21 in Paris today following the
release of the draft negotiation document.
“In the last few days of the negotiations, unions and climate impacted allies have
been working hard to ensure Governments agree to include wording in the
climate agreement that will support a just transition away from fossil fuels that
will protect those most vulnerable” said Unite Union’s representative in Paris,
Gary Cranston.
“A just transition means moving to a low-carbon and climate-resilient economy
that maximises the benefits of climate action while minimising hardships for
workers and their communities”.
But today Government’s confirmed their intention to remove any meaningful
inclusion of a just transition from the negotiation text.
First governments promised us a genocidal 2.7 to 3.9 degrees Centigrade rise in
global temperatures as a result of their woeful pre-negotiations commitments.
Now they are avoiding including wording in the text that could make them take
responsibility for the suffering that this will lead to.
Unite Union adopted a position on climate justice at its annual conference last
week in Auckland. Many Unite members participated in the national protests for
climate justice on the 28th of November.
“These people are Unite union members. Pacific Island peoples facing cultural
genocide from rising sea levels, Filipino migrant workers whose homes and
homelands are being smashed by hurricanes, workers experiencing gender
related discrimination and persons with disabilities.” said Gary Cranston.
“Many of our members are the world’s least responsible for causing climate
change yet are the ones who are being impacted the most. That is why I am here
today.”
We need a just transition of the world’s workforce and the creation of decent
work and quality jobs for all workers. That, however, cannot be achieved within a
process so deeply corrupted and controlled by vested and opportunist interests
committed to an economic model named Capitalism that guarantees social and
environmental catastrophe.
Unite union supports those successfully taking action for climate justice in their
own communities and workplaces and everybody planning on engaging in civil
disobedience this coming weekend with the realistic expectation that the 21st UN
climate negotiations will not achieve the climate justice we need.
Links:
Labour unions push for a ‘just transition’ at COP21
http://www.equaltimes.org/labour-unions-push-for-a-just#.Vmi_Kd-rSRt