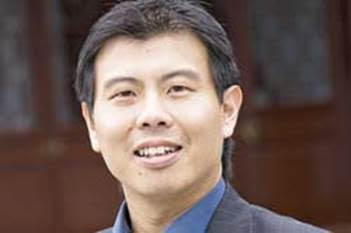 TAT LOO, like the ceremonial Chinese lion, is a potent mixture of playfulness and ferocity. Intelligent, articulate, passionate, politically impatient and singularly unwilling to suffer fools gladly, he set his sights on the Dunedin Labour Party about three years ago – and has only just run out of ammunition.

At a Special Formal Meeting of the Anderson’s Bay-Peninsula Branch of the Labour Party held in South Dunedin on Sunday afternoon (22/11/15) Loo and about twenty others announced that they were putting their controversially resurrected branch back into the constitutional limbo from which they had called it forth. Loo, himself, relinquished his executive role – but not before using-up us all his remaining shot and shell in a scathing farewell to a Labour Party he had, finally, despaired of reforming.

“Several of the current officers and LEC delegates of the ABP Branch have become deeply dissatisfied with the performance and direction of the Labour Party both locally and in Wellington and no longer wish to remain in their roles or continue supporting the party.” Loo explained in a posting on the Labour-aligned political blog, The Standard.

“Labour’s inability to be consistent in opposing the neoliberal/corporation-drafted Trans-Pacific Partnership Agreement, the softening of the stance against the 90-day right to fire, the ethnically divisive and ineffective tactics against Chinese property buyers in Auckland, the voting for National’s inequitable and discriminatory social welfare reform legislation, and the support of National’s spying and anti-terrorism bill,” said Loo, “all point to a Labour Party which is now lost at sea but does not appear to recognise that fact.”

Loo’s conclusion was grim. “The palpable sense conveyed has been that apart from minor tinkering, there are no likely or viable prospects for positive, real progressive change coming from the Labour Party in the foreseeable future.”

The veteran political journalist, Richard Harman, writing on the POLITIK blog, suggested Loo’s departure was not something over which the Labour hierarchy was likely to lose much sleep: “In fact [President Nigel] Haworth and leader, Andrew Little, might well regard the move as a minor victory in their quest to make the party more relevant to mainstream New Zealand.”

According to Harman: “Anderson’s Bay was exactly the kind of left wing Labour branch which enabled Jeremy Corbyn to become leader of the British Labour party, a move which now threatens that party with divisiveness and possible electoral ostracism.”

This is nonsense. Corbyn was nominated by a clear plurality of “constituency organisations” – the equivalent of New Zealand Labour’s “LECs” (Labour Electorate Committees). The disaffection in British Labour extended throughout the entire party and its affiliated unions. Had support for Corbyn been restricted to a handful of left-wing branches, the 66-year-old backbencher could never have been elected.

New Zealand’s “Corbyn Moment” came three years ago at the 2012 annual conference held at Ellerslie in Auckland, when the party rank-and-file rebelled against the parliamentary caucus. It was around this time that Loo’s public profile began to grow, especially after his Standard pseudonym, “Colonial Viper”, was “blown” by Dunedin-based opponents of the Labour Left’s champion, David Cunliffe – of whom Loo was a strong and vocal supporter.

Indeed, it is almost certainly the “Peace of Palmerston North” – shorthand for the restoration of more-or-less cordial relations between the party rank-and-file and the parliamentary caucus that was plainly in evidence at the party’s 2015 annual conference held in Palmerston North earlier this month – that accounts for the timing of Loo’s decision to recess the Anderson’s Bay-Peninsula Branch.

After the long list of political “sins” detailed in his statement, Loo was clearly devastated by the party’s quiescent response to what he saw as the Caucus’s continuing perfidy. The “revolutionary moment” had clearly passed, and with it any good that the rebel Anderson’s Bay-Peninsula Branch might have hoped to achieve. The curious failure of David Cunliffe to fire in the 2014 election, and the catastrophic defeat it presaged, has reduced the Labour Left to a demoralised and thoroughly chastened rump.

Time to go. Loo’s parting shot was delivered with considerable accuracy at the Grant Robertson-led faction of the party, which, he believes, is slowly-but-surely gaining the upper-hand in the Little-led caucus. “We want no part of propping up the Thorndon Bubble careerist ‘pretend and extend’ set any further and will be moving on to new political projects.”

Like Mao Zedong, Tat Loo is gathering what remains of his revolutionary army and setting forth on his own “Long March” to Ya’nan.