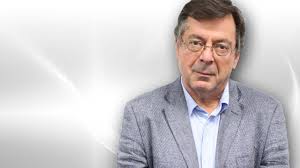 I’m not a fighter.

But I wish I was one.

I was lucky enough to train Muay Thai with former pro-fighter turned trainer Richie Hardcore, and his team – Team Hardcore. I worked with them on and off for about a year and a half.

Originally the plan was to fight, but truth be told, I simply didn’t get good enough.

If I had, though, I’d fight in a heartbeat.

And even though I never stepped in the ring, I have no regrets about the training I had. Through learning the basics of Muay Thai, I discovered more about myself than I ever thought possible. And met some of the most amazing people that I can now call friends.

And the women I’ve met who do fight?

I’m constantly in awe of them.

Which is why I was compelled to respond to Newstalk ZB’s Leighton Smith’s comments on women fighters.

Leighton, like most of New Zealand, had seen that footage of Ronda Rousey being knocked out with a head kick in a recent UFC title fight. I didn’t see the bout, but I’ve seen the footage. There’d be few that haven’t.

On Tuesday I listened as Leighton, and his callers, gave their views on women fighters in general. Women should be nurturers one listener suggested. Mothers. Fighting is the furthest thing from that. Leighton agreed. He also suggested that by battling in the ring, women are basically inviting domestic violence. Some men (not Leighton, he was quick to point out) would assume that since women want to be like men, and fight, that hitting a woman during an argument would be fine too. Leighton likened women fighting in the ring to animals.

To those comments I say the following:

If I ever decide to have a family and become a mother, I hope that my child will look at me and see a strong, confident woman who isn’t afraid to leave her comfort zone and pursue whichever dream she decides to chase. And do it passionately and with fierce dedication and determination,  I hope that they look at me and see a person who isn’t scared of hard work; who has a strong desire to reach her goals and can not only win but also lose graciously. I hope my child looks at me and sees a woman who is supportive of her peers, who cares strongly for the people around her, who overcomes adversity and finds a way to come back stronger. I hope they see a woman who believes in herself. I hope they look at me and see someone who knows the value of respect.

I hope my child looks at me and can say proudly, “My mum is brave.”

To me, that is being nurturing. To me, those are the best values to instil into a child. For me, those are just a few of the things that training in combat sport taught me.

When I started training with Richie, my brother had just died suddenly. I was lost in a world of grief. I had no confidence, no focus, I drank and smoked too much and my fitness was non-existent. I didn’t know where my life was going. In all honesty, at that time, I probably didn’t care.

As training progressed, so did my confidence. I got better, stronger, fitter and more able to face new challenges. Sure, I got scared. A lot. In fact, stepping into a ring to spar with my trainer for the first time was one of the most personally confronting and frightening experiences I’ve had in a long time. The sense of achievement and self-confidence through doing it though? Indescribable. Throughout my time training I’ve been lucky enough to meet and work with women of all levels, from beginners to champions. And every single one of them inspires me to be a better person. Not one of them is an “animal”. Each one of them encourages each other. They know what they want and they don’t quit until they get it.

I’m sure there are those in the sport that don’t possess those attributes. Maybe I’ve been lucky to be involved in clubs, events and with coaches that nurture those values. But I don’t think so. I’m sure there are undesireable people involved in combat sports. There are undesireable people in all walks of life. Fighting wouldn’t turn them that way. From what I’ve witnessed, it tends to do the opposite.

If I have a child, and manage to pass any one of those traits down, I’ll be pretty proud of my ability to “nurture”. And pretty grateful to Muay Thai for helping me gain them.

Combat sports, whatever the discipline, is exactly that – sport. It requires dedication, fortitude, focus and determination. Yes, it gets violent but hours, months, years of training prepares a fighter for that. Yes, women get in the ring and attempt to hit harder than their opponent. What Leighton may not know about is the camaraderie, congratulations and respect shown before and after those few rounds inside the ring. True fighters, and every fighter I’ve had the pleasure of meeting, knows that respect outside the ring is just as important as fighting hard inside it.

One woman told me once that she would never want to fight or spar with somebody that she wasn’t friends with. Her reason? Fighting out of anger or lack of respect would feel too violent. And feel inherently uncomfortable.

There’s another thing though, that Leighton suggested, that compelled me even more to respond. That was the notion that women fighters somehow invite domestic violence by wanting to be equal to men and inflicting violence on each other.

To be fair, I understand the misconception that Leighton has. Before I began training I, too, thought that fighting was barbaric and archaic. I never watched combat sports on TV, and something seemed instrinically wrong about women fighting. Until I started training myself.

Firstly, I’d never date a rugby player and assume that meant I could tackle him to the ground when we argued. If I was seeing someone that had a weekend demolition derby hobby, I wouldn’t go driving headfirst into his car if he didn’t take the rubbish out. I don’t know anyone that would live by that mentality.

I’ve come across many people in the sport of Muay Thai. Both men and women. I’m yet to hear of any domestic violence that was brought about by a female deciding to be a fighter. I’m also yet to meet a male within the sport that isn’t vehemently opposed to laying an unregulated hand on a women, under any circumstances, unless training in the ring.

In fact, Leighton, the men I’ve met involved in combat sports are some of the biggest advocates against violence toward women that I’ve met. Many of them are also amazing, nurturing fathers, boyfriends, friends and advocates for social justice.

And the women? Many of them happen to be incredible mothers, girlfriends, wives and friends. They’re lawyers, writers, salespeople and charity workers.

They’re some of the most nurturing people I know.

They just happen to know how to throw a round kick better than most.

I don’t want to be equal to men, Leighton. I want to be comparable to the women I’ve met over the past two years.

As I said earlier, I never made the cut to fight, and that is my one regret.

So before you judge the sport based on a few seconds worth of footage, Leighton, I invite you to come and watch next time a local fight event is held. I’ll even shout you a ticket.

I am constantly proud, impressed and inspired by the women I’ve met on my Muay Thai journey. I’m thankful to have been able to call them teammates and friends. I’ll be forever grateful to my coach, my teammates, every person I met involved in the sport and the sport itself for teaching me more about myself than I ever thought possible.

I’m stronger, healthier and happier because of it.

In all honesty, I reckon those three things alone would make me a whole lot better at being a nurturing mother, too.

Amberleigh Jack is a free lance writer for Metro and Muay Thai trainee. 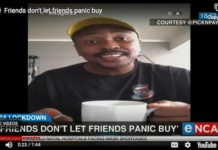