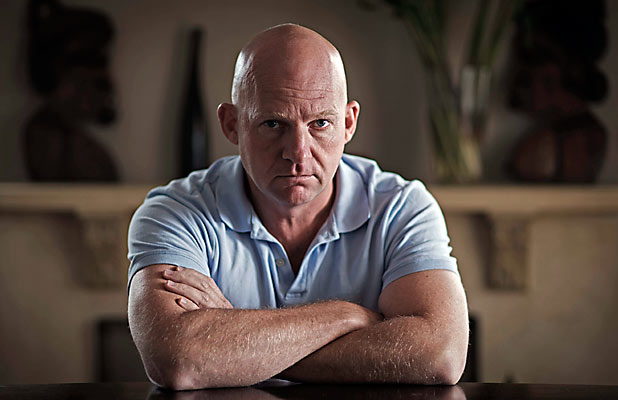 Every now and again we see former Act leader, Dr Jamie Whyte, popping up on current affairs panels, such as his appearance on The Nation three weeks ago. Whyte is always happy to discuss his ‘classical liberal’ laissez-faire philosophy, and apply it to any issue put to him, be it guns or the PM’s penis. (Whyte’s political philosophy is also called minarchism, and one of its intellectual leaders was Robert Nozick, author in 1974 of Anarchy, State and Utopia.)

His is such a simple philosophy, about the primacy of private property rights on all matters. People must be allowed to do whatever they want with whatever they own, so long as they don’t harm others. Thus it’s not really about economic outcomes, or economic ‘efficiency’, as neoclassical economics (or even neoliberalism) most concerns itself with. It’s a seductive, very simple, and easily communicable message of aspirant personal freedom.

What this philosophy lacks is any coherent sense of ‘publicness’. Filling this void is a very menacing entity called ‘the state’, which is allowed to interchange semantically with ‘the government’, making governments themselves agents of menace. As such, governments cannot be agencies of the people which facilitate the public expression of the good lives that most of us wish to lead. Ronald Reagan once declared that governments are the problem, not the solution.

To make matters worse, the school of political economy that defined modern classical liberalism in the 1980s called itself ‘public choice’; a complete misnomer for a philosophy that only validates private choice. In public choice theory, ‘the state’ is a kleptocratic ‘stationary bandit’ with its hands perpetually in our pockets, stealing from us and imposing deadweight costs on our lives. In the early 1980s, Treasury’s bible was Mancur Olson’s The Rise and Decline of Nations (1982).

In the twentieth century the most read publicist for the philosophy of selfishness was Ayn Rand – whose most famous titles were The Fountainhead and Atlas Shrugged. She called her version of laissez faire ‘objectivism’; another mis‑moniker. There can be no philosophy more subjective than one which extols selfishness as its core value. For minarchist libertarians, there are two conflicting principles – that of self‑interested individualism and that of ‘altruism’.

In this philosophy of extreme liberalism, the world is populated by individuals who transact with each other in consensual fashion. There are three main forms of transaction – pure market, sexual, and venturing. The first two involve just two parties and are essentially casual meetings of buyers and sellers, or of potential sexual partners. The latter (‘venturing’) involves the formation of ‘companies’ – temporary collectives with the status of individuals. In all cases, individuals, mindful of their self-interest, are free to contract into longer term relationships. They will do things like marry if each contractee calculates such a contract to be individually advantageous. (Chicago economist Gary Becker – especially in the 1960s and 1970s – applied such concepts to pretty much all aspects of private life. It has been called New Home Economics.)

Altruism is perpetually scorned as a kind of race to the bottom, whereas self-interested individualism gives us the ‘invisible hand’ that allows libertarians to believe in selfishness as a virtue. Altruism is portrayed as self-sacrifice; a loss incurred by the altruist in favour of a gain for another individual. The idea that most altruism in practice is giving to the collective – not giving to other individuals – is lost because the whole concept of ‘public’ is so diminished in minarchist thinking. Uncalculated private-to-public giving – a core feature of actual economic life – simply does not compute in individualist terms.

The underlying ideas of classical liberalism go back to the years either side of 1700; specifically the writings of English philosopher John Locke (who helped bring about the English revolution of 1688) and the Anglo‑Dutch satirist Bernard Mandeville. Mandeville’s ‘Fable of the Bees’, subtitled “Private Vices, Publick Benefits”, is the real source of the selfishness mantra.

Adam Smith’s ‘Invisible Hand’ was much more couched. Smith said that, “frequently”, self-interested motives yielded desirable collective outcomes. This famous passage was in Book 4 of The Wealth of Nations (1776); the section on international trade. It was out of self-interest, Smith argued, that people preferred to invest in local rather than foreign enterprises, and therefore trade policy towards protectionist ends was not required.

The key idea of Jamie Whyte’s individualism is that any subjective behaviour is OK so long as nobody is harmed. The secondary idea is that the discipline of competitive market forces eliminates bad choices. Thus the free market is actually quite punitive, and not nearly as free in practice as it is in legal statute.

The central weakness of this philosophy is the capacity for systemic (usually unintended) harm arising from individually selfish choices. One area of harm is the emergence of inequality that arises from the atomisation of wealth. In the end the ‘losers’ in these free competitive processes become forced to sell assets or incur debts in order to survive. When these losers eventually and inevitably become insolvent they must concede first their lands and then themselves to their creditors. The losers stand to become someone else’s property. Laissez-faire capitalism without a public context eventually slips into feudalism, whereby human beings become bonded to the minority who made the most fortunate or the most ruthless private choices.

Still one of the best social commentaries ever written was The Social Limits to Growth (1976) by Fred Hirsch. A book of two halves, the first half describes how increasingly our choices are motivated by our desires to gain status rather than comfort, and to soften discomfort (through defensive consumption) if we find ourselves becoming losers in capitalism’s corrosive calculus. The second half of the book goes deeper into the self‑undermining nature of capitalism as we know it; of capitalism with a one-dimensional private focus, of capitalism that inevitably loses the moral foundations that underpinned its early success.

I’ll finish here with one example from history. Today I read The Economist book review (Grey and dreichy, 7 November 2015) of London Fog: A Biography, by Christine Corton (Belknap Press). “Pea-souper” fogs recurred frequently in London from the 1830s to the 1950s. “Pea-soup fogs were quite different [from the ‘dreich’ that London had always suffered from]; they were so polluted with soot from domestic and industrial coal fires that people coughed up black mucus. As The Times put it in 1853, London’s fogs converted ‘the human larynx into an ill-swept chimney’.” The Economist goes on to note that:

“The difficulty for the clean-air reformers was that unlike, say, sewage or water, fog was never a candidate for grand public engineering works. The answer was regulation, which brought legislators up against the two great pillars of a capitalist society: the free market and private property. Industry’s right to buy the cheapest, smokiest coal, and the citizen’s right to his or her own fireside, meant that every attempt at properly enforceable anti-smoke legislation was doomed – until the Clean Air Acts of the 1950s and 1960s.”

Dr Whyte is not all trite. Economic freedom is a value to be cherished. It can be supported by capitalism, but not capitalism as we know it. Rather, capitalism with two faces, public and private; not the one‑dimensional nonsense that we were force-fed in the 1980s. The public is a silent equity partner in all capitalist enterprises. Too silent.