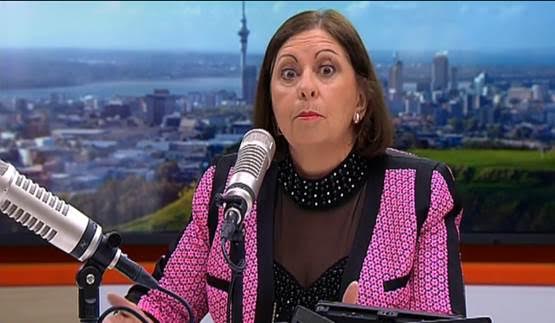 “PARADING THEIR VICTIMHOOD” is how PR maven and former National Party President Michelle Boag characterised Wednesday’s walk-out by Opposition women MPs. Justifying her lack of sororal solidarity, Boag, explained that: “Every other woman in New Zealand who’s been the subject of a sexual assault doesn’t get the opportunity to do that. They weren’t saying, ‘Look, if you’ve had these issues, here are all the people you can go to for help’, they were standing up and saying, ‘Poor me’.”

This is, of course, no justification at all, merely an attempt to divert attention from the behaviour of the Prime Minister and the parliamentary protest it inspired. The Green Party and Labour Party women who rose to take offence at John Key’s accusation that they were “backing rapists” – some of whom had their microphones turned off by the Speaker and were ordered from the debating chamber – are members of the House of Representatives. And that is precisely what they were doing. They were representing all those women outraged by the Prime Minister’s willingness to tap into the dreadfulness of rape for no better purpose than to score points off and distract his political opponents.

As Boag, herself, reminds us, not every victim of sexual assault gets the opportunity to do that. Or, as Green Party List MP, Jan Logie, put it: “We used what we could as representatives of others in the country to point out that to him, as a leader, he needs to take responsibility for his actions and their consequences on others.”

Rather than pouring scorn on the women from the Opposition, Boag should have been upbraiding her sisters in the National Party for not having the courage to join the Opposition women’s protest. Then again, perhaps the National women were happy to go along with their party leader’s cynical exploitation of such emotionally-charged words as “rapist”, “murderer” and “child-molester” to distract the nation from their government’s failure to adequately defend the rights of New Zealanders detained in Australia’s concentration camps.

Perhaps, if New Zealand was blessed with a Women’s Minister who was happy to describe herself as a feminist, a mass walk-out of all women MPs might have been the result. Perhaps, if the last two Ministers for Social Development, both of them women, had been willing to educate their male colleagues about the endless, wearing, anxiety of being a woman without resources or influence, with two or three children to house, feed, educate and keep healthy on a Sole Parent Support benefit of $295.37 per week, there would have been no need.

Because then, their empathy aroused, those National Party men would not have been willing to countenance any reduction in the monies allocated to Rape Crisis Centres and Women’s Refuges. Nor would these compassionate conservatives have tolerated for a moment a Police Commissioner who was unwilling to impress upon his senior officers the unequivocal legal and moral obligation to prosecute any young man who intoxicates, violates, and humiliates on-line, any young woman.

Knowing how committed his male colleagues were to addressing New Zealand’s appalling record of domestic and sexual violence, the Prime Minister would then have understood that accusing the men and women of the Opposition of supporting rapists, murderers and child-molesters was tantamount to announcing his intention of instantly surrendering the office of Prime Minister to someone more protective of its worth and dignity.