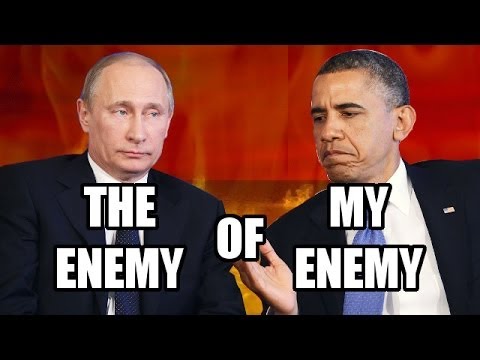 One television programme I find quite compelling is National Geographic’s Air Crash Investigation, or ‘Mayday’ when it’s screened on Prime. Indeed the crash of the Air New Zealand test flight near Perpignan in France on 29 November 2008 has featured on this programme, though I recall no major news reportage at the time the case was finally resolved. (See Final moments of Air NZ test flight, Stuff 3 March 2014.)

There’s the painstaking use of the scientific method that accompanies a truly professional inquiry. Different hypothetical causes of a crash are systematically tested and then ruled out (disproved). Then there’s the fact that catastrophic outcomes generally have multiple causes, including human error arising usually from confusion or deference. If something – even something major – goes wrong in the mechanics of a modern airliner, that aircraft can usually still be guided towards a non‑catastrophic outcome, if the people concerned make the optimal decisions.

New Zealand is not covered in glory when it comes to major crash investigations. The 29 November 1978 crash on My Erebus was subject to two major investigations which yielded two apparently conflicting culprits. The reality of course is that both findings were correct, but that neither told the whole story. The airline did mis‑programme the DC10 aircraft, and tried to cover up their mistake. Yet the pilots should never have been flying at low altitude anywhere vaguely near a mountain that they couldn’t see.

The recent investigation into the 4 September 2010 Fox Glacier crash was a fiasco. Destroying evidence at any time, let alone so soon after the event, was at very least highly unprofessional and it suggests that someone with something to hide was aided if not abetted by the authorities. (See ‘Arrogant’ crash agency criticised for Fox Glacier investigation handling, Stuff, 29 October 2015; Craig Foss should demonstrate accountability, Labour Party Press Release, Scoop, 2 November 2015.)

The worst crash investigation debacle in New Zealand that I recall was the appalling investigation to the Mikhail Lermontov sinking in 1986. The New Zealand pilot crashed the passenger liner in Marlborough Sounds and could have caused the loss of over 700 lives. The Russian senior crew who trusted him faced substantial consequences when tried back home in the Soviet Union. The person who admitted crashing the ship (but not why) escaped with a barely wet bus ticket. (25 years on, ship pilot still silent, Marlborough Express, 16 February 2011; Lermontov sinking still lures conspiracy buffs, NZ Herald, 16 February 2006.) He had been investigated by one of his best mates.

We now have a new mystery on our hands. The truth of Kogalymavia (Metrojet) Flight 9268 (of Russia), lost last weekend over Sinai (Egypt), may remain opaque for a long time, possibly forever. (Refer Bomb Is ‘Possibility’ in Loss of Russian Jet Over Egypt, Obama Says, New York Times, 5 November.) Initial media coverage in New Zealand was minimal, thanks to the saturation coverage of the Rugby World Cup final. However, once I got the general picture, and then heard the ISIL claim that they (or affiliates) brought it down, my thoughts turned to the Al Jazeera documentary that I watched last year about the bombing of Pan Am 103 over Lockerbie, Scotland, in 1988. (See Lockerbie Bombing: New Investigation Points To Iran, Business Insider, 11 March 2014.)

The conclusion of the Al Jazeera programme was compelling. Lockerbie was utu for the confused shooting down of Iran Air 655 over the Persian Gulf by the United States warship USS Vincennes. Yet the ‘official’ verdict is that Pan Am 103 was downed by Libyan agents. (This case is the Teina Pora of global politics; essentially an egregious cover-up.)

So my mind wandered to Ukraine, and MH17. (See this Harvard Review story Sorry, but Iran Air 655 is Not Equivalent to Malaysia Flight 17, 7 August 2014.) Could Flight 9268 have been utu for MH17? And could ISIL be being set-up in the same way that Libya was after Pan Am 103? Or could ISIL have been infiltrated? In fact, one could argue that the CIA and MI6 would be quite deficient organisations if they do not have people acting under cover within ISIL. Presumably such agents could be nudging ISIL towards Russian rather than western targets. (Indeed, my favourite Sam Neill character is Sidney Reilly in Ace of Spies.)

Wearing my suspicious hat on Sunday evening, I watched a recording of Michael Moore’s Fahrenheit 911. Moore depicts the GW Bush administration as being economically bound to Saudi Arabia, indeed to (among others) the Bin Laden construction conglomerate. Moore described various cover-ups, including a rapid evacuation from the US of members of the Bin Laden clan immediately after the 11 September 2001 (‘911’) attacks on New York and Washington. Moore intimated that the subsequent invasion of Iraq (18 months later) was in part cover for the more embarrassing story that 911 was really an attack emanating from within one of America’s staunchest allies.

During the week I decided to watch Al Jazeera’s very recent two-part documentary Enemy of Enemies: The Rise of ISIL, 26 October 2015. It was a very interesting reveal of the Byzantine relationships and alliances this century in those former Assyrian and Ottoman lands we now call Iraq and Syria. The title ‘Enemy of Enemies’ initially related to an alliance formed between Sunni Jihadists and the post-Saddam Hussein remnants of the Iraqi Ba’ath Party. But, as the story developed that title gained multiple meanings. One relates to the sheer convenience to Bashar Assad’s brutal Alawite regime (Shia aligned) in Syria, in his ‘civil’ war, of the emergence of ISIL.

My sense is that a new geopolitical “axis” (the term used in ‘Enemy of Enemies’) is forming, with the nearly 1400 year sectarian conflict between Sunni and Shia Muslims defining that axis, and the strong economic and geopolitical links between Russia and Shia regimes in the ‘Middle East’ (Iran being the biggest of these) giving it global reach.

If this is the emerging axis – and one that may one day include China (given its interests and Security Council vetoes of western action against Assad) – then (to persevere with World War 2 vocabulary) who are the allies? Maybe we can think of an extension of the US-Saudi alliance. And we can think back to the 1980s and the Iran-Iraq War. That was when Saddam committed his atrocities; and he was then the west’s man.

So, I’m kind of imagining a Sunni-NATO alliance, and a Shia-Russia axis. Whose side does that place ISIL on? What’s the betting that soon we may see ISIL’s wickedness being downplayed a tad? (And indeed, I gather from another Al Jazeera doco this week that ISIL is having far more effect on weakening the Taliban than the USA ever did.)

Of course it’s all speculation. But speculation is a synonym for imagination. It helps us to join the dots, to create some structure to events that are clearly important but otherwise senseless.

I would like to see a world where the speculations that are central to the technique of competent air crash investigators are combined with their scientific ‘ruling out’ processes. If it’s not ruled out it’s still in. And once we’ve applied this method to geopolitics, we can start using it to assess other sacred cows, such as monetary policy and the other arcane conundra of finance and macroeconomics. Our understandings of the global ‘Great Crash’ of 1929 and the associated ‘Great Depression’ of the 1930s remain as blurred as our understanding of who brought down Pan Am 103, and why it happened.