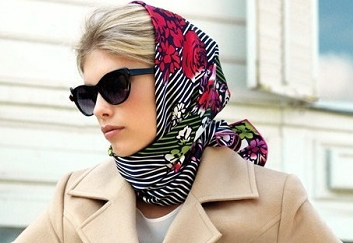 A recent incident in Auckland highlighted that racism is still very much alive in our country. The case of Fatima Mohammadi being denied employment because she wore a piece of fabric on her head is indicative how far New Zealand has yet to go on being the tolerant society we would like to think we are.

According to some in our society, this is acceptable;

The garb of two internationally-recognised women below is very acceptable, and the wearers held in high regard by many throughout the West;

This is not acceptable, and elicits fear, prejudice, and intolerance;

One of the four women above was denied employment at a job interview, because she wore a head-scarf.

Can you guess which?

By any measure, this is a form of racism. Those who mask their racism by insisting that employers have a “right” to base their employment decisions on race, religion, ethnicity, etc, are trying to hide their prejudice behind the mask of “free choice”.

Otherwise, we end up with “free choice” being expressed like this in cafes, buses, and other public places;

“Freedom of  choice” to be racist has a corollary – it denies another human being the right to participate on an equal footing, based solely on religion, race, etc.

Do we really want to see signs like this springing up around New Zealand;

Perhaps the most bizarre way  racism is couched  is the proposition that forcing muslim women to abandon their headscarves is a “feminist” stance. Like the “freedom of choice” excuse, the “feminist” excuse is pseudo-progressiveness which masks the real ugliness that is racism.

Forcing a woman not to wear a certain style of clothing is no more feminist than telling her what she must wear. It is another  Orwellian concept which most of us are already familiar with;

The feeling of humiliation was one of my first lessons in the nastier side of human behaviour. As a child, I witnessed first-hand racist abuse meted out to my mother by local half-witted young men at an A&P Show. Two or three louts (I can’t recall the actual number) overheard her telling me and my siblings to stay close and not get lost in the crowd.

They obviously over-heard her talking to us in her native language. Being from Eastern Europe, her different language and accent was obvious.

They surrounded my mother and told her to speak English. They told her to go back home. They shouted menacingly at us. Powerless, we clung to her, until they got tired of their racist ranting and walked off.

Not the best experience for a six year old.

I’ve never forgotten the experience. That kind of thing sticks with you for the rest of your life.

There are those – usually privileged white, English-speakers – who will maintain that was simply “freedom of speech” when they publically harangued, intimidated, and frightened us.

Quite simply, this is not the Kiwi Way. In 1981, this country fought apartheid in a far-away country and there were mass protests in the streets as many New Zealanders resisted  state racism in South Africa.

If business-owners can discriminate on grounds on a headscarf, what is the next grounds for discrimination? As history shows, the human capacity for bigotry can start small and seemingly insignificant, and end up with a holocaust that forever impacts on the collective human psyche.

It seems that we have much work left here in Aotearoa to address our own attitudes.

A taste of racism