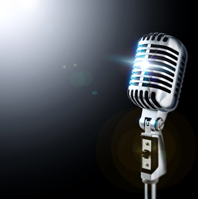 Hey everyone, thank you for contacting us with the problems you are having at the moment with posting comments.

While you may be told your message has been trashed or disallowed or denied, they are in fact all remaining on site.

So please be patient and your comments will turn up.

We are working on the problem and will have a solution soon.

PS -While we are having this discussion about comments, we have always felt moderated comments were a way to go to avoid trolling. The Internet can be a pretty rude place at times so we wanted to try and reduce that.

How would everyone feel about

a) Direct posts to blogs.

b) Moderation after publishing (if we went down this path we would need volunteer moderators).

c) We are going to start clamping down more on personal abuse between commentators and would like to open up thoughts form you the readers about what you would like to see in terms of comments and what the rules should be.

Please leave comments below. Thoughts on what we will do will be published middle of next month.